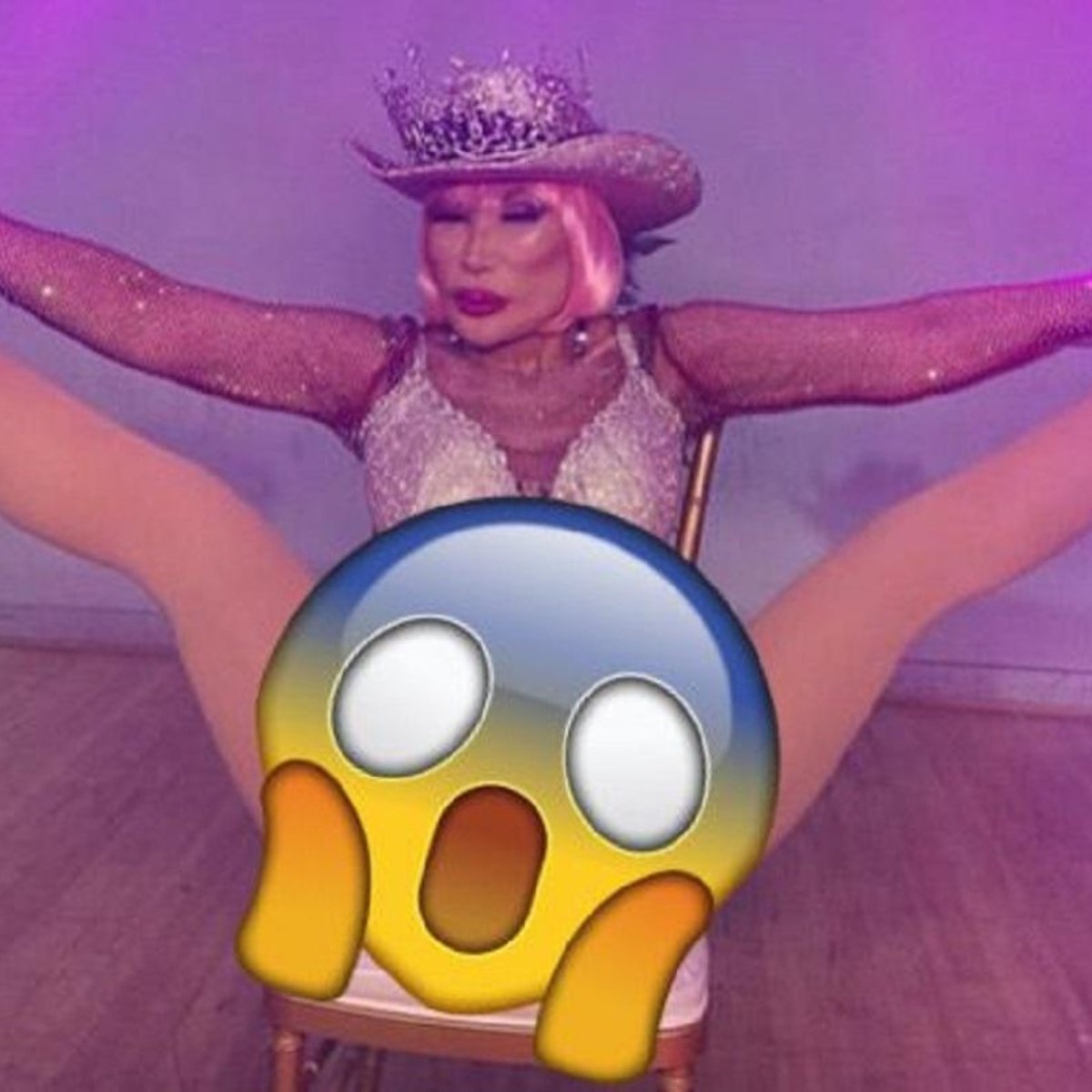 Lyn May is one of the Mexican celebrities who recently became a topic of conversation in social networks during the past weekend because he made a live broadcast from the gym.

It was in that transmission where he showed the strenuous exercise routines to which he submits to continue keeping himself in good shape at 69 years old and what caught the most attention was that the famous vedette almost ended up teaching too much.

It should be noted that Lyn May’s live broadcast was made through her official Instagram profile with the aim of inviting her audience to attend and support her in her presentation that she had within the LGBT+ Pride March of the City of Mexico.

Lyn May does this to stay in shape

On this occasion, the vedette appeared performing a series of sit-ups, however, what caught the attention was that in each push-up she made, the sweatshirt she was wearing rose up, so she ended up completely showing her bra, which gave rise to until his followers began asking him to teach a little more.

As if that were not enough, Lyn May made a break in her exercise routine to answer some comments, in addition, she also invited her followers to the LGTB + Community event and to encourage them, she promised that she would completely undress.

There is no doubt that this gave rise to her followers asking for an advance and the 69-year-old actress was also very accommodating and almost ended up showing her genital area, however, she was very careful not to do so to reiterate that if they wanted to see her completely al natural they had to accompany her to her presentation where she would perform her recent hits “La Loba” and “Claro que yes”.

IT MAY INTEREST YOU: Lyn May surprises by appearing with a rejuvenated face. Was she operated again?

You almost show your intimacies

The famous vedette who is famous for her statuesque body responded to all the comments she received, including some extremely risqué and even criticism for her physical appearance and her age, in addition.

He also put an end to the rumors in which he was assured that he wears a wig and showed in detail his hair, which is currently dyed pink.

It should be noted that not all the reactions to the video of the famous Lyn May were bad and critical because the vedette who began her career in “Always on Sunday” served as a source of inspiration for many people who were motivated and who assured that it is quite a example of life by staying so active despite her advanced age.