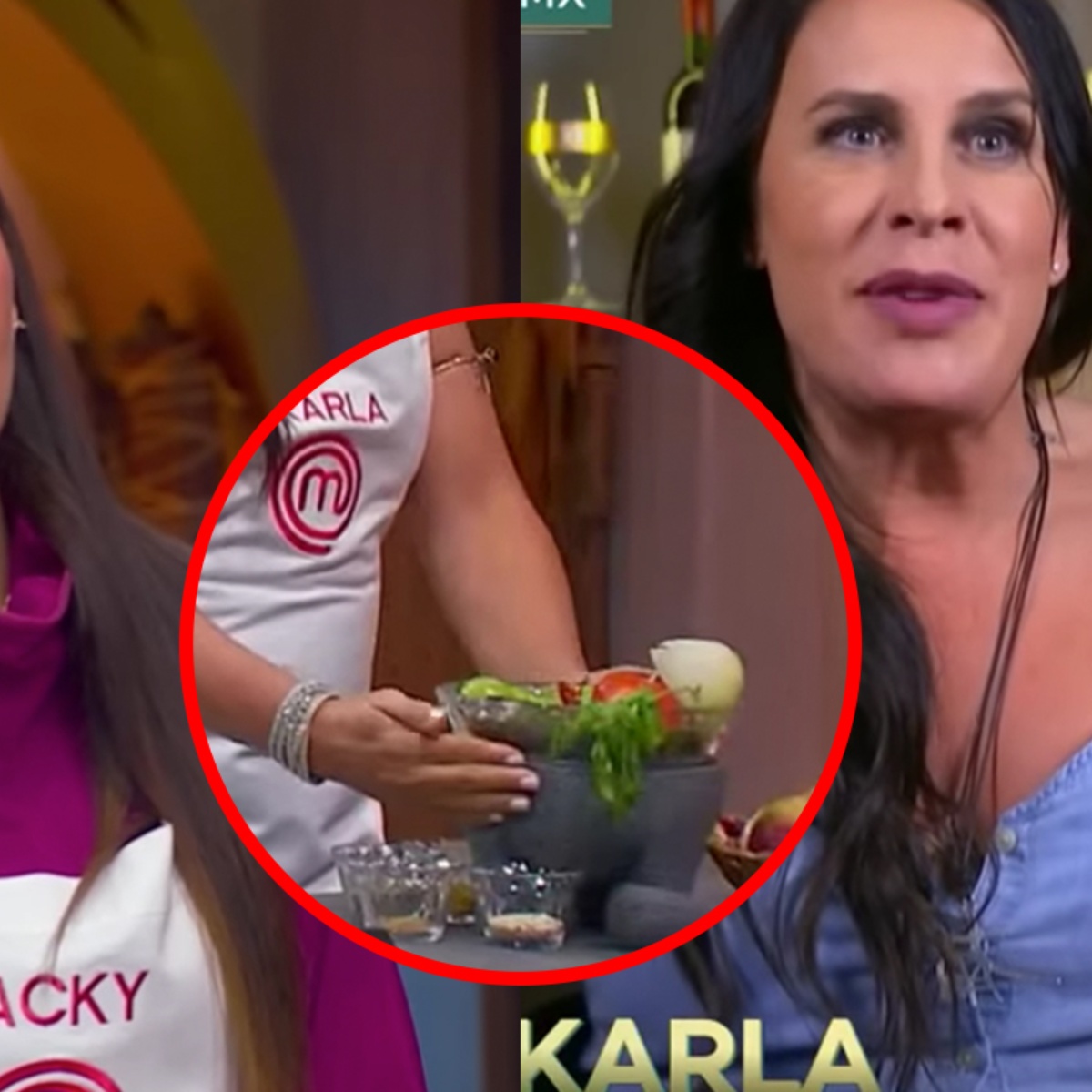 In American Post News We have shared with you what has happened this season of Master Chef Celebritybecause some celebrities have given something to talk about, such as macky Y Karla Sofia Gasconwho starred in a tense moment in the most famous kitchen in Mexico.

What happened? Here we tell you, because a claim by the athlete caused a stir on social networks, even on TikTok they have shared the video where González raised his voice for a comment that Gascón made in a kitchen challenge.

Previously we informed you that the MasterChef Celebrity participant confronted the judges, because one of the chefs told the contestant that he did not want to try the dish that had scorpions, but she insisted, which puzzled the expert, who decided to try saucer.

It all happened because Karla called the molcajete “pile,” which infuriated González and he did not hesitate to react and commented: “Hey, hey, it’s our molcajete, like a pileup.” Which surprised the other cooks.

But, Gascón kept calling the molcajete that way despite the comment made by his partner. On her part, chef José Ramón explained to González that the word Karla said means “thing”, so the former Exatlón athlete recognized her mistake and was sorry for her reaction.

It may interest you: They collect signatures to get Macky out of MasterChef Celebrity Mexico 2022

What did Macky have?

Some users have questioned whether the athlete Macky had surgery, as speculations have arisen that the 33-year-old Mexican athlete would have had her bust operated, because in her photos on Instagram she boasts the spectacular body she has.