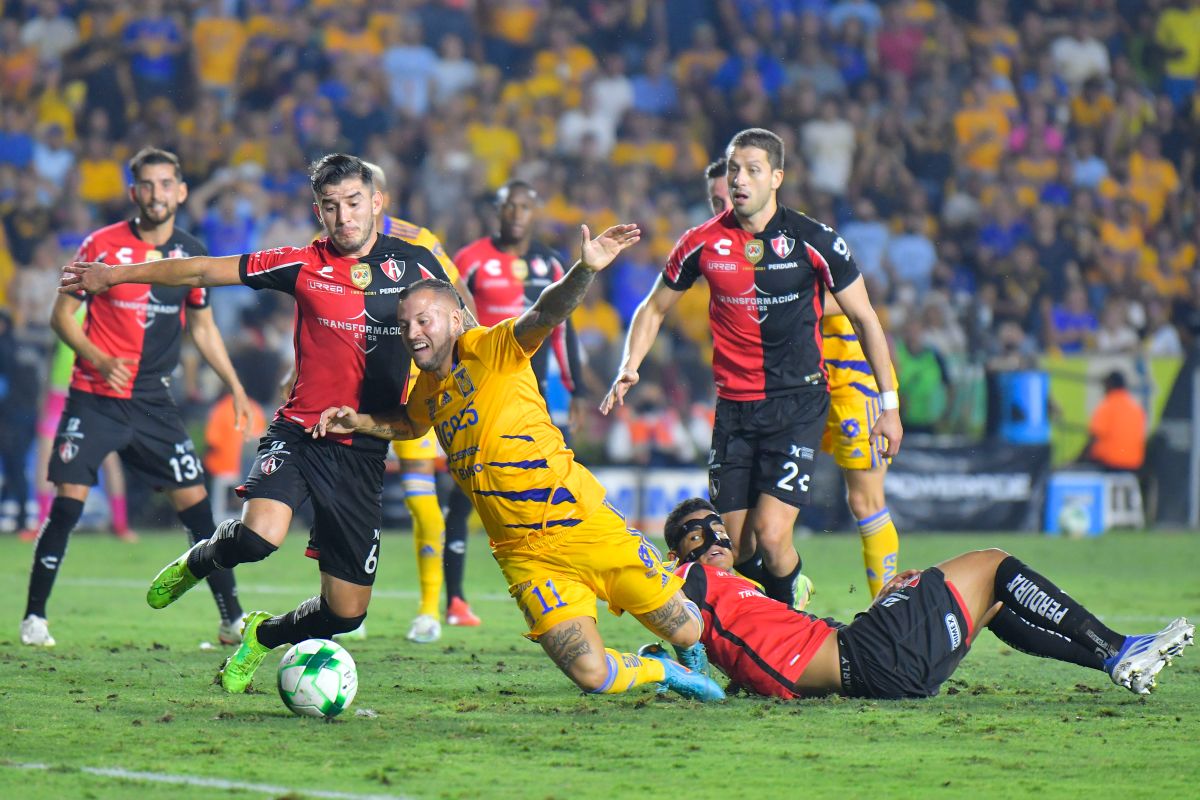 Liga MX had a great night this Saturday, May 21, with a crazy match in which, despite Tigres UANL endorsed the defending champion Atlas 4-2for the accumulated qualifying round those from Guadalajara managed to get into the final of the Closing Tournament 2022.

The first half ended pessimistically for the felines due to a goal scored by the visitors through Julián Andrés Quiñones.

But led by Andre-Pierre Gignac, Tigres showed claw and in the second half scored four goals; the Frenchman himself was in charge of three goals while Igor Lichnovsky scored the other.

Two of the Frenchman’s goals were from the penalty spot, controversial decisions but in the face of the evidence little protested on the bench of an Atlas that was dedicated to defending with up to eight players, totally involved in the background.

Enough time had been lost in the match played at the Nuevo León University Stadium, known as “El Volcán”, for the match referee to add 10 minutes of extra time, enough for the worst Atlas so far this year to score. the goal of salvation through Aldo Rocha.

Jesús Angulo was very important for Rocha, who was in charge of defining the series with 4-2 at 90+10.

Despite the blood and sweat of the felines, the overall tie was 4-5 in favor of Atlas who will seek the bi-championship this 2022.