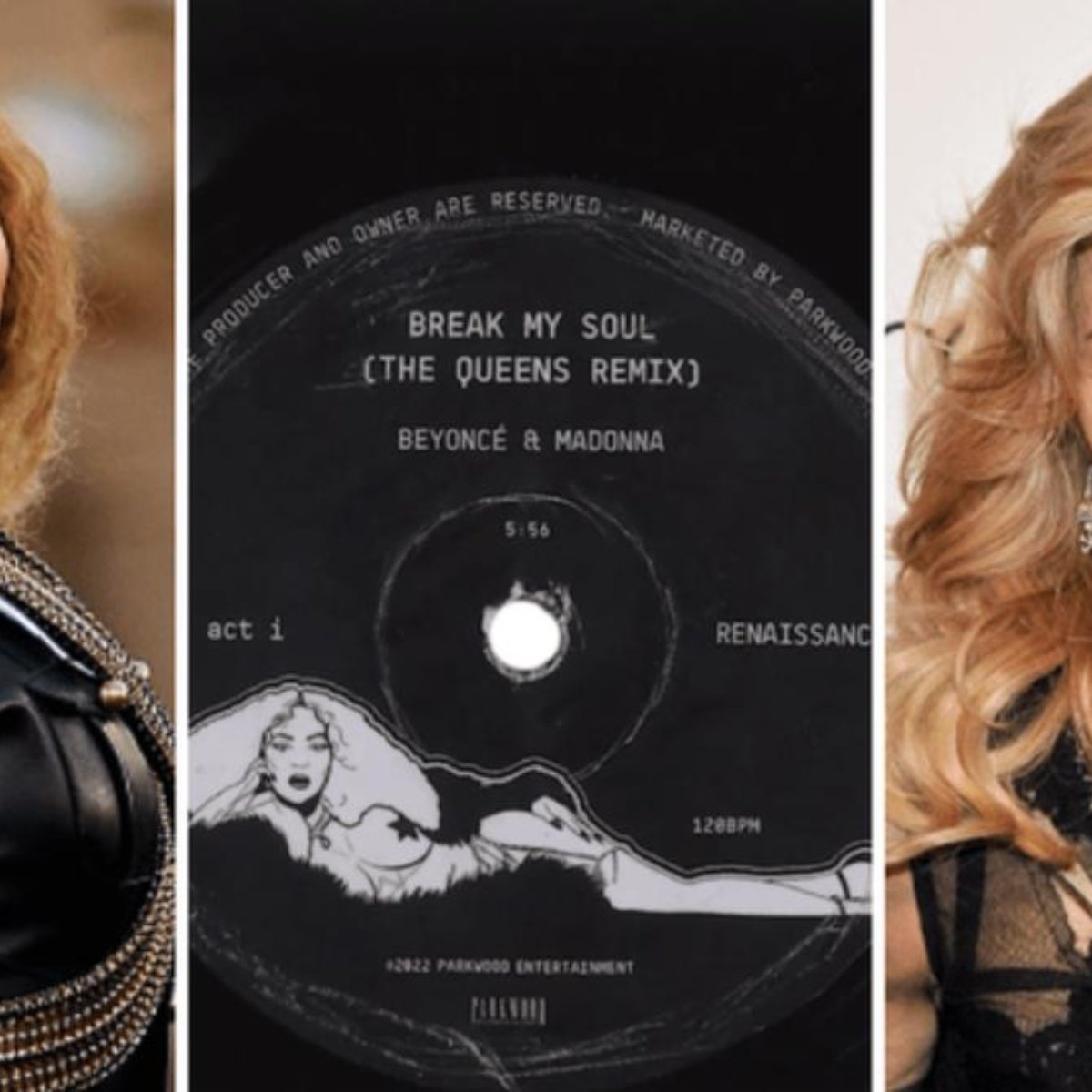 Great fury was experienced yesterday on social networks after Beyonce surprised his loyal fans with the release of ‘Break My Soul (THE QUEENS REMIX)‘ beside madonnathis being their first collaboration of the two within the music industry.

It should be noted that this is not an unprecedented collaboration, this is because the singer only included some snippets from ‘Vogue’a song that “La Reina del Pop” released in 1990 and that became one of the most iconic singles of her varied and extensive discography.

As expected, ‘Break My Soul (THE QUEENS REMIX)’ fans went crazy and not only for the simple fact of having the collaboration of the singer Madonna, but because pays homage to iconic black women like Rihanna, Nicki Minaj, Lauryn Hill and Aretha Franklin, among others.

‘Break My Soul’ is the first single from ‘Renaissance’name given to Beyoncé’s seventh record production and with which marks his return to music since 2016the year in which the album ‘Lemonade’ was released and with which there was a break to collaborate with Jay-Z and Disney on ‘Everything Is Love’ and ‘The Lion King: The Gift’ respectively.

It contains 16 new songs and has been a resounding success on digital platforms. Similarly, the cover of the album has caused great fury among the loyal fans because it shows the singer posing totally naked on a majestic luminous horse.

It may interest you: Beyoncé announces her return to music with ‘Break My Soul’

Why is Beyoncé so famous?

Beyoncé became famous thanks to her talent for singing, dancing and songwriting.. As AmericanPost.News mentioned before, the singer began her artistic career from an early age but she gained international recognition until she was part of the group ‘Destiny’s Child’ and in 2003 she launched as a soloist.