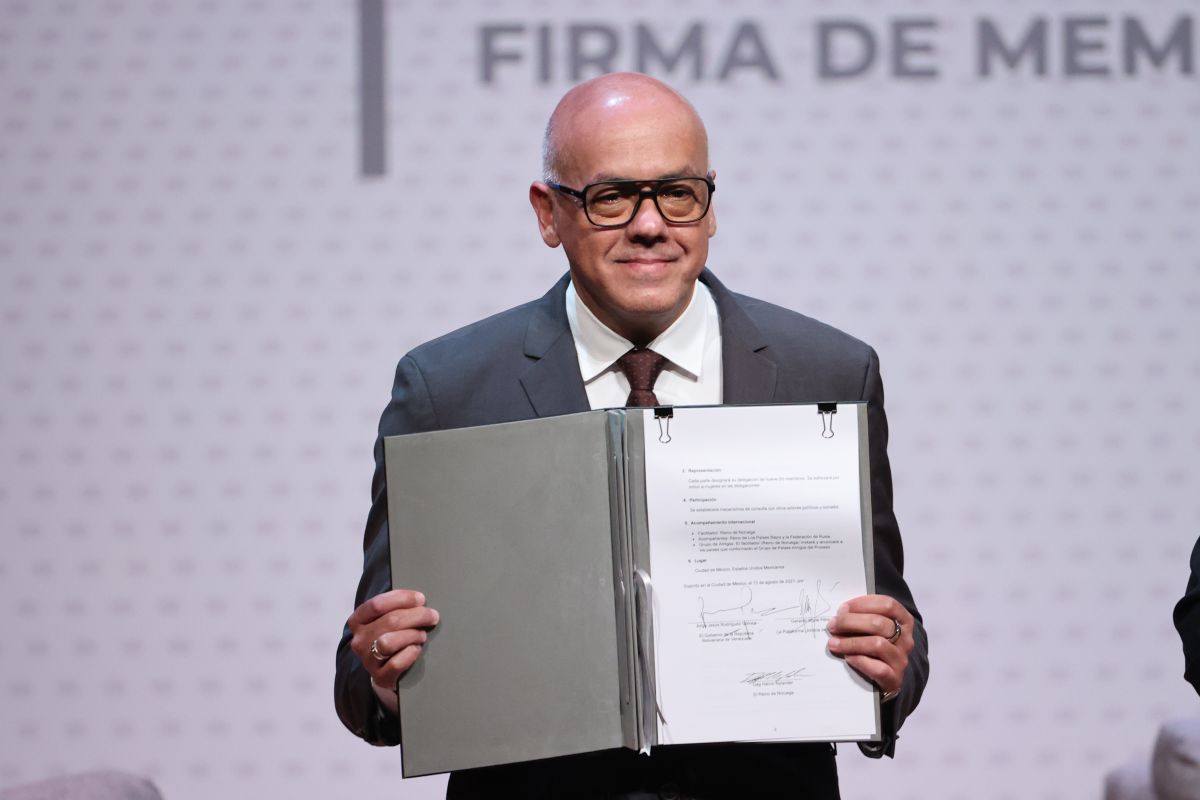 The head of the delegation of the Government of Nicolás Maduro in the negotiations in Mexico, Jorge Rodríguez, announced the suspension of his participation in the new round of dialogue with the Venezuelan opposition and various mediating representations, scheduled for this Sunday, in response to the extradition of Colombian businessman Alex Saab to US soil.

“We will not attend the negotiation round that would take place on Sunday in Mexico. We blame Ivan Duque, Juan Guaidó, Leopoldo López and Carlos Paparoni. We will defend our colleague Alex Saab, ”Rodríguez said during a press conference this Saturday night.

Likewise, Rodríguez warned that “Alex Saab’s life is in danger”, therefore demanded the US government’s immediate release of who would be accused of drug trafficking, laundering of dollars and fraudulent awarding of millionaire contracts that favor the government of Nicolás Maduro.

“This action against Saab constitutes a new aggression against our country by the United States,” said Rodríguez.

The Minister of Communications of Venezuela, Freddy Ñañez issued a statement this Saturday to reject the extradition of the alleged front man of Nicolás Maduro, Alex Saab to the United States, cataloging it as a “kidnapping” by the US authorities.

–Spanish justice approves the extradition to the United States of the Venezuelan Claudia Díaz Guillén, former treasurer of Hugo Chávez

–These are the two exceptions with which Venezuelans could participate in the US “Visa Lottery”.