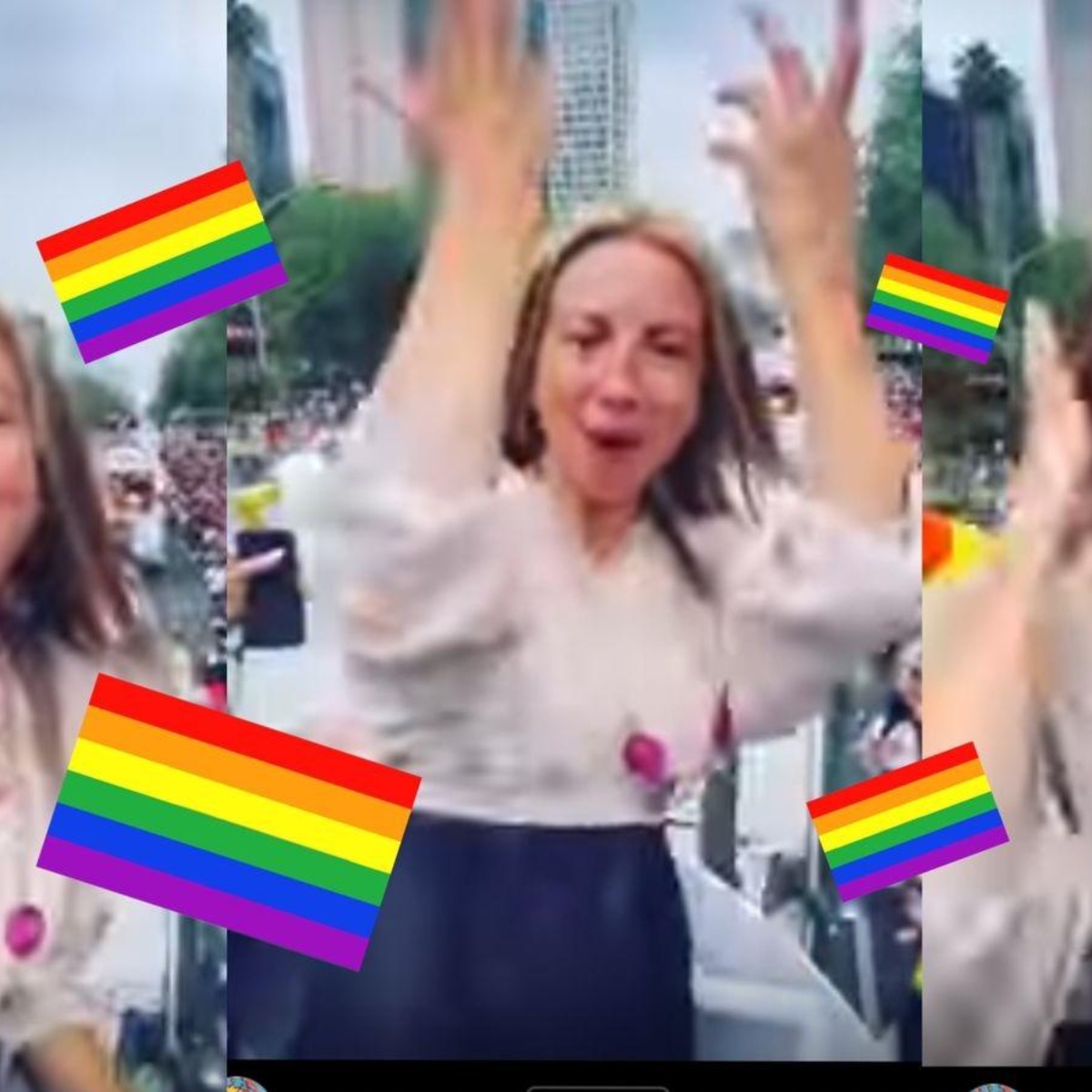 Mafe Walker, a medium who claims to have the ability to speak in extraterrestrial or alien languagewho after a few weeks ago attended the program Venga la alegría and went viral on the networks, was now captured at the celebration of Pride 2022 in CDMX.

It is not for less that memes and jokes immediately arose regarding the student of spirituality, who claims to have had an awakening, after which now possesses sensory extraterrestrial language communication skills.

As if that were not enough, after the interview with the famous Mafe Walker, musical themes with electronic and reggaeton rhythms emerged on the networks with the peculiar utterances of the woman born in Cali, Colombia in 1977, who has lived in Mexico for some time.

Mafe Walker at the Pride 2022 celebration

It seems that the famous Mafe Walker has not stopped being mediatic, since she was recently captured in one of the transport cars that paraded in the LGBT+ Pride March in Mexico City.

Apparently no one imagined that the mediatic woman was part of one of the largest diversity protests in Mexico City, so several took the opportunity to capture her in photographs and videos on June 25, 2022.

IT MAY INTEREST YOU: This is how Niurka reacted when she saw the video of Mafe Walker and her alien language

Not long ago, after the boom of its viralization, the TikTok user @alejandroromero8372 shared a video in which you can see the woman who claims to be part of “the galactic confederation” on board a public transport unit.

“Like when your spaceship breaks down and you have to travel in the combi.”

That is what the published video says, in the recording broadcast this Monday, June 20, you can see Mafe Walker dressed in an orange blouse, plaid pants and her usual pashmina. The medium wears a calm countenance and is seen concentrating on checking her cell phone without looking up from her.

The short clip generated more than 40,000 likes and almost 1,400 comments, where you can read: “What you don’t know is that you are on an astral journey”, “It is that your UFO is not circulating today”, “Nobody talks to you because they would not understand him, even that is seen to come in peace”, among many others.

It should be noted that Mafer Walker has reached high levels of relevance on the internet, however, it is not the only benefit she has achieved. According to what is known, the Colombian charges for sessions in which she promises to speak with beings from other planets.