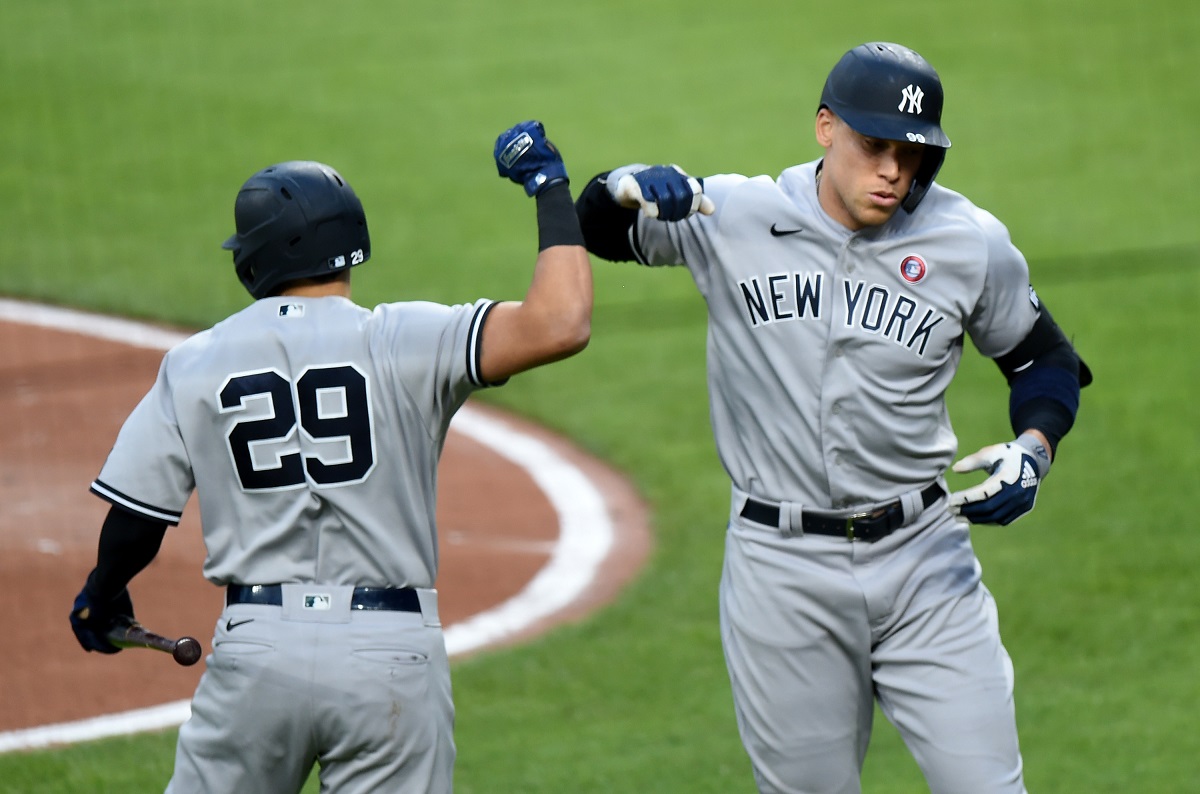 Major League Baseball continues to add each of the home runs connected by the outfielder of the New York Yankees, Aaron Judge. In fact, this Friday he dispatched his ball number 46 and according to a projection of The Majors, the “Judge” is on his way to becoming “King” of the home run in New York.

With this new hit, Judge could end the 2022 season with 66 homers and if it materializes, he will be surpassing the historical Roger Maris in the 1961 season and to become the number one bomber The Bronx.

Likewise, if the powerful right fielder manages to exceed 60 homers, he will also be imposing himself on the legendary Babe Ruthwho dispatched 59 balls in 1921 and 60 in the 1927 campaign, respectively.

Being a projection, the possibility remains open that he will achieve this amount or even less, but what is clear is that every time a ball falls into the stands, it will be one less in the distance of 73 of Barry Bonds.

Not to mention, he’ll also join a select group of players who have hit 60 or more home runs in the same amount. In this list, there is Sammy Sosa, Babe Ruth, Roger Maris, Mark McGwire and the already mentioned Barry Bonds.

Finally, with today’s blow against the Boston Red Sox, Aaron Judge He became the first player this season to top 100 RBIs. Demonstrating that his season is being a true MVP.