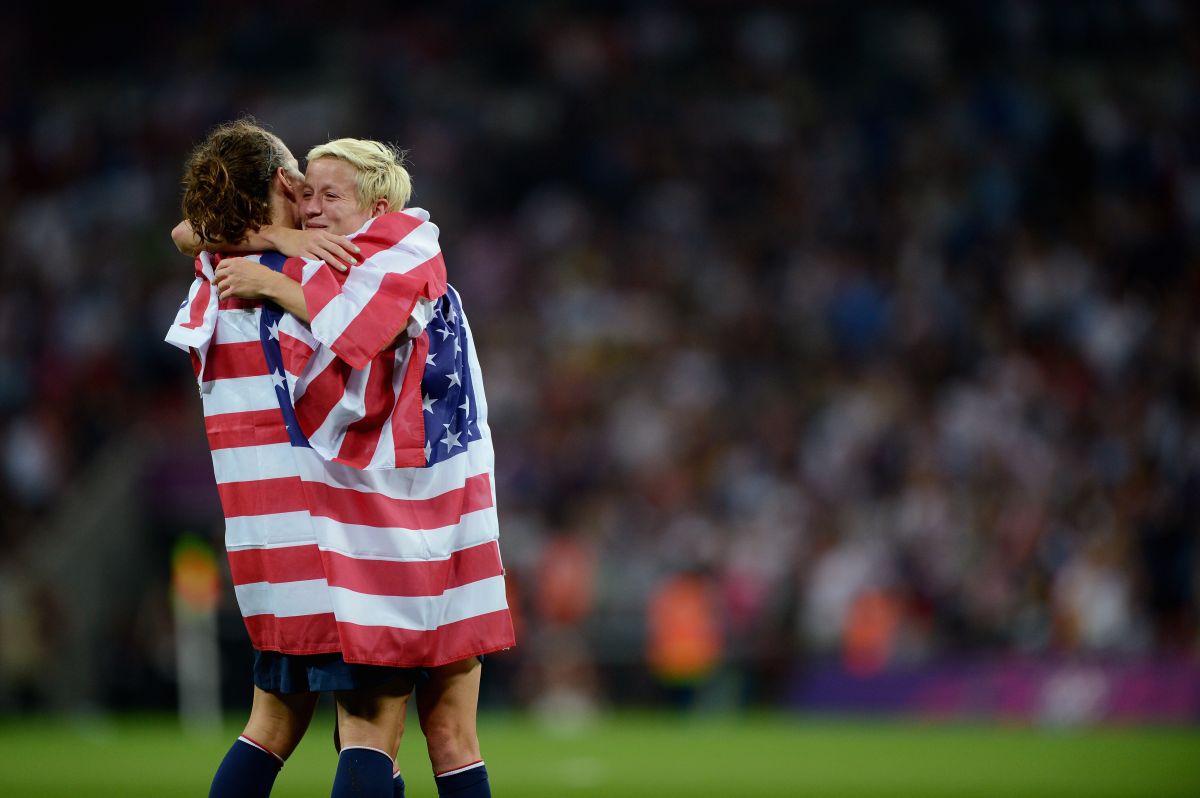 On July 7, 2019, after a dominant performance in the tournament, the US women’s national team took home their record fourth FIFA World Cup title, the second in a row.

Held in the host country France, the 2-0 final saw the United States take on the Netherlands, with the first goal scored in the 61st minute of the match. Following a video review, it was determined that American forward Alex Morgan, 30, had been fouled inside the penalty area, with forward Megan Rapinoe, 34, converting the penalty.

Eight minutes later, 24-year-old midfielder Rose Lavelle scored again. Both Rapinoe and Lavelle had suffered hamstring injuries earlier in the tournament but were cleared to play.

Rapinoe received the tournament’s Ballon d’Or (for best female player) and the Golden Boot (for most goals: tied with Morgan and Ellen White of England with six a piece, but Rapinoe played fewer minutes).

The team set a Women’s World Cup record with 26 goals and 12 consecutive winstying Germany as the only teams to score repeat championships.

The team’s 13-0 thrashing of Thailand in their opening match also set a record for most goals and largest margin of victory in a single World Cup match, for both men and women.

At the end of the end, fans chanted “Equal pay!” in support of an ongoing gender discrimination lawsuit brought by players Morgan, Rapinoe, Carli Lloyd and Becky Sauerbrunn against the US Soccer Federation.