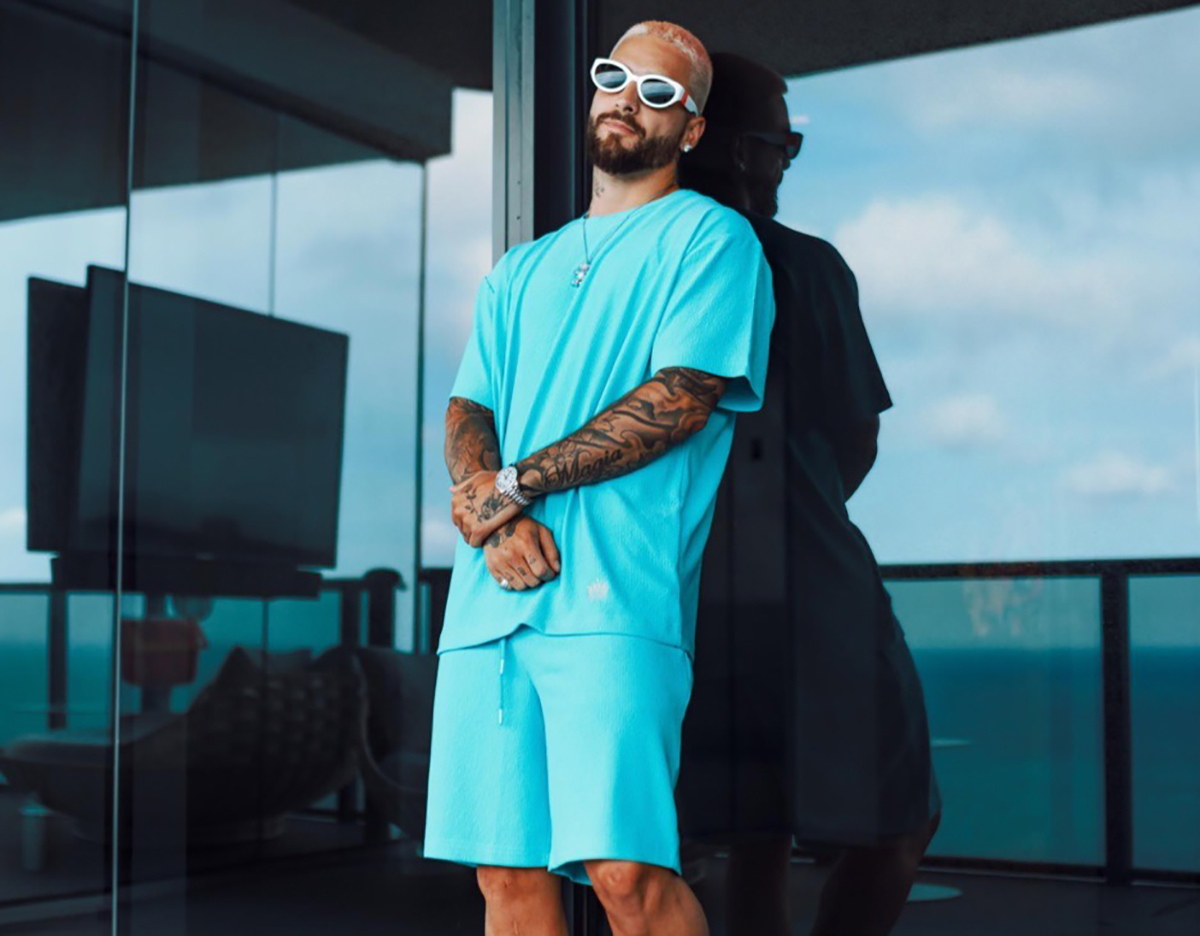 Maluma dressed up as ‘Marco Antonio Solís’ to go out and buy his collection at Macy’s… Yes, at least that was the first thing that came to mind when she saw herself with the look she chose to go shopping in Los Angeles.

Colombian singer He has just launched his summer collection, Royalty by Maluma, and decided to do an experimentwhich one?… Knowing what would happen if he was going to buy your own clothes at one of the Macy’s stores in Los Angeles camouflaged.

First he tried on an afro wig, and began to sing as if he were Celia Cruz, and finally he kept one that made him feel like Marco Antonio and so he took to the streets.

What happened when he arrived at the store in his costume? It didn’t work for him! They immediately recognized him and what happened in that store you can see in the video that Maluma shared, and you can find it below.

Maluma launched his new Royalty by Maluma collection for Summer 2022 exclusively at Macy’s, designed in association with Reunited Clothing. The collection is inspired by the Colombian coast.

“It is a very fun collection, it is for the summer, I hope that everyone, regardless of how they look, will give them a lot of personalitythat every time they put it on they enjoy it and love each other as they are“, Explained the singer himself about what he expects from those who wear some of his looks.

The collection features prints with beach scenes, blue waves, palm trees and a Hawaiian travel stamp depicting their song ‘Hawaii’. Throughout his design journey with Reunited Clothing, Maluma has focused on his roots and incorporated his Colombian influences. in all its collections presented exclusively at Macy’s.

•Maluma and his memory of Belinda: “I don’t like her”

•Maluma: Debuts as a Versace model with his dog Buda