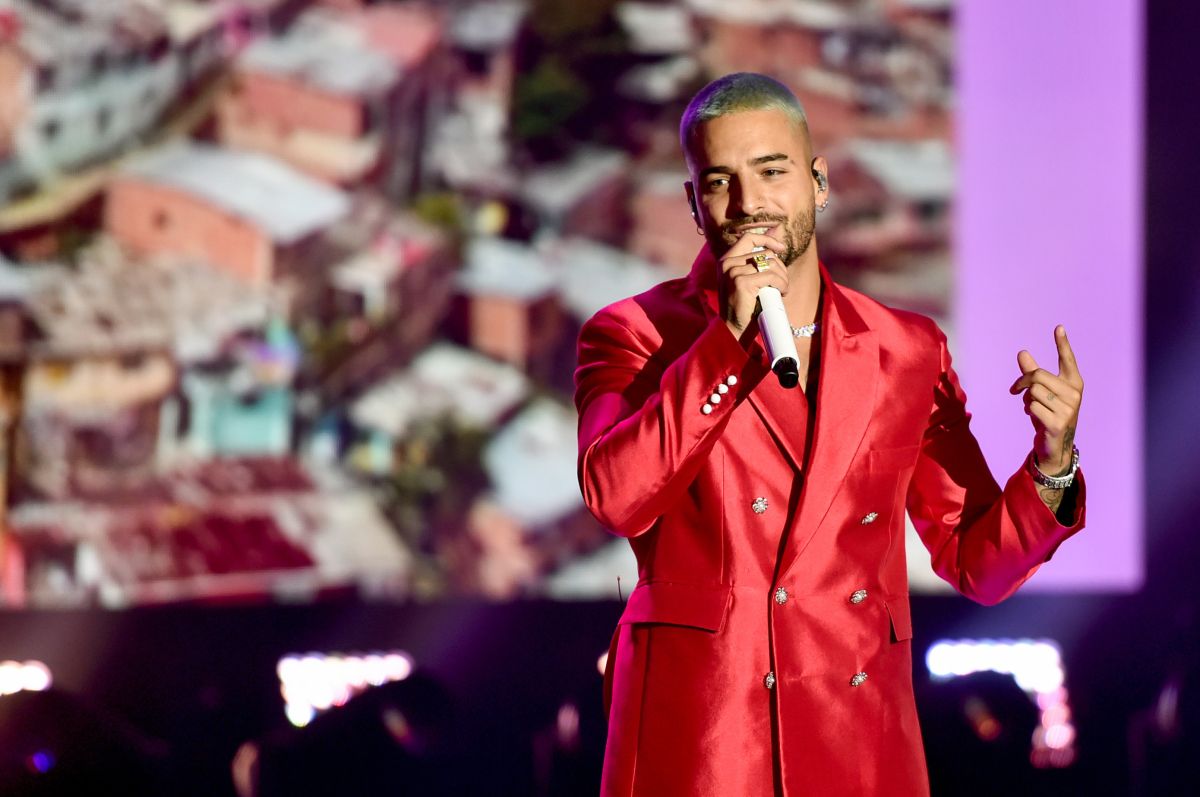 The Colombian singer Maluma could not bear the rhythm of Grupo Firme. Through some videos we were able to see and hear how the reggaetonero born in Medellín felt after the party he lived with the Mexicans.

Saying good morning, Maluma expressed what it was like to celebrate with the Mexicans:

“I’m going to tell you one thing: partying with Grupo Firme is a serious thing. What a guava so … “He said before highlighting the work they did in terms of the video and the song.

And it is that the Mexicans and the Colombian recently recorded the video clip of the song that they premiered on December 7 and from the recording set it was possible to see how they enjoyed sharing together.

Maluma put on his hat, dressed as a cowboy and danced, sang and drank to the rhythm set by the Mexicans. In a series of photos and videos shared, it was observed how they lived and enjoyed the recording of the expected song between the group and the reggaeton player.

“Mexico and Colombia. The rest already know ”, Maluma said after sharing images of the recording on his Instagram account, where he has almost 60 million followers.

Likewise, among the details that could be seen from the recording set, the wooden entrance stands out, a place where “Fonda de Juancho” stands out with black letters and surrounded by lights, highlighting the name by which the Colombian singer is also known.

Eduin Caz also shared images from the video recording. “The bomb is dropped. They don’t expect it “, expressed the Mexican singer.

And it is that Grupo Firme has something to celebrate with. Mexicans have just won their first Latin Grammy. At the last award gala Mexicans raised the gramophone in the Best Band Music Album category with their album We Have Fun Logrando Lo Imposible.

“Thank you very much to everyone who participated in this album. Thanks to all the authors who trusted us and gave us a theme for this material. They have been more than 12 years of struggle and lost battles but this time we had to win and not just the battle but the war ”, They stood out on their Instagram account after receiving the award.

Maluma put on his hat: look how he danced with Grupo Firme

Maluma and his little hand on Jennifer López’s hip: Does JLo look uncomfortable?