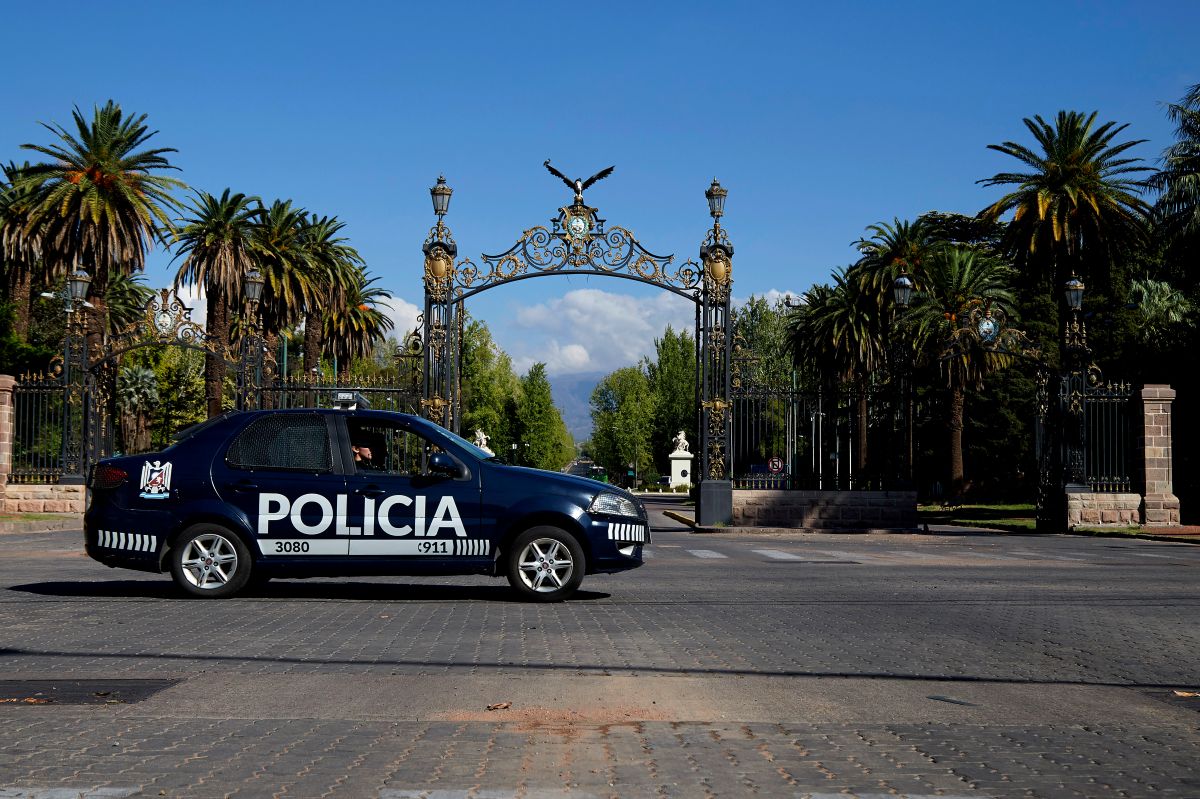 AEGENTINA – The Israeli Nicolás Gil Pereg justified the nickname “Cat man” that he earned because of the attitudes he assumed after being arrested for the murder of his mother and aunt. In the dock of the accused, and before the 12 citizens who make up the jury that will solve their future, he didn’t stop meowing.

He did so since the technical judge who directs the debate, Laura Guajardo, asked him: “Mr. Gil Pereg, is this your name?”, And he responded with a “meow.”

The magistrate had already warned him to behave with decorum and keep quiet. But Pereg, even before the judge opened the microphone, kept meowing incessantly and loudly. “Stop Please! Transfer it! “Guajardo ordered. The police, then, lifted this tall and lanky man from his chair, who came to the courtroom dressed in printed bathing shorts, a red T-shirt and sandals, and took him away.

Thus, this ex-military and electronic engineer born in Israel 40 years ago, who came to Argentina in 2009 to open a restaurant in Mendoza, claiming to be Norwegian and called Floda Reltih – which is nothing other than Adolf Hitler read backwards – was led to an adjoining room connected to closed video circuit from the Mendoza prison, from where he will follow the alternatives of the trial he arrived at, accused of having killed his mother, Pyrhia Saroussy, and his aunt, Lily Pereg, when they visited him on his property in Guaymallén, in January 2019.

The episode will surely be taken advantage of by the defendant’s technical defense, who has already announced that he will raise before the popular jury that Pereg, 40, suffers from serious mental health disorders and should be considered unimpeachable.

Based on the conclusions reached by their psychiatric and psychological experts, they will try to convince them that Pereg suffers from paraphrenia (a type of chronic delusional psychosis) and clinical lycanthropy, which defines hallucinations that make those who suffer from them believe that they are animals.

It was inevitable, from then on, that the zoological references varnish the arguments of the parties before the jury, which at the end of the road will have to choose two possible verdicts in this case: guilty and sentence to life or non-imputability and dismissal.

The prosecutor Fernando Guzzo expressed: “I ask the jury not to be fooled and let them bark louder ”. And his colleague, Claudia Ríos, demanded a “unanimous” verdict for Pereg to be declared “guilty” and for his mother and aunt to “have justice.”

“We have nothing against the lord [por Pereg]. We follow a social interest of those two people who cannot speak because their lives were taken from them, ”explained prosecutor Ríos in part of her opening statement to the debate.

And, looking at the members of the popular jury, he said: “Today they have a very great responsibility: to administer Justice.”

Anticipating the defense’s claim to pass Pereg off as alienated to avoid a life sentence, the plaintiff’s attorney, Claudia Vélez, affirmed that the defendant “was in full use of his mental faculties and knew what he was doing” when he murdered his mother and her aunt.

“I am going to work to show that Pereg was in full use of his mental faculties when he killed [a las víctimas]”Added Velez.

Instead, lawyers Maximiliano Legrand and Lautaro Brachetta, who assist the double homicide, asked the jury to “do not accept the only version of the sentence order and prison confinement ”, he begged them to“ behave like humans and not bark like dogs ”, as the prosecutor had urged, and reminded them to take into account that, even if he was declared unimpeachable, Pereg will continue to be locked up in a mental health center . In fact, he is admitted to the El Sauce neuropsychiatric hospital.

“Person [por el acusado] it was degrading over time. He lived with 37 cats whom he called sons and that was part of his delusion. He lived in inhumane conditions of hygiene. He didn’t feel human, he always considered himself a cat ”, Legrand argued.

(With information from La Nación)