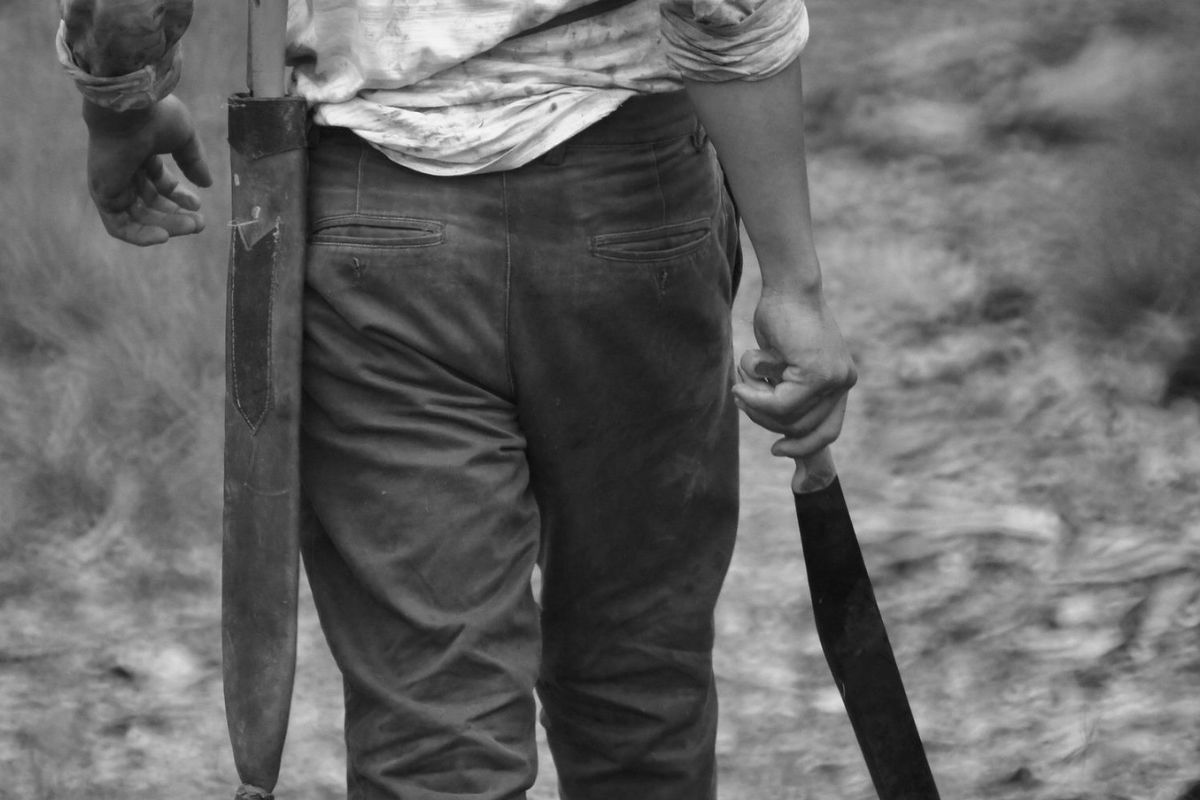 Ukrainian Olga M., 25, fled her country apparently alongside Elchin Agaev, 36, to Germany when the invasion of russia to start a new life in a modest apartment in the city.

After spending several months together, the couple began to have several problemswhich is why the woman kicked Agaev out of the house, who went to live in a forest near her ex-partner’s house, according to police reports.

Elchin Agaev tried in various ways to rescue the relationship he had with Olga, however, she refused to reconcile and started a new love relationship.

The defendant refused to accept that his ex-partner was having an affair with someone else and while she was at home with her two children, ages 2 and 5, and her new partner, Agaev broke into the house and with a machete he killed the boyfriend who was identified as Andrej F., 39, a humanitarian worker.

According to the police, Andrej died from a single blow to the head.

Elchin Agaev full of anger dragged his ex-partner to the bathroom where sexually abused her and then he led her to his car, along with the minors, because he wanted to flee to Eastern Europe.

While the man tried to run away slowly, because he did not know how to drive, he was stopped for a routine check. When the police approached the car, Olga asked for help and told everything that had happened.

Elchin Agaev fled the scene and so far his whereabouts are unknown, however, the German authorities are searching for him by land, sea and sky.

Police said the woman and her two children are currently in protective custody.

It may interest you:
*Colorado real estate agent kidnaps couple of hikers and forces woman to put a leash around her neck
* Hitman spider monkey dies after bloody shootout between Mexican cartels
* How a skull led to the grim discovery of 339 bodies in Georgia
* Mexican scientist who was sent by Russia to spy on the US receives his sentence
* Video: 17-year-old girl escapes from human trafficker in Texas