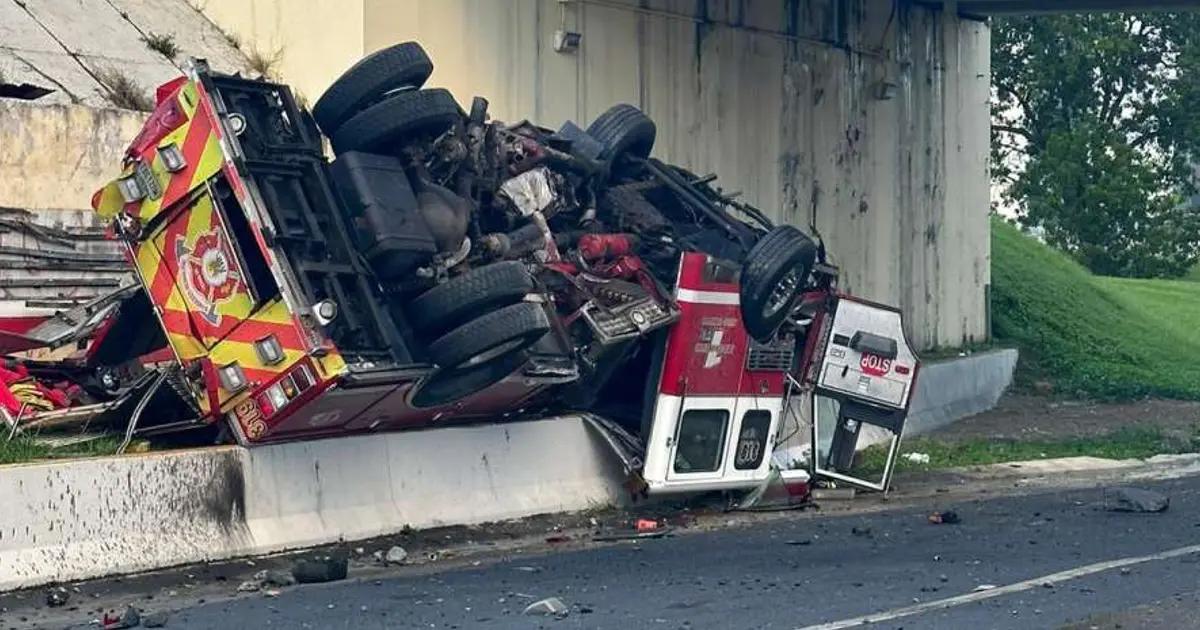 PUERTO RICO – A man identified as a “deambulante” (wanderer) stole a truck from the fire station maintained by the municipality of Carolina in the Isla Verde area early Saturday morning. He died in the middle of an accident that occurred as part of a chase along Román Baldorioty de Castro Avenue, according to the Police Department.

According to Uniformed Police press officer Yaira Rivera, the fire truck fell from PR-66 to PR-3 in the direction of Rio Piedras to Carolina.

The section of the road was closed to traffic for several hours at kilometer 8.4, near the University of Puerto Rico Hospital, Dr. Federico Trilla, in Carolina. By midday Saturday, traffic had been reopened after the investigation was completed, confirmed to Primera Hora Captain José González Montañez, director of the Transit Bureau at the island level.

The police official explained that the incident began at 4:45 a.m. when the suspect got into the truck and fled in a hurry.

“A person who is a wanderer, who hangs out in Isla Verde, got on a fire truck and left in the direction of San Juan to Carolina. On top of the Baldorioty, he loses control, and the truck falls into the void, and kills himself,” González Montañez explained.

He indicated that agents of the Carolina Municipal Police were the ones who undertook the chase that ended with the accident.

“He was speeding, especially for a truck that doesn’t go more than 50 to 60 miles,” he said.

The man has not been identified. The captain said no family members arrived at the scene. He described him as wheat-haired, skinny, about 40 years old, and 5′7″ tall. He did not display any tattoos.

“He leaves as John Doe,” he commented.

Likewise, the captain informed that the Carolina Criminal Investigation Corps (CIC) would take charge of the investigation into the theft of the truck.

“There is negligence in how that person obtained that key to take that truck. That is being investigated by the CIC, how it happened and how it was taken,” he said.