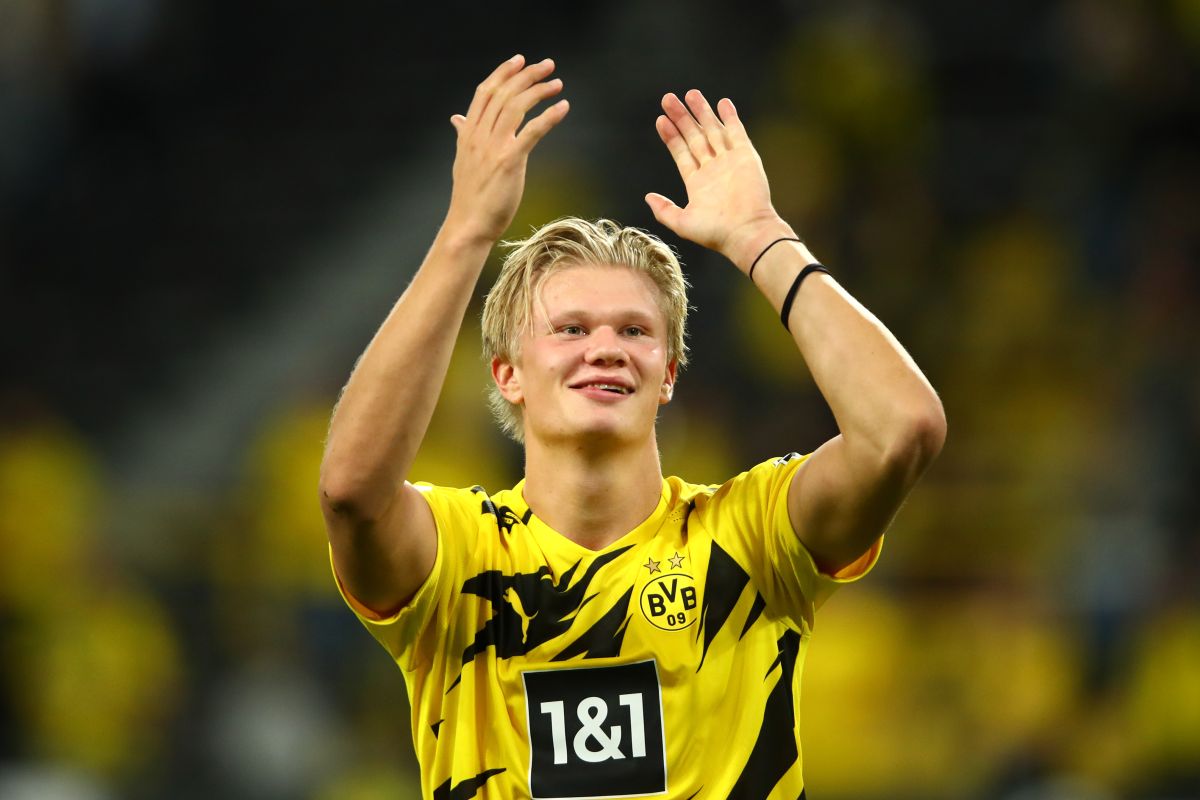 After revealing that FC Barcelona held a meeting with Erling Haaland, Manchester City could interfere and benefit Real Madrid, which is the third club most determined to finalize the signing of the Norwegian striker who currently belongs to Borussia Dortmund.

And it is that according to the British media ‘The Time’, City would be willing to be a ‘springboard’ for Haaland to sign for Real Madrid in the futuresomething that would obviously greatly affect Barcelona’s plans.

Evidently, the ‘Citizens’ would not have thought of letting Haaland go in the short term (if they manage to sign him)Well, they would try to make the most of their talent, winning some titles, if they guarantee the footballer that they will negotiate with Real Madrid if they show interest in signing him.

They would be seeing this proposal with good eyes from the capital of Spain where it would already be very close to closing the signing of Kylian Mbappé, and thinking about the idea of ​​joining him in the future with Haaland would lead to a hypothetical hegemony of the ‘Merengue’ team in LaLiga.

Will Barcelona’s plans fall through with Haaland?

It should be remembered that at the beginning of this month, a Barcelona commission met with Erling Haaland in Germany with the intention of convincing him to sign for the culé team. The proposal includes a five-year contract and more than $200 million dollars.

However, these plans could come crashing down if the footballer and those in charge of his representation (people close to agent Mino Raiola, who is in poor health), think they can get more money between Manchester City and Real Madrid as well as a best sports project

To avoid this, the Barça board, headed by Joan Laporta, must step on the accelerator and find a way to close negotiations with Haaland and later with Dortmund, who will receive more than $80 million dollars for the sale of the Norwegian.

Also read:
– Mino Raiola demands Barcelona sign another player to convince Erling Haaland
– President of Barcelona and a statement that disappoints his fans: “There has been no kind of negotiation with Haaland”