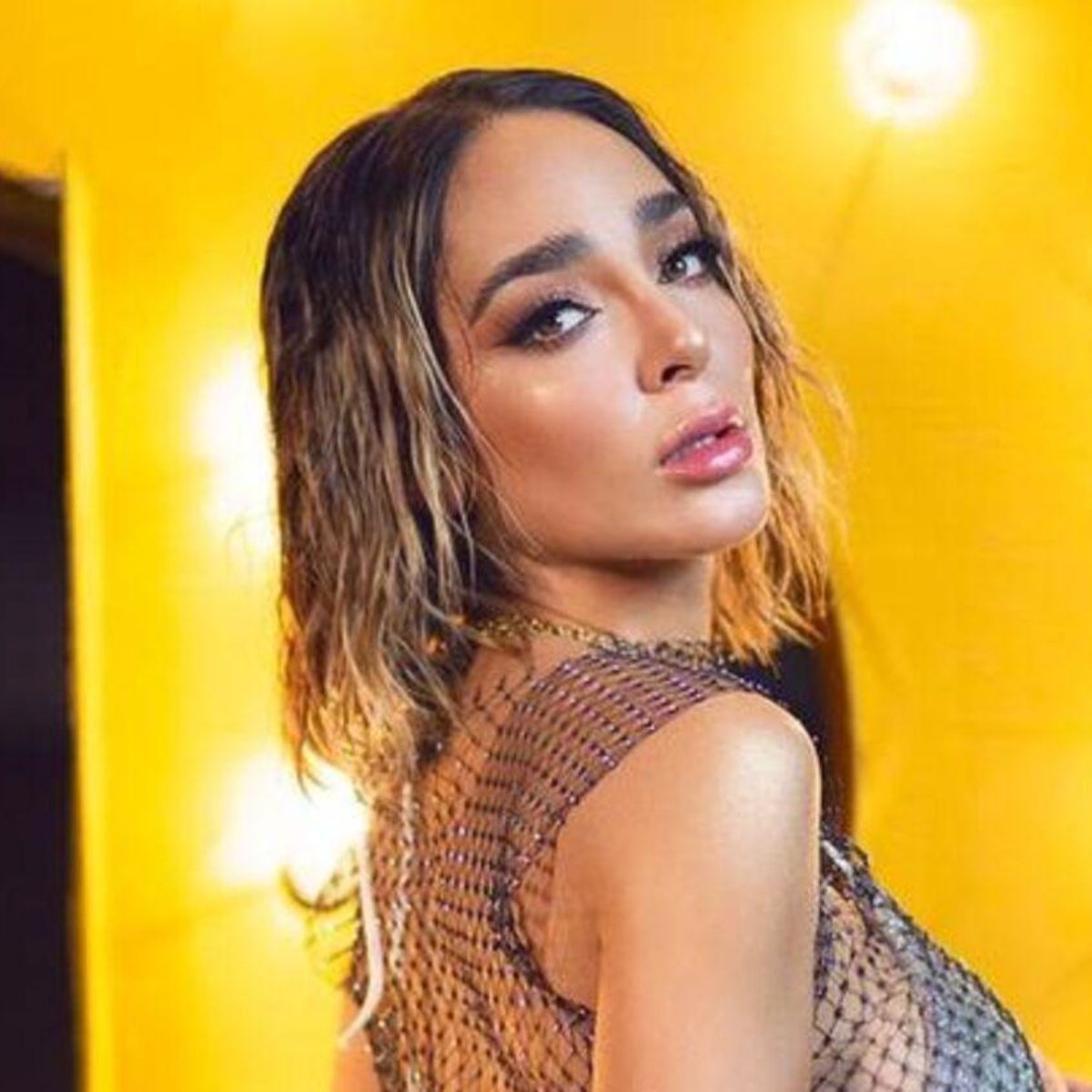 Manelyk Gonzalez is a famous former member of “Acapulco Shore” who recently modeled a sensual outfit and walked alongside her friend and partner of “Las Estrellas Bailan en Hoy,” Luis Caballero “Potro” on the yellow carpet of the Eliot Awards 2022.

It turns out that with a parade of celebrities from the Internet and social networks, the 2022 edition of the Eliot Awards took place at an exclusive venue in Mexico City, where celebrities appeared wearing outfits with glitter and stones, clothes with different designs, and the most extravagant looks, but who left the audience stunned was Manelyk Gonzalez who wore a dress with skin-colored transparencies.

No wonder the beautiful Manelyk Gonzalez took the applause of the spectators who recognized the design work on the dress. However, she has not yet disclosed who is the mastermind behind what she is wearing or the person in charge of her makeup. Still, in the stories, she reveals that the person who helped her with her hairstyle was Fred Garcia.

The Eliots were hosted by Jimmy Alvarez, known for his “Pongámoslo a Prueba” videos. In addition to Mane and Potro, other characters appeared, such as Rosy McMichael, Rod Contreras, Chingu Amiga, and Luisito Comunica, to mention a few.

The controversies of Manelyk González

If we remember, the model and influencer is known for being part of the celebrities that give more to talk about. Since she became famous in the reality show with Karime Pinter, has not ceased to be noted now that she no longer wants to be involved with her former partners, has also been part of some gossip hovering around the enmity she has with them.

That is why one of the most recent quarrels she has is with Carlos Speitzer, who was her former partner in the dance contest, but now that they are not together, some resentments have arisen because of which the celebrities do not relate and prefer not to maintain the friendship that united them.

It should be noted that another of the things that Speitzer did not like was when Mane called him “Alex’s (Alejandro Speitzer) brother”, at the beginning of the contest, where Raul Araiza and Andrea Escalona questioned them on whether they will miss their dance partners from past seasons.

It is worth mentioning that Manelyk González mentioned that he takes things very personally, which is why he thought he said it in a derogatory way.