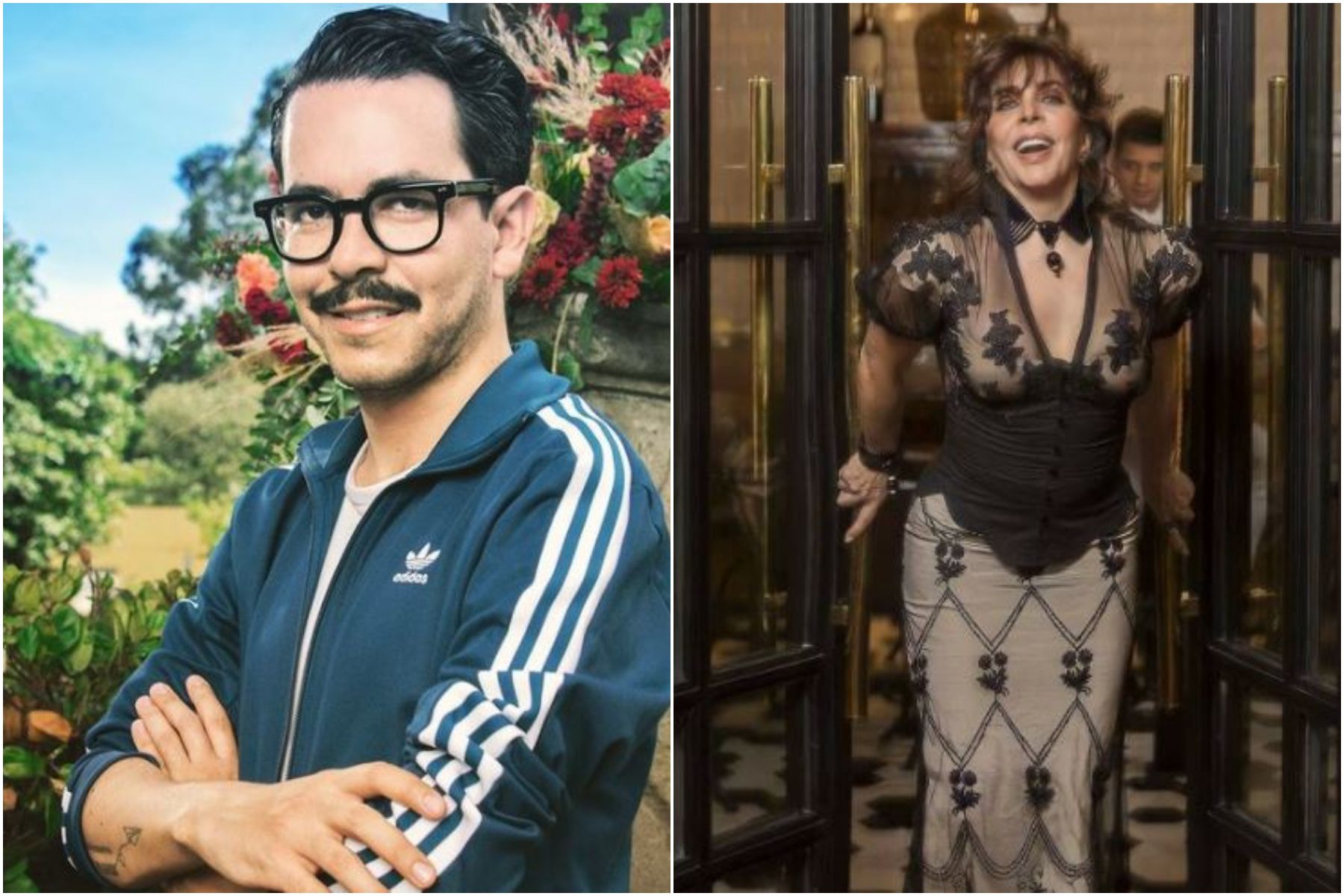 Manolo Caro spoke again about Veronica Castro, since previously there were different rumors between the two because they gave various statements regarding the exit of the actress of the series The house of flowers and on this occasion, the Mexican film director revealed details.

The creator of the movie The immoral life of the ideal partner He was asked if he would work with Verónica again and replied: “I do because I would be very happy, although I don’t know if she wants to. I love Verónica very much and I am all right, but I consider that she is not so good with me, each one ”.

“Not only did I get along very well with his son Michel, I was very close to Verónica but I don’t know what happened exactly because I have never really fought with her, not by message, not on WhatsApp, not in person, although the press said all that, “confessed Caro in an interview with Adela Micha for his YouTube channel.

“The only thing that happened was that he left the series and he began to make statements that he did not feel comfortable because supposedly I had lied to him. Everyone tells their own version and I think I always said that I never had problems with it ”, explained the Mexican.

Manolo confessed that he had some disagreements with Verónica Castro’s work team, because they caused disagreement to the also singer: “Honestly, she had problems with the people around her because they gave her the wrong advice. and he knows that those people gave him bad advice because they told him to quit the series, since supposedly we took away the limelight and more ”.

He also assured that some rumors that Castro was jealous of Cecilia Suarez because as it took away prominence in the television program and Manolo added: “She is Verónica Castro, she is the best and cannot be compared with absolutely anyone. It is beyond and I was just what I always am and I repeat it in case you see it, there is no bigger star in this country than Veronica, in the world of acting and entertainment as such ”.

The famous confirmed that she was treated like “queen” on the set and that he constantly told Verónica to have fun with her work, he also said that if at any time he meets the artist he would greet her and hug her with great pleasure.

Recall that three years ago this series was released on Netflix, a Mexican comedy production, which starred the renowned actress and marked her return to the small screen after almost a decade of staying away.

After the success of the first season, the public and the media eagerly awaited a second installment of this funny story; However, the production confirmed that Verónica Castro would not return to interpret her character “Virginia de la Mora”.

For her part, Adela Micha recalled when she interviewed Verónica at the premiere of the series and announced that the famous woman looked very enthusiastic, for which Manolo added: “She had an incredible time, I think it brought her many joys because the new generations were very excited to meet her, also the people who grew up with her, It was like a reunion. It was a completely different role from what the public was used to seeing ”.

They revealed the first images of the filming of “Once upon a time … but no longer”: the long-awaited series by Manolo Caro and Sebastián Yatra