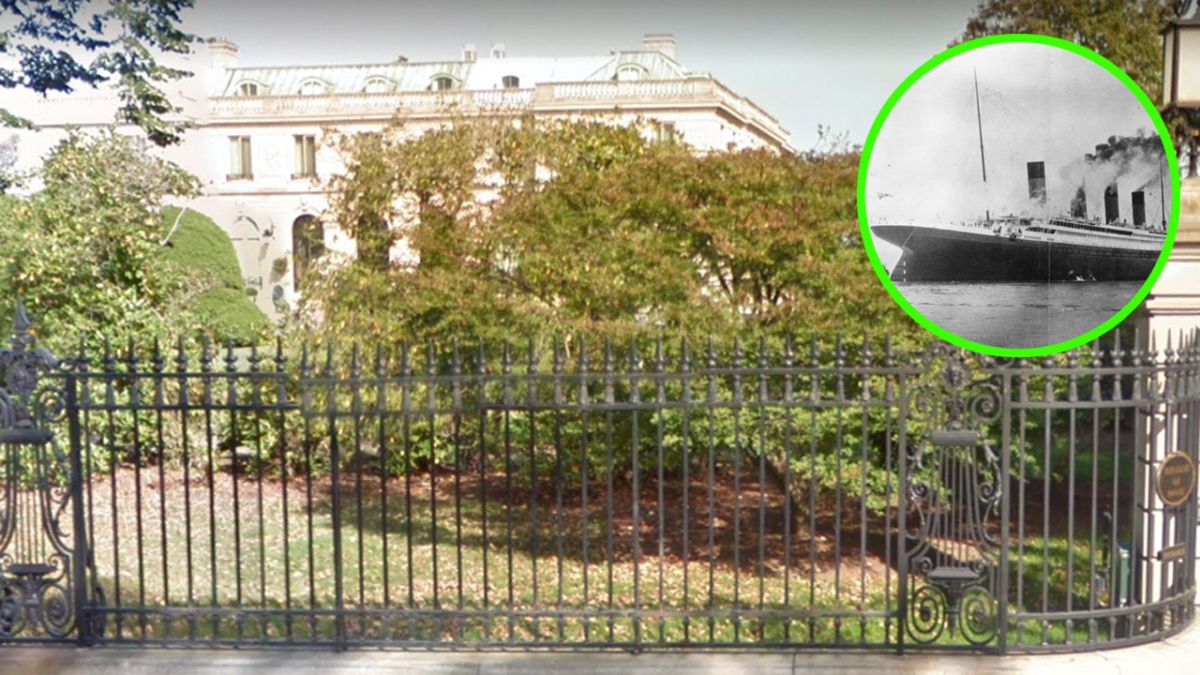 On Newport, Rhode Island, An imposing property with a lot of history was sold in recent days, having belonged to George D. Widener, a businessman who lost his life, along with his son, on April 15, 1912, after the collapse of the Titanic.

His wife was also in the emblematic boat, Eleanor Elkins Widener, who managed to survive the tragedy that left nearly 1,500 dead.

After that event that mourned her family, Eleanor rebuilt her life and focused on completing the mansion that her husband had begun to build, but did not finish on Bellevue Avenue, and it was until 1913 that the works were completed.

The residence, known as Miramar and which was designed by Horace Trumbauer For a summer home, it looks like it was in its best days, since in 2006 it was bought for $ 17.15 million by investors who focused on taking care of its history and preserving its centuries-old facilities.

The house is in such good condition that after its sale it became the second most expensive in the community’s history.

According to the technical sheet, released by specialized media in the sale of real estate, the house, which is a kind of small french neoclassical palace, has an area of ​​30,982 square feet, with 22 bedrooms, with 13 full bathrooms and five half bathrooms.

Outside, on its 8.37-acre lot, the property has a terrace, with extensive green areas, with fountains, with statues, with two tennis courts, with a house with seven bedrooms and seven full bathrooms, among other amenities.

All the rooms and the gardens still retain their old touch, so it is enough to walk through the access door to feel as if we have traveled back in time.

From the mansion there are beautiful views of the Atlantic Ocean and access to a small beach, which gives it a plus.

To see more images of this beautiful property, click here.

This is the ranch of Lalo Mora, the group singer accused of harassing a fan

Meet the mansion that Juanita, Michael Jordan’s ex, sold out in Chicago