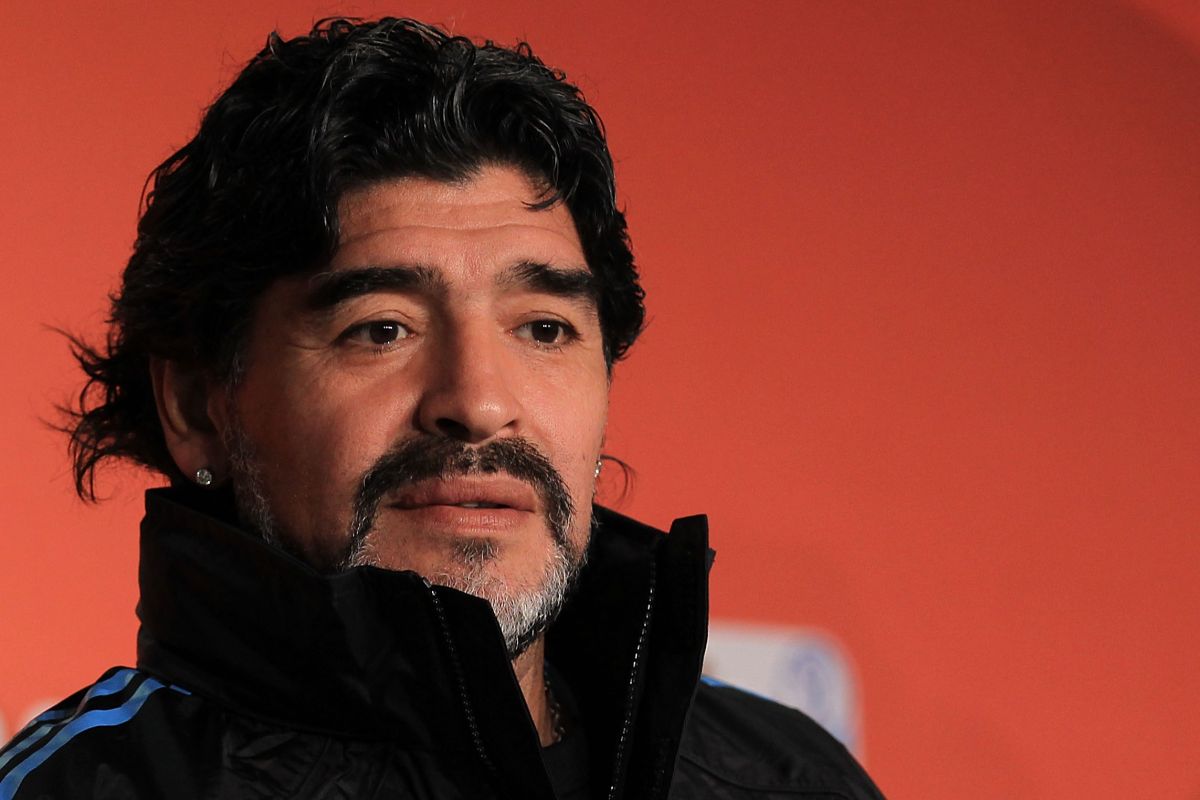 Part of the family from Diego Armando Maradona asked this thursday to know the truth of what happened to the iconic former soccer player, who died in November 2020 at the age of 60, and demanded that it be clarified who are “the holders of safeguarding and protecting” their legacy.

In a statement released to the media, the idol’s ex-wife Claudia Villafañe, her daughters Gianinna and Dalma Maradona; Thus, his ex-partner Verónica Ojeda and his son Diego Fernando Maradona introduced themselves as “the heirs” of the former player and asked that the last days of the former soccer player be investigated.

This occurs after The Prosecutor’s Office asked to investigate nine people linked to the former soccer player’s environment accused of having psychologically manipulated the deceased star and of having supplied him with “alcohol, drugs and marijuana” to appropriate his assets and brands for financial gain.

Investigation into the death of Maradona

In the statement, Maradona’s ex-partners and part of their children made it known that this Wednesday “the Prosecutor’s Office No. 15 of the City of La Plata took another step (as the San Isidro General Prosecutor’s Office and the Court Civil No. 20 of the City of La Plata) in search of the objective truth” and that said resolution “was the natural consequence” of the evidence they were able to collect.

They refer to the call to testify as investigated as of March 22 of the lawyers Matías Morla and Víctor Stinfale and seven other defendants -Sergio Garmendia, Christian Pomargo, Vanesa Morla, Maximiliano Trimarchi, Stefano Ceci, Carlos Ibáñez, Sandra Iampolsky- linked to the environment of Maradona by parts of the prosecutor María Cecilia Corfield.

The prosecutor considers it proven that from July to November 2020, in a closed neighborhood located in the municipality of Coronel Brandsen, in the province of Buenos Aires, the former soccer player was reduced to the “condition of servitude”“restricting contact with family, friends and relatives, both in person and by telephone, supplying him with alcohol, drugs and marijuana, and psychologically manipulating him” to “benefit financially from the income generated around his figure”.

And that in that context, “without their knowledge or consent”, they made Maradona sign a license agreement for the economic exploitation of his image rightsmeanwhile pointed to the Sattvica firm made up of Maradona’s agent, Morla, and his brother-in-law Pomargo, to which Garmendia was also linked, to register the player’s brands.

The cause was promoted by some of the heir children of Maradona.

“Our intention and that of our lawyers was to find out what happened in the life of our father in the last time of his life, THE TRUTH OF ITS END (sic). Also knowing the truth of the actions of his environment, who surrounded him and isolated him during the last years of his life (probably abandoning him to his fate), emptying his assets and becoming a millionaire overnight”, published the women, who they are confronted with Morla.

What will happen to Maradona’s inheritance?

In their statement, part of the relatives of Maradona -who had two more recognized children: the Italian Diego Maradona Junior and Jana, who do not appear in the photo that includes the published text- asked the Justice to clarify who are “the holders of safeguard and protect the legacy of Maradona”.

The Argentine Justice is also carrying out a case on the death of Maradona.

Maradona He died at the age of 60 on November 25, 2020 and the autopsy on the body of the former captain and former coach of Argentina determined that he died as a result of “acute pulmonary edema secondary to exacerbated chronic heart failure.”

A “dilated cardiomyopathy” was also discovered in his heart.

The world champion in Mexico 1986 suffered from alcohol addiction problems, he had been admitted to a clinic in La Plata on November 2, 2020 due to anemia and dehydration and a day later he was transferred to a sanatorium in the Buenos Aires town of Olivos, where he underwent surgery for a subdural hematoma by a team commanded by Luque.

On November 11, he was discharged from the hospital and moved to a house in a private neighborhood on the outskirts of Buenos Aires, where he died on November 25.