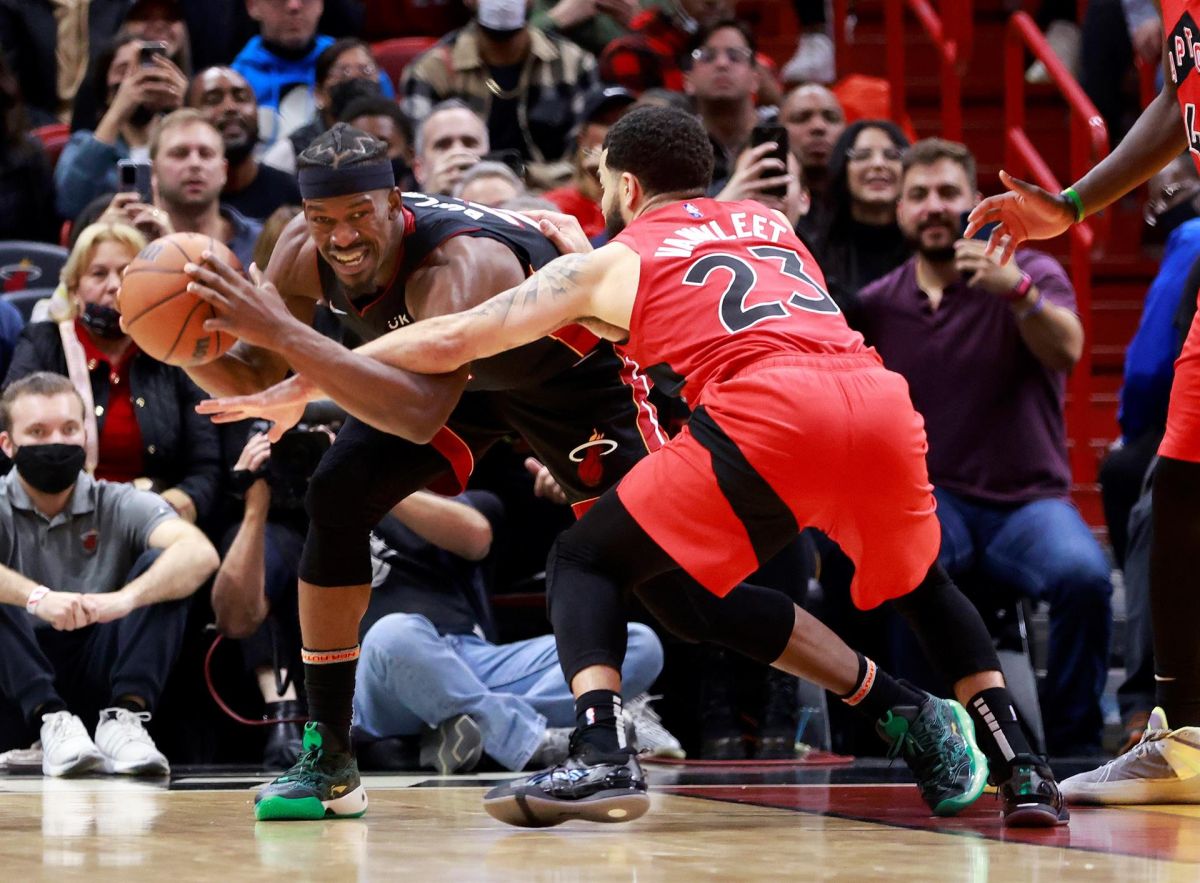 The Miami Heat and the Toronto Raptors played a game this Saturday that ended with three overtime periods, with Toronto winning 124-120, with a total of 63 minutes of play. The Raptors quintet broke the record for more than 50 minutes on the court, which is a historical mark since the possession clock was established in the 1954-55 season.

Scottie Barnes made the two game-tying free throws in the fourth quarter, OG Anunoby stole a providential ball from Jimmy Butler but missed the shot that would have prevented second overtime.

Tyler Herro with a penetration forced the third extra time, and in those last five minutes the Raptors imposed their aggressiveness against a Heat in which Herro missed three triples in a row.

Only eight players participated in the Toronto set. The starters scored 115 of the 124 points in which the best was Gary Trent Jr. with 33 units, later Paskal Siakam with 20 points, Y Fred VanVleet with 19.

For the Heat, the best was Jimmy Butler, who had 37 points, 14 rebounds, 10 assists, three recoveries and two blocks in 52 minutes on the court.. He got the first triple-double with more than 35 points in the history of the Miami franchise.

Furious Tom Brady: the time a Mexican journalist stole his jersey in a Super Bowl (Video)