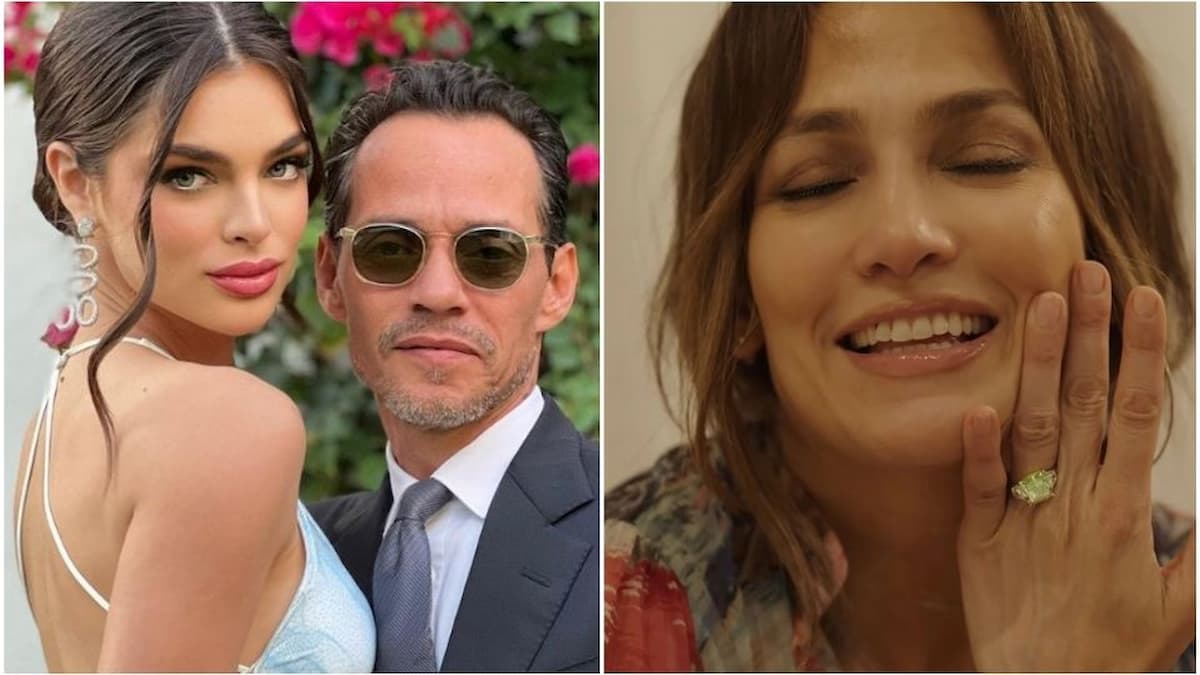 While JLo and Ben Affleck  announced their engagement a few weeks ago, Marc Anthony has just delivered an expensive ring to his girlfriend  Nadia Ferreira , who is 30 years younger than him. The announcement has shocked his fans, not only because of the age difference, but also because this would be the salsa singer’s fourth marriage.

Rumors about their engagement broke out after the 23-year-old model was seen with a diamond in her hands. However, it was this Thursday night when the couple confirmed that they will soon arrive at the altar after they made their relationship public in March of this year.

In her Instagram stories, the former Miss Universe 2021 contestant, originally from Paraguay, uploaded a series of photos and videos in which she showed the couple having dinner. “Engagement party!” was the message with which Nadia accompanied a postcard in which the hand of the “King of Salsa” can be seen, taking hers, framing a luxurious ring with a large diamond.

The girlfriend of the singer of ‘Ahora quién‘ also revealed some details of the intimate engagement party, as she shared with her followers the moment of the toast and the feast on the high seas that she enjoyed with her closest family and friends, who accompanied them on this emotional event.

So there it is, Marc Anthony’s engagement ring 2022 goes to Nadia Ferreira!

The ring arrives just when Nadia turns 23, a birthday that they celebrated as a couple with a luxurious party, as well as with a trip to  Disneyland,  where the salsero was seen using a cane, since a few days ago he suffered an accident prior to a concert in Panama that injured his back and worried his fans .

Marc Anthony has been characterized by having several loves, however, this would be the fourth time he married, since it must be remembered that the singer married Dayanara Torres, then  Jennifer Lopez , who is currently engaged to Ben Affleck,  and fellow Venezuelan model  Shannon de Lima,  who has begun a relationship with Mexican actor  Alejandro Speitzer.