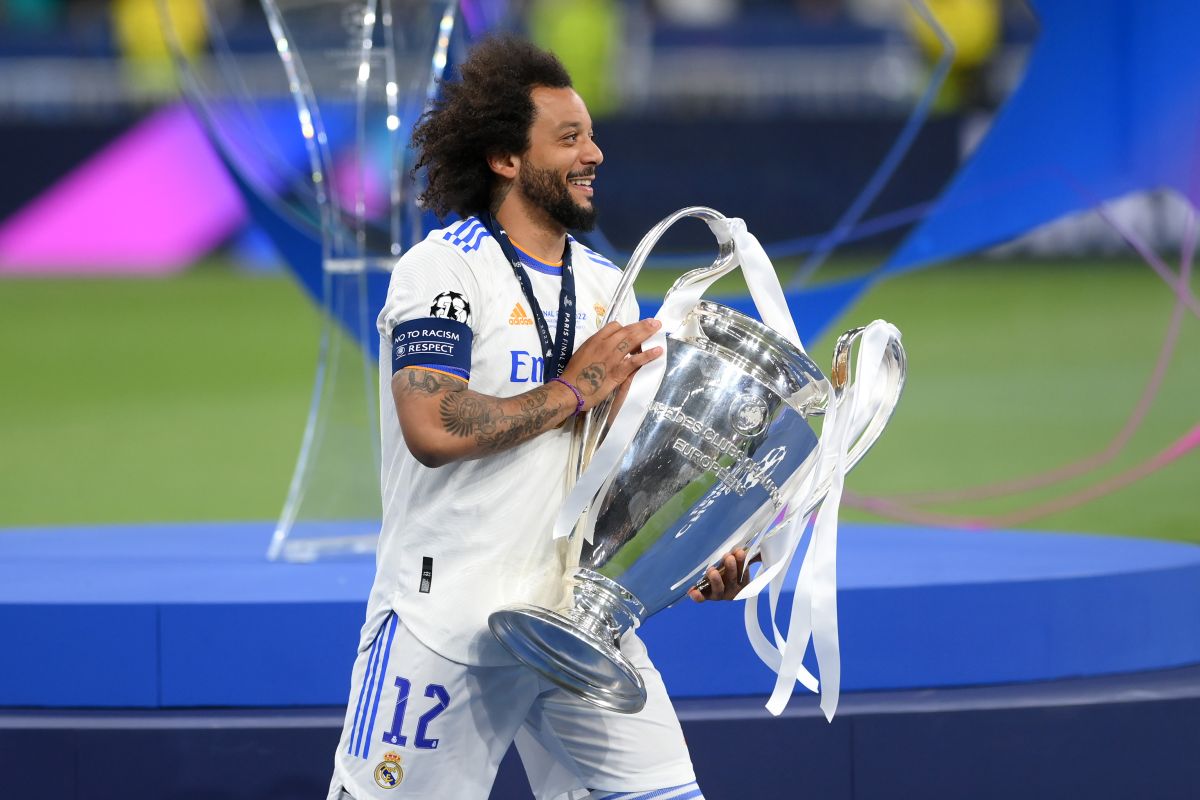 The real Madrid won his fourteenth UEFA champions league in his history and the Brazilian Marcelo, he will be able to say goodbye to the merengue team in a great and plethoric way; after winning three titles in the current season and nothing more, nothing less than, with five “Apricots” placing at the top of the team with respect to this prestigious trophy.

After more than a decade in the Santiago Bernabeu and after becoming one of the best full-backs in the world, the Brazilian closed the season with a flourish with the League, the Copa del Rey and now a new orejona.

In addition, this title meant the number rose to 25 in total to stay even more comfortable at the top of this list with respect to the merengue club. In this way, there is no bigger player with more championships in the Real Madrid.

On the other hand, of the 25 trophies, Marcelo He will be giving himself the toupee of having conquered several of them in more than five opportunities. Specifically, six Spanish Leaguesfive Spanish Super Cups and now five UEFA champions league.

Then there are the four Club World Cups and three European Super Cups to close with a flourish his white honors in an exalting career of more than a decade in the Santiago Bernabeu.

Despite the fact that the 34-year-old winger wanted to stay with the Madrid club, the plans for Florentino Perez they are others and everything seems to have come to an end. Of course, in football nothing is written and in the blink of an eye everything can change.

In this way, it will only be necessary to wait in the next few days to know if something can change regarding his future in football on the old continent and at the hands of the club that has been part of it for 16 years.

Likewise, if he continues as a merengue player, he will also have the opportunity to raise the European Super Cup and why not, a new Club World Cup. In addition to the local tournaments with the Real Madrid.