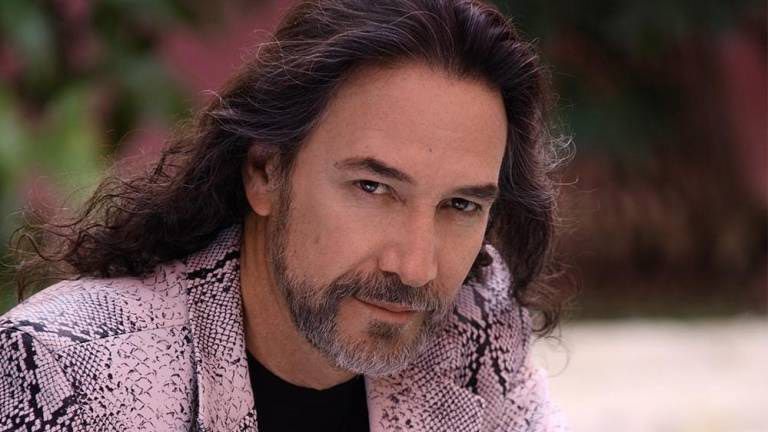 After the statements of sasha sokkol where he evidenced the alleged abuse by his former representative, Louis of Llano. Various women have sought to make visible in social networks the experiences of violence that some personalities have suffered, on this occasion, some Internet users recalled what was said by Jacqueline González, former member of The academyaccusing Marco Antonio Solís of harassment, The Buki.

It was in a long thread Twitter where they recalled the complaint that aired in 2008, when Jacqueline Gonzalez decided to have a talk with the then director of the reality show Aztec TVHector Martinez.

At that time, the former Academic left classes and as a sign of trust went to the office of the director of The academywhere he reported that when he met the interpreter of If you had not gonethe recognized The 62-year-old Mexican singer-songwriter convinced her to collaborate with her and that it would help her boost her career.

“The song impacted me, the title brought me many things from the past with Marco Antonio Solís, with whom I was making an album, we recorded seven unreleased songs and everything was going very well, but it never came out, as the song says: ‘I was given false hope’ and I waited and nothing happened”, he mainly said.

Later, Jacqueline González delved into the subject with Héctor Martínez, who questioned her if she had suffered a type of abuse by the interpreter of Where is my springthere The young woman confessed that she asked for a kiss without her consent when she ingested alcoholic beverages.

“I don’t want to put it like that, because it would be too strong. I never humored her because, first of all, I’m going to be worthy. Marco had, or I don’t know if he has, a very ugly alcohol problem and it got bad; he drunk said: ‘I am God!’ and then he told me: ‘give me a kiss’”, Jacqueline pointed out in the video recovered from Twitter.

“I took a lot of resentment towards Marco Antonio Solís, he was one of my great idols, I see him as a great writer. He took advantage of my dreams, of my illusion, he did not fail me for a month, he failed me for three years, “he stressed.

Some reactions to the Twitter thread divided positions regarding the video clipwhen some pointed out that everything that was done in the reality show was a lie, although some Internet users stressed that it is everyone’s duty to believe in the victim when making a complaint.

“Let him speak whenever he wants! Or as you want!!! I have always wondered why the victim is pointed out more than the alleged perpetrator, it should totally be the other way around”, ”She was a girl with a great future. Intelligent, pretty, charismatic and talented… it’s rare that after a good childhood career in Gdl she turns off saying this, it’s never too late to do her justice “, are some reactions on the social platform.

After the alleged complaint in the program, the interpreter was severely pointed out by the then judges of the reality show Aztec TV, Enrique Guzmán, Raúl Quintanilla, Lisset and Arturo López Gavito. They also took advantage of their position to defend a renowned Mexican interpreter.

The first to criticize Jacqueline’s performance was Enrique Guzmanwho recommended that he not depend on anyone to fulfill his dreams and for what was stated in the video within The Academy House He asked him not to raise falsehoods against his colleague and friend, The Buki.

Another of the judges who pointed against her was Arturo Lopez Gavito who rejected the remarks of the contestant towards “one of the most important composers in Mexico” and rejected her to continue advancing in the reality show of Azteca in 2008.