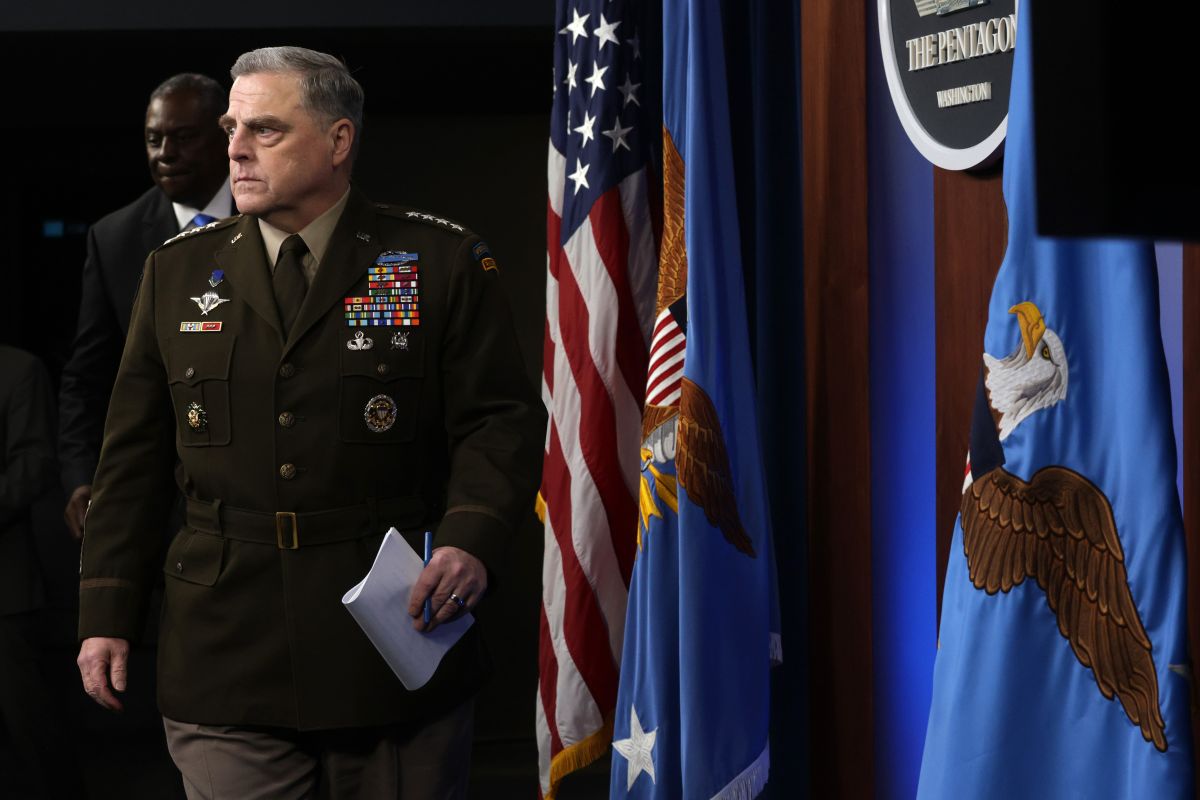 Republican Senator Marco Rubio asked the president Joe biden to dismiss the president of the Joint Chiefs of Staff, General Mark Milley, in a letter sent Tuesday, by what he said was a disclosure about a leak of classified information to China.

Revelations about the content of the book “Peril” by Watergate journalist Bob Woodward and Robert Costa of The Washington Post, state that Milley called Chinese officials in the final weeks of Trump’s term to assure them that the United States was under control, despite the January 6 attack on the US Capitol by a mob of supporters of former President Donald Trump.

Two days after the Jan.6 attack on the Capitol, the president’s top military adviser Donald trump, the president of the General Joint Chiefs of Staff Mark milley, took secret steps to prevent Trump from ordering a dangerous military strike or launching nuclear weapons, according to the new book “Peril”.

“I write with great concern regarding recent reports that General Mark Milley, Chairman of the Joint Chiefs of Staff, worked to actively undermine the acting Commander-in-Chief of the United States Armed Forces and contemplated a treacherous leak of classified information. to the Chinese Communist Party before a possible armed conflict with the People’s Republic of China (PRC) ”, says Rubio in your letter.

“These actions by General Milley demonstrate a clear lack of judgment, and I urge you to fire him immediately,” he added.

Woodward and Costa write in their book that Milley, deeply concerned about the assault on the Capitol, “I was sure Trump had gone into serious mental decline after the election, with Trump now almost manic, yelling at officials and building his own alternate reality on endless electoral conspiracies.”

Rubio specifically referred to Milley’s report that told his counterpart in China: “You and I have known each other for five years. If we are going to attack, I will call them in advance. It will not be a surprise ”.

In the book “Peril” it is also said that Milley feared that Trump could “become dishonest”, according CNN.

“General Milley has tried to rationalize his reckless behavior by arguing that what he perceived as the military’s judgment was more stable than that of his civilian commander,” said Rubio also in the letter. “It is a dangerous precedent that could be asserted at any time in the future by General Milley or others. It threatens to shatter our nation’s longstanding principle of civilian control of the armed forces. ”