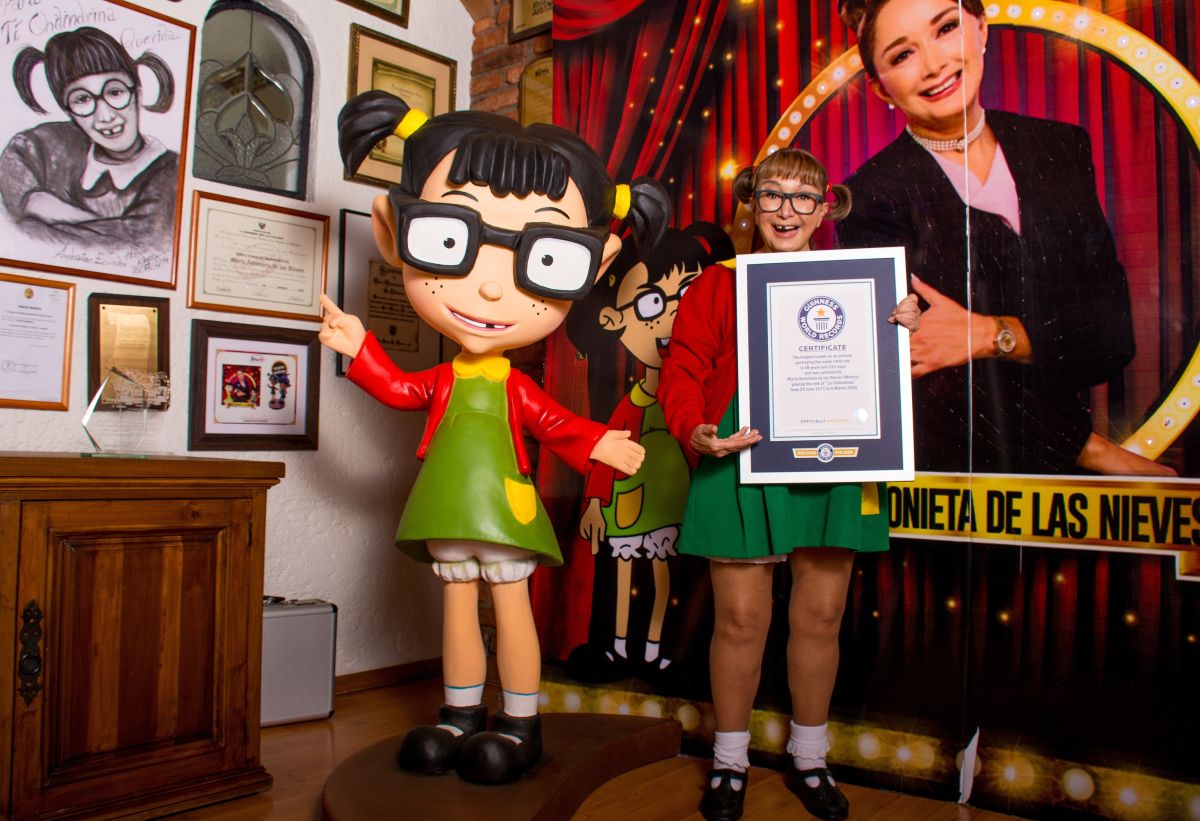 The 70-year-old Mexican actress has continuously played this role created by Roberto Gómez Bolaños for the program ‘El Chavo del 8’ for 48 years and 261 days, and all that time got her a Guinness record.

“I am proud of this award, it is a great recognition that I never thought they would give me. These years have been wonderful, having traveled the world with this character is something unique,” she shared in an interview with EFE.

Her character made the public fall in love, not only Mexicans, but all of Latin America and several other countries where the renowned series played, starring artists such as Roberto Gómez Bolaños ‘Chespirito’, Carlos Villagrán, Florinda Meza, Rubén Aguirre, Ramón Valdés and Édgar Vivar.

Through social media, the same actress shared the happy news, showing her diploma to thousands of followers: “Thank you GUINNESS WORLD RECORDS for the title of the record: the actress with the longest professional career playing the same child character (48 years and 261 days)”, she wrote on Instagram.

María Antonieta’s achievement will be reflected in the 2022 edition of the Guinness Book of Records, which specifies that gave life to ‘La Chilindrina’ from June 20, 1971 to March 6, 2020.

‘El Chavo del 8’ was a comedy program that crossed barriers like few others, since it achieved worldwide success and is still remembered by millions of people today.

After she stopped being part of the famous Televisa series after going off the air, María Antonieta began to make solo appearances and even formed her own circus.