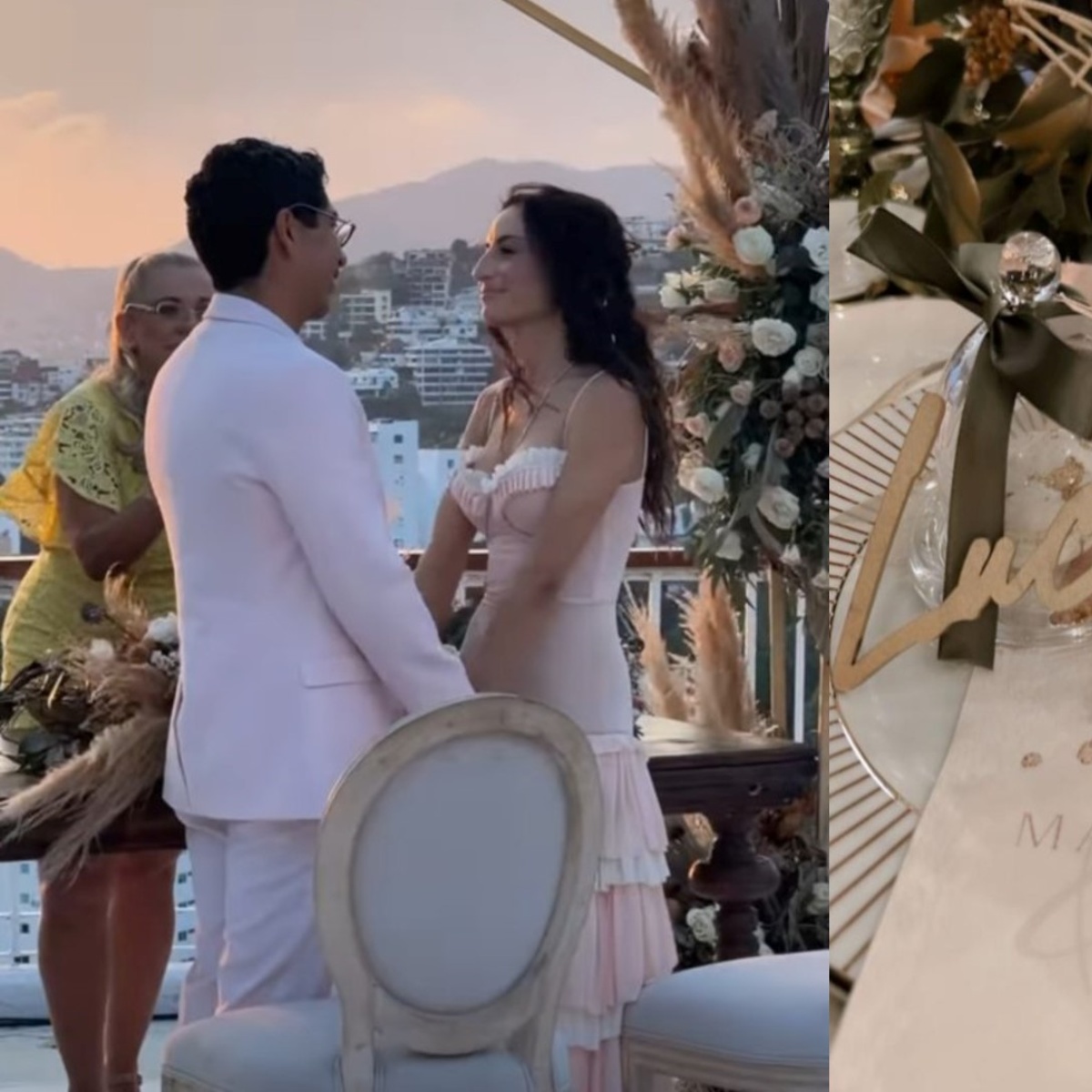 The actress Marimar Vega got married in luxurious wedding with the cinematographer Jerome Rodriguez; Unlike the traditional white dress, the famous wore a radiant pink dress and in AmericanPost.News We bring you all the details.

Through Instagram circulated the first images of the luxurious wedding of the famous, which was attended by actors, producers and artists from the world of entertainment, among them omar chaparro who shared a couple of photos with the bride and groom.

Last December, the actress showed off her engagement ring and it was on the night of this Saturday, February 26, that the wedding took place in the paradisiacal port of Acapulco, in Guerrero.

This was the wedding of Marimar Vega and Jero Rodríguez

The ceremony took place in the middle of nature in a luxurious hotel and for this important event the actress wore a dress in pinkwhich was accompanied by loose hair and completely neutral makeup with which she highlighted her beauty.

For the party, there was live music and on the dance floor great stars of the show could be seen enjoying the moment together with the newlyweds, who said yes just one year after starting their relationship.

Although the actress has not shared images of the wedding so far, the cinematographer Jerónimo Rodríguez spoke through Instagram where he dedicated some special words to his wife. “The sea, which spills over the wide world, had as much love as cold water, would be called Maria for love and not just sea as it is called. I love you Maria del Mar.

Who is the husband of Marimar Vega?

Jerome Rodriguezthe actress’s husband, has been a member of the AMC (Mexican Society of Cinematographic Photography Authors, SC) since 2010 and has served as director of photography for various series such as ‘Oscuro Desire’, ‘The Game of the Keys’, ‘The lieutenant’, among other productions.

The Mexican filmmaker became the second husband of Marimar Vega, as we remember that the actress was married to fellow actor Luis Ernesto Franco, from whom she separated in 2018.