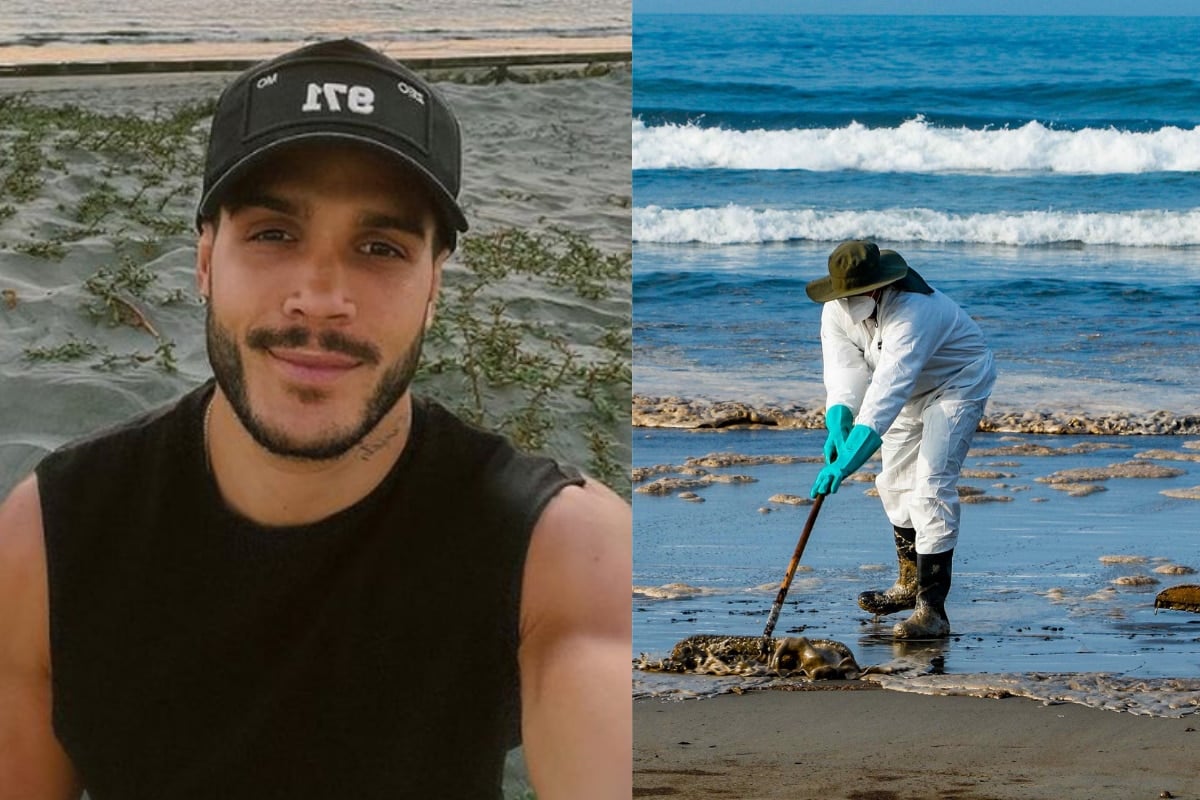 Mario Irivarren used his social networks to show his outrage after the ecological disaster that occurred last weekend in the sea of ​​Ventanilla, when more than six thousand barrels of Repsol oil fell into the waters off the coast of Lima.

LOOK: Seer reads the ‘totó’ to Melissa Paredes and leaves her in shock: “No one knows the hell you lived with your ex-husband and his family”

Through his Instagram stories, the former reality boy was upset since he saw that only a few people were trying to clean the beach. “Before I went to sleep I couldn’t get through this for a reason. It is unbelievable what is happening. The government must demand that Repsol take responsibility and find a way to compensate for all the damage caused”, wrote the model.

In that sense, he considered that it must be a joke that only dozens of people are taking charge of the disaster in situ. “Putting a few people to try to ‘clean up’ tons of spilled oil has to be a joke. I have no doubt that with all the social pressure they will have no choice but to take the issue really seriously, we just hope that it does not take too long “, limited the couple of Vania Bludau.

LOOK: Kyara Villanella signed a contract to be a candidate for Miss Peru La Pre 2022

The head of the Agency for Environmental Assessment and Enforcement (OEFA), Miriam Alegría, revealed that the extension of the area affected by the oil spill at the La Pampilla refinery, operated by Repsol, is 1 million 739 thousand square meters.

In dialogue with Canal N, the official explained that this figure could increase over the days, so constant monitoring will be carried out to update it.

“We are talking about 1 million 739 thousand square meters, this can continue to spread, we are still in the process of permanent supervision, as we identify affected areas we will continue updating that information”, he expressed.

The official stated that Repsol It has a period of five business days, counted from Tuesday, to “carry out the actions to contain the supernatant oil in the sea and recover the crude that has been the subject of containment.” You will be granted other terms to carry out other actions.

“Tomorrow we are going to request a report from the company so that it can inform us how progress is being made in complying with our measures because we are not going to wait for the deadline to be able to verify whether they have actually complied with what has been indicated to them.”, said the head of the OEFA.

‘Hablando Huevad…’: How much does it cost to go to one of your live shows at the Canout Theater?

Sebastián explodes LIVE against Greg Michel and tells him ‘ungrateful’: “He had nowhere to fall dead”

Melissa Paredes got a love tattoo with Anthony Aranda: “It means that we both complement each other”