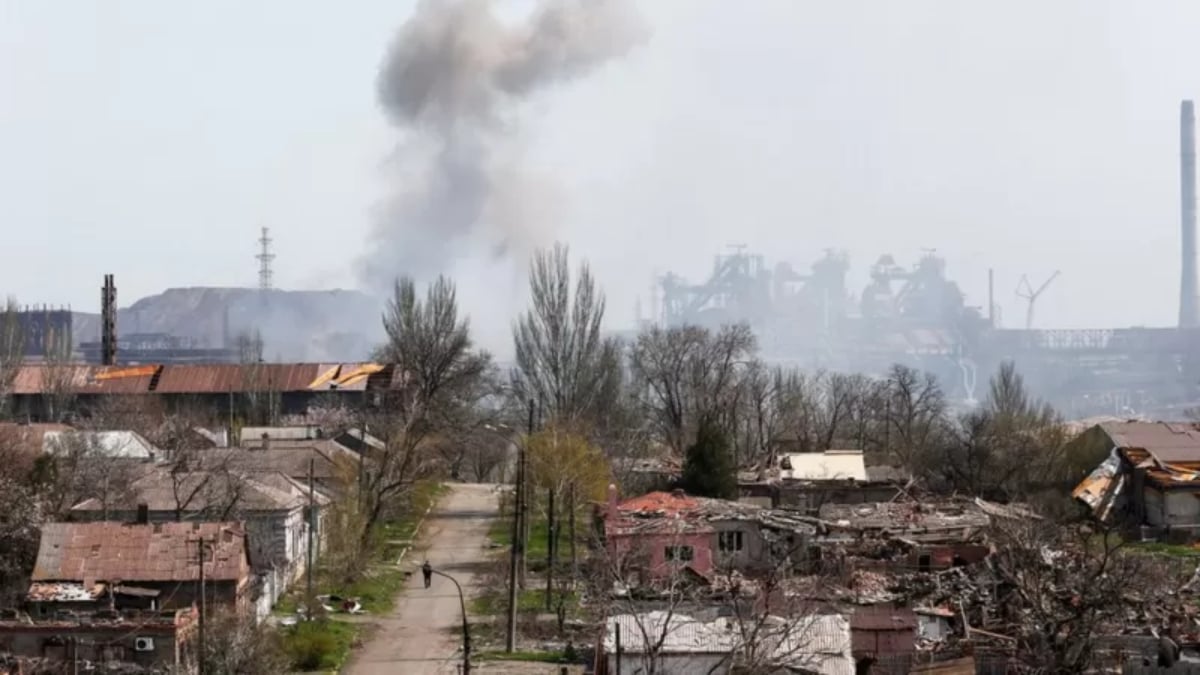 Mariúpol lives decisive hours. Whether or not the city falls under Russian control is limited to the last remaining Ukrainian stronghold in place.

The Ukrainian fighters are holed up in the massive Azovstal steel plant in the middle of the shattered city, which has become Mariupol’s last pocket of resistance. The seizure of the plant by Russian forces would mean the fall of the city and a huge victory for Moscow.

Russian forces are now attempting to storm the plant’s facilities after Ukrainian fighters on Sunday ignored Russia’s ultimatum to surrender or die, as reported by the AP news agency.

The Russian Defense Ministry issued a new statement on Tuesday in which called on Ukrainian forces and foreign fighters inside to surrender before noon Moscow time (09:00 GMT). “All those who lay down their arms are guaranteed to stay alive.”

Eduard Basurin, who represents the self-proclaimed Donetsk People’s Republic and is backed by Russia, told the Russia 24 television channel that aviation and artillery are helping “assault groups” take over the facilities.

Basurin, however, denied reports by Ukrainian officials that many civilians, including children, are hiding in Azovstal. The separatists intend to “liberate” the facility as quickly as possible, the RIA quoted another separatist, Denis Pushilin, as saying.

Ukrainian authorities say there is plus of a thousand people hidden in the bunkers and tunnels under the plant, many of them relatives of the combatants themselves. They further added that Russian forces were dropping heavy bombs on the factory.

Justin Crump, a military expert at security consultancy Sybilline, told the BBC there could be between 300 and 800 Ukrainian soldiers resisting in the city and added that the steelworks, which covers an area of ​​11 square km, was built “to survive a nuclear conflict”.

Mariupol has lived through weeks of siege since President Vladimir Putin gave the green light to invade Ukraine. Attacks on civilian buildings, including the city theater and a maternity hospital, have involved civilians. Ukrainian authorities put the death toll in the thousands.

Capturing Mariupol is seen as a great strategic prize for Russia. The city has an important port on the Sea of ​​Azov and its control by Russia would mean dominate a corridor between the Do regionnbás, in eastern Ukraine, with the Crimean peninsulaannexed by Russia in 2014.

The BBC’s Ukrainian service assures that the situation in Mariúpol is very difficult, with houses destroyed and water shortages. The Russians are also trying to restrict the movement of locals around the city, as well as completely prohibit the entry and exit of it.

Mariupol mayor’s aide Petro Andryushchenko said on Sunday that the Russian military was issuing “passes” to people who remained in the city.

“Hundreds of citizens have to line up to get a pass, without which from next week it will be impossible not only to move between city districts, but also to be on the street,” Andryushchenko said.

In an interview with the US network ABC, Ukrainian Prime Minister Denys Shmyhal said that the defenders of the city will fight against the Russian forces to the end; this despite the fact that Foreign Minister Dmytro Kuleba assured that Russia chose to raze Mariupol to the ground.

“The city has not yet fallen,” Andryushchenko said. “There are still our military forces, our soldiers, so they will fight to the end. And for now, they are still in Mariupol.”

In an intelligence report released on April 18, the British Ministry of Defense said that “Russian commanders will be concerned about how long it is taking them to beat Mariupol. Concerted Ukrainian resistance is harshly testing Russian forces and forcing them to divert men and materialslowing its progress elsewhere”

Ukraine demanded that Russian troops open humanitarian corridors from Mariupol to allow wounded Ukrainian civilians and soldiers to leave, but did not carry out a large-scale evacuation.

“We demand an urgent humanitarian corridor from the territory of the Azovstal plant for women, children and other civilians,” Deputy Prime Minister Iryna Vereshchuk said in a Telegram post.

The Ukrainian authorities have stated that Russia is wearing residents of Mariupol to its territory. Russia has traditionally rejected all accusations of inhumane treatment of civilians. Instead, the British Ministry of Defense compared the Russians’ actions in Mariupol to their tactics in Chechnya in 1999 and in Syria in 2016.

According to local authorities, between 20 and 22 thousand civilians could die in Mariupol.

While the defenders of Mariupol continue to resist, the Ukrainian authorities they deny the possibility of any territorial concession to Russia.

In an interview with CNN, President Volodymyr Zelensky said that Ukraine will not give up its eastern territories to end the war.

“Ukraine and its people are clear about it. We have no right to anyone else’s territories, but we are not going to give up our own,” she said.

The Ukrainian army will fight against Russia in Donbas, and this “will be decisive for the war,” Zelensky said.

According to him, it is also impossible to be sure that Russia will not resume the offensive on kyiv if it manages to take control of the territory in Donbas.