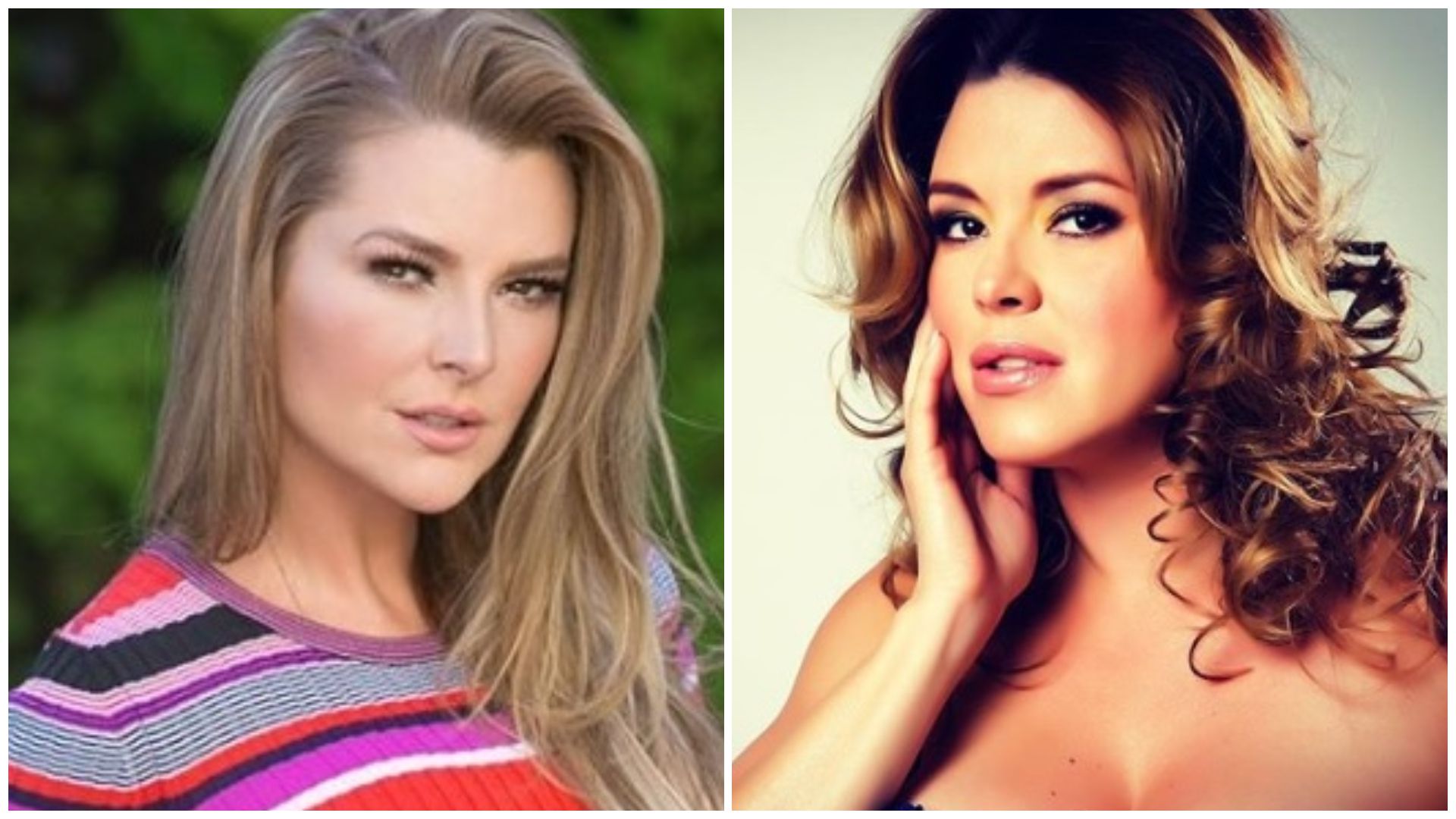 After what Alicia machado will participate in reality The House of the Famous and issued strong comments on the relationship of Marjorie de Sousa, Julian Gil and his son Matias, which was the great villain of The soulless gave his opinion on it. Sousa responded forcefully to a reporter from the entertainment program Tell me what you know everything you think about this and more topics.

When asked about what she thought of the former Miss Universe and her strong statements on television and streaming, the melodrama actress like Until the end of the world, My Husband Has More Family or True loves commented: “My life is not something you care about, so I don’t have to feel bad or good“Said the actress.

The actress’s response has surprised her fans, since on the official YouTube channel of said television show, her most loyal followers have argued that despite the fact that the reporter asked in the least invasive or provocative way, Seeing the actress smile and respond in such a forceful and confident way is because she has already learned not to enter into conflicts that she does not initiate.

“You don’t take away your child’s right to have that person. That cannot happen, it is a child’s right, neither yours nor his […] And the story that I know, because I am a friend of the other party, plus the ropes that one ties and what I have seen ”, Alicia commented.

To further increase the controversy, Machado continued: “That is a base as a person. Just as for me the greatest baseness that a man can do is to beat a woman, for me the greatest baseness that a lady can do is to try to manipulate or detain a man by force with a child. I am very sad about Julián, because I went through that, it is a terrible pain not being able to bring you closer to your son, I understand it and I am with him, “she said before being the winner of the reality show.

The actress was also questioned about how her son could take all the statements that celebrities such as Alicia Machado or even other personalities have issued or could issue against him, to which she assured that her son despite his age and not Having direct contact with the media is already understanding that he is a public person like his mother.

“The issue of my son Matías, he is beginning to understand little by little that he is a public figure and in some he has seen, I catch it by chance why do you avoid it, he himself says’ Mom, that is not true ‘and I tell him’ Daddy is that we are public figures and that means that people know you too, but there is a private life and that is something yours and mine and nobody else knows about it, ‘”said the award-winning actress. TV and novels.

When asked about the possibility that his son Matías spends the Christmas and New Year season with Julián GilThe actress responded immediately to change the subject since she was present at an exhibition and that was the only thing that mattered “knowing the art here is what we all come to do.”

Marjorie has been in a legal dispute with Gil for several years, but since August 2019 the actress has the custody of the child and the actor must provide 20 percent of his income as maintenance. In addition, visits to Matías are restricted and must be granted by his mother.

Julián Gil set the networks on fire with his transformation: “It’s a great challenge”