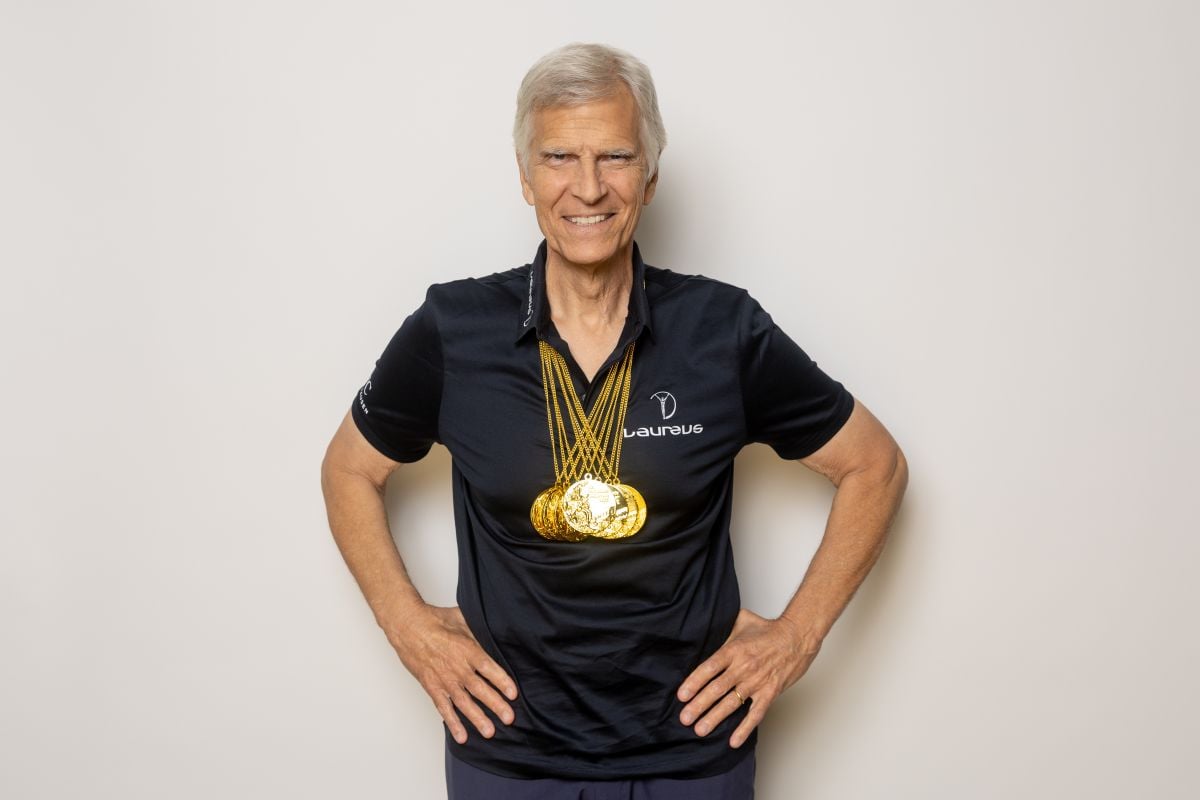 Mark Spitz is one of the biggest names in the history of the Olympics thanks to his seven gold medals – with seven world records – in Munich 1972.

But when the Californian swimmer, then 22 years old, was preparing to compete in those Games, his mind put him on slippery ground: he had nerves and bad feelings because of what happened four years ago in Mexico 1968, when he failed to meet his high expectations.

Spitz, standing in front of the pool’s turquoise water and watched by millions of viewers on television, made a mental effort and managed to transport himself to his training pool in Santa Clara, California. He then proceeded to win his first gold medal in the Munich Olympic Park and began writing history.

That crucial moment and many others captured on unreleased film are shown in the film. “72 – A Meeting of Champions”, a documentary series produced on the occasion of the 50th anniversary of those Olympic Games in which Spitz was the biggest star.

A few days ago, in a chat with La Opinion, the legendary Spitz spoke about that sporting feat, which certainly went down in the history of Olympism accompanied by an almost simultaneous tragedy: the terrorist attack that cost the lives of 11 Israeli athletes. Spitz, also a Jew, had to be evacuated from Munich the next day.

“I’m just an ordinary guy who trained hard, diligently, and in one particular week did extraordinary things.”Spitz says with tears in his eyes at the end of the emotional and tense episode directed by Jonathan Hock and which can be seen now on the official site of Olympics.com and will be available on other platforms such as Peacock.

This is our chat with Mark Spitz in Los Angeles:

How do you feel after watching the movie?

Well, I’m proud that they were able to capture the true story of what happened to me, with video that I had never seen, and I think they did a great job. I think it captures the actual events and how I was able to do what I did.

This was 50 years ago: poolside greatness. Can you look back and reflect on all that happened to you in and out of the water?

Certainly at the 1972 Munich Olympics I was in the first week of competition and by the time I finished I had won seven gold medals. Unfortunately the terrorists came to the village and captured several Israeli athletes and 11 of them were killed, so the triumph of what I was able to achieve and the tragedy of what happened to them became such big international news. that we’re still talking about it 50 years later, and I think we should, because the Olympics changed from what happened in 1972 to protect the athletes; there is a lot of security, not only for the athletes, but for the spectators, the doctors, the coaches and the citizens of the host city and they have done a good job for 50 years, managing to organize the Olympic Games without another tragedy like that.

In the film you mention that before you started competing in Munich you were able to mentally transport yourself to your training pool so you could control your insecurities and your bad memories of four years, but how is it that you were able to focus at that time to go for your wins?

Well, you train all the time to do something like what I did. I had been in many competitions against the same opponents, so I was used to being in the pool with the same people for at least four years. It’s not like we came out of nowhere, or ‘I’ve never seen you before’, or where were you?’ No, every year we competed with each other, we knew each other, it was a family atmosphere.

What are you most proud of? What has been his legacy besides him as a person and not just as a swimmer?

Well, I am very satisfied with my career as an athlete, I think I have achieved many things. And I got married, I’ve been married to the same woman for 49 years, my family is really strong and a happy family. I consider that I have had a very healthy life; physically I keep myself in relatively good condition, I always have a positive attitude: the glass is half full and not half empty.

Those terrorist attacks in Munich were an expression of hatred and intolerance, and in recent years we have witnessed a lot of that, including in this country. What do you think of the way the United States looks now?

I think we’ve had some tough times, we certainly have more people living in the United States and more people in the world, and we can’t solve all the problems, and any problems that we have are sometimes magnified because they’re bigger problems, because they involve more people. I think that good governments are required, good citizens are required and I genuinely believe that most people are fair; fair people, good people, and hopefully the goodness of people prevail.

Who is the Olympic athlete that you have admired the most?

I admire many athletes for a variety of reasons. In my day it was (the swimmer) Don Schollander. He won four gold medals and he’s the person that I wanted to emulate and maybe surpass, so I was able to do the same thing he did and then I was able to surpass him. I have admired many athletes.

They had their own problems. The Games will return to Paris and four years later to Los Angeles. And then they came a long way, I think because there was only one city interested and they gave it to Brisbane (Australia) for the year 2032. The current state of the Olympics is that they have to plan what the world will be like and there is always some controversy when they arrive the Games regardless of the venue. In Tokyo it was that they had to postpone because of the Covid, but I think they did a good job despite that.

Finally, is there a message you want to share with all athletes, Olympians or just recreational athletes?

Impose a dream on you, have a dream. But dreams will be just that unless you do something about it. So always take the first step in the direction of fulfilling those dreams. That is my message.

Read more:
– Historic swimmer Michael Phelps details the moments when he thought about taking his own life
– Coach saves the life of a Mexican-American swimmer in full competition
– Belarusian swimmer sold her medal to fight against the government of her country