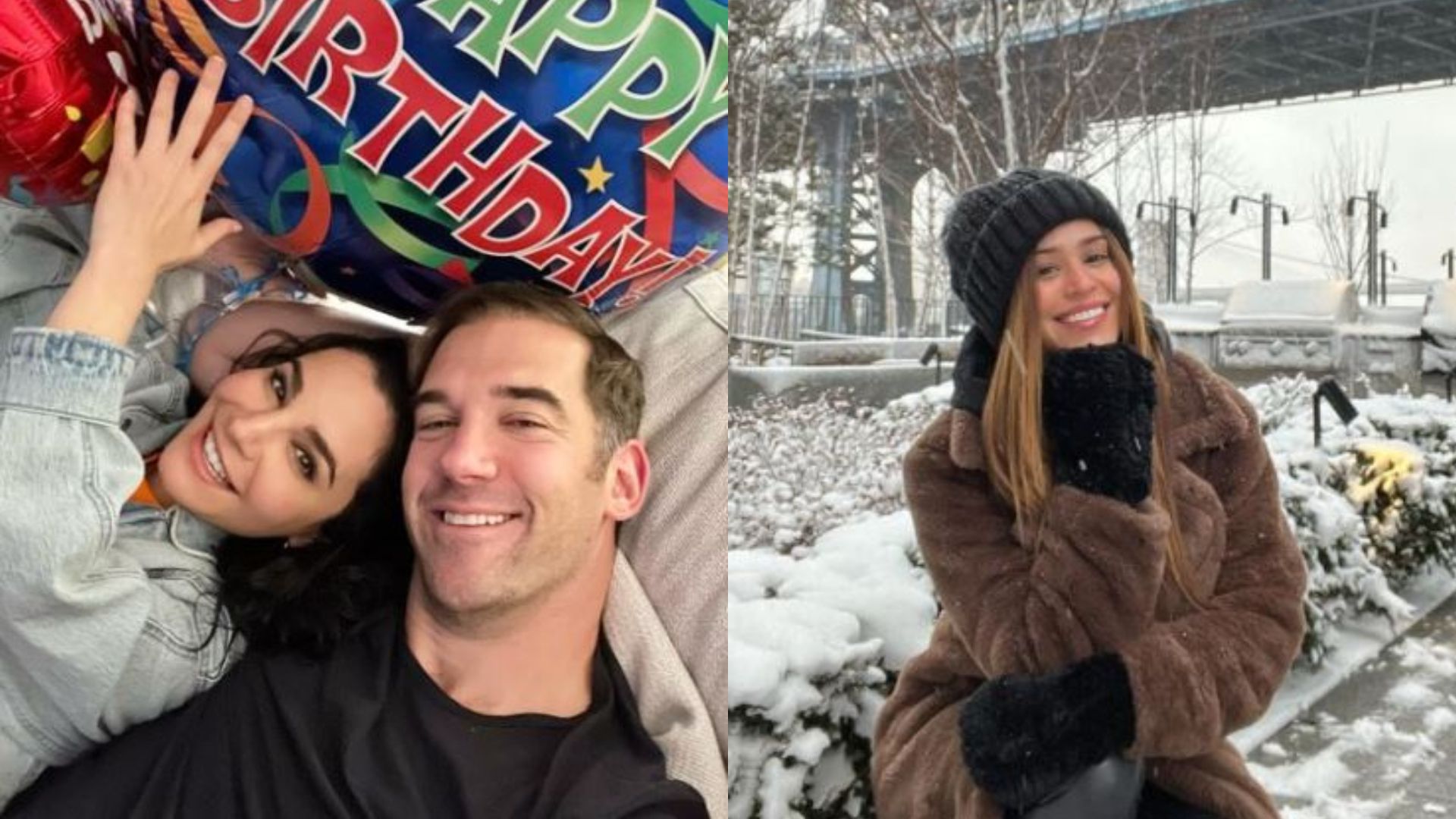 After the controversy that was unleashed by an alleged infidelity of Lewis Howes to Yanet Garcia, Martha Higareda She surprised her boyfriend with a romantic dedication that she wrote on social networks on the occasion of her birthday. Within her message, the actress jumped in defense of her current partner by highlighting some qualities that she has revealed in her personal and professional life.

During the last hours of last Wednesday, March 16, the protagonists of Don’t stain Frida turned to his Instagram account to share a series of photos of the birthday celebration for the writer of The school of greatnees and The mask of masculinity. In the images you can see the couple living with friends or family in a park where they practiced archery.

Martha Higareda added a video of when they sang happy birthday to you in honor of the celebrated, who blew out his candle in a cupcake. The Mexican interpreter completed her publication with a tender message, where in addition to wishing her boyfriend a happy birthday, she also She said she is proud of the effort she makes every day to achieve her dreams.

“Happy birthday Lewis Howes, it’s a pleasure to celebrate you!! Your life, your purpose, your kindness, your huge heart! You inspire me so much and you inspire friends, the community and so many people! I know it has provided you with time, lessons, and hard work to get to where you are today, and I am so proud of you and your continued desire and commitment to growth and expansion,” she began.

the protagonist of Loving You hurts went on to acknowledge the dedication Lewis Howes has to his family, friends and community. He also recalled that during the last few months he has faced different situations that have led him to have inner peace and, in turn, this has allowed him to have a balance in his life. Finally, he thanked the courtship they have built together.

“I am grateful for our conscious relationship of love and how we continue to build a foundation of peace, trust, mutual admiration, respect, conscious communication, flexibility, spirituality and joy and many other things… I know you always say ‘I’m not perfect, I’m working on This or that’. I just want you to know that I love you, I love you Unique you! [sic]”, he concluded.

With this, Martha Higareda put aside the accusations that point to Lewis Howes as unfaithful. It all started after Yanet García, ex-girlfriend of the author, answered the question that one of her followers asked her about how she could face the fact that her ex-partner had started dating a new person a few days after finishing her relationship.

“I understand you perfectly. The same thing happened to me, I broke up with my ex and after 2 weeks I was already in Tulum with Martha. I recommend that you focus on yourself and not date someone just to fill the void. It is super important to heal before starting a relationship,” she wrote.

Until then, the weather girl had not made any statements about the relationship between Lewis Howes and Martha Higareda, which took the users of the platform by surprise. The information reached the ears of the protagonist of Marry who can in an interview for come the joywhere He regretted that the model also took his breakup in this way and denied the accusations.

“It seems very strange to me that she tells that story because, well, that way I can say it with all her letters: It’s a lie”, he declared.

Quickly, Yanet García responded through her Instagram stories by sharing screenshots of the photographs that Howes uploaded to her profile in June 2021 while she was traveling in Tulum and complemented it with fragments of interviews where Higareda had declared that their romance began in the same month.

Selena Quintanilla: they will release a new album 27 years after her death