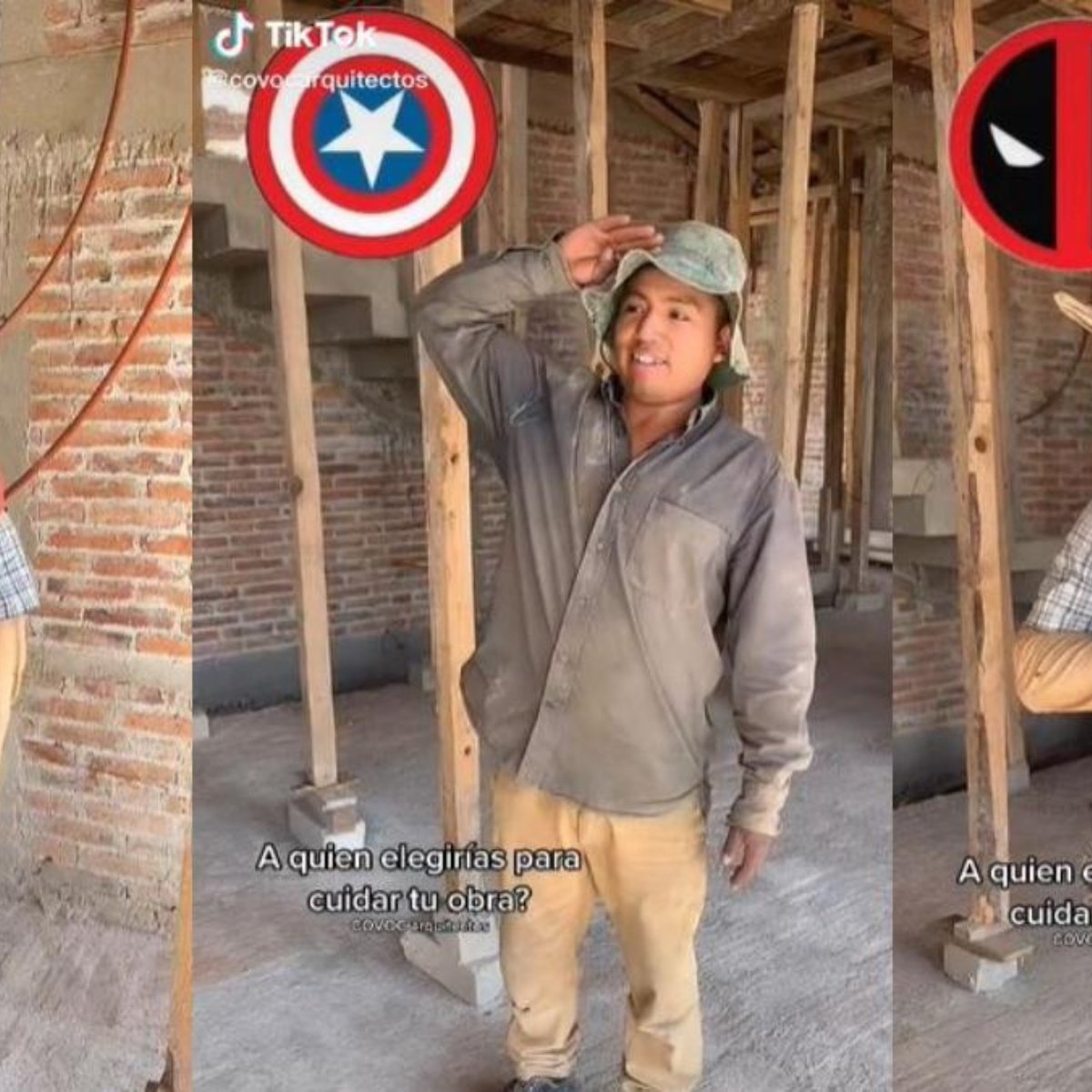 Through social networks a video of some bricklayers who parody the “Avengers”Well, a construction company decided to promote their work, but caused various reactions from Internet users, some criticized them because they would not meet deadlines.

The video was shared through TikTok and went viral, but it also generated criticism, because the people who work in the company decided to parody the Marvel superheroes. Users say they do not take their work seriously, but the young woman who posted the video said it does not affect the pace of her work.

Previously in AmericanPost.News We share a funny video of the “Avengers” that went viral, and what caught the attention of Internet users is that they shared an intro of the superheroes as if it were a soap opera, one of the ingenious videos that drove users crazy.

Masons parody the “Avengers” and go viral on TikTok

In the clip it can be seen that the workers imitated famous characters such as Captain America, Wolverine, Thor, Deadpool and Hawkeye by using construction tools, although some used other objects such as a lid for a bucket. The video appears with the caption “Who would you choose to take care of your work?”

Thor’s character is parodied with an empty cement bag, Captain America with a shield with a paint bucket lid, Hawkeye with a recycled arrow, Wolverine with iron rods to imitate his claws, and Deadpool with two metal bars. .

The TikTok video of the bricklayers went viral and has added thousands of reactions from Internet users, in addition to various comments from users, who commented that they are “Loza Vengers” or “Vengalbañiles”, who had fun making the video, so you can appreciate in the clip.

What does the bricklayer do?

Some users have questioned what a bricklayer does, as it has several functions but its main objective is to build interior and exterior walls, as well as a building, as well as the repair, remodeling or maintenance of homes and architectural works.

On the other hand, the salary of the bricklayer in Mexico will depend on where they work and for which company and their experience. On the other hand, a construction company caused a stir on social networks by promoting their work where some bricklayers parody the “Avengers.”