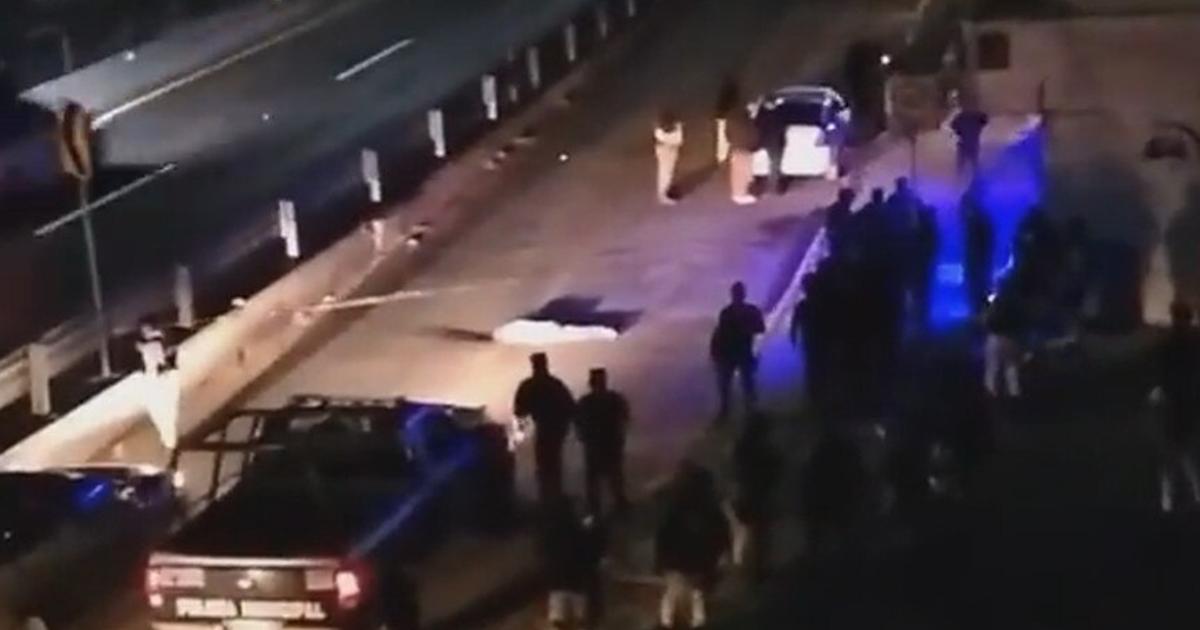 What happened in Guanajuato? At least nine people have been killed in a shooting at the Lexus Bar, located on the Apaseo el Alto-Queretaro Panamerican Highway.

The events occurred shortly after 9 p.m. today, November 9, and were captured on video.

The first versions indicate that a commando entered the Manuel Avila Camacho neighborhood and opened fire on the people inside.

After the events, families of the victims arrived at the scene and tried to enter the business to embrace their loved ones, but police and military officers barred their way to preserve the crime scene.

It was at 9:20 p.m. when 911 received numerous calls requesting assistance from police and ambulances because an armed attack had occurred at a bar on the side of the Panamerican Highway, at the height of 18 de Marzo Street, near the main access to Apaseo el Alto.

Within minutes the area was filled with municipal, State Public Security Forces (FSPE), and Mexican National Guard officers, who immediately set up a wide cordon with yellow tape.

Ambulances from different agencies also arrived and checked several people, among them an elderly man who was lying lifeless outside the bar with visible gunshots to the head.

According to local media, the owner of the Lexus Bar, where the Guanajuato shooting occurred, died.

Authorities also stated that, next to the Lexus Bar, in Guanajuato, a black car was found crashed, and another parked.

The Directorate of municipal public safety and road traffic reports: At approximately 21:00 hours of this November 9, a citizen report was received to the 911 emergency system, in which mention was made of firearm detonations in the establishment called “BAR LEXUS” located on Federal Highway 45, direction Celaya-Queretaro, in circumscription of this municipality. The first information gathered indicated the presence of armed subjects on board a pick-up truck, who upon arriving at the establishment, fired their weapons at the people gathered there, resulting in the death of 5 men and 4 women, as well as injuries to 2 more women, who are reported to be in stable condition.

Two vehicles, a 2005 Ford Mondeo and a Fiat Palio, were seized at the scene, as well as two posters alluding to a criminal group. The State Attorney General’s Office is in charge of the investigations for the clarification of the case and the arrest of those responsible. The Municipal Police of Apaseo El Alto is strengthening coordination with state and federal authorities, specifically the National Guard, which is present on the federal highway. In addition, citizens are invited to provide information about the perpetrators in order to strengthen the investigations and bring them to justice as quickly as possible; your call to the 089 number is anonymous and confidential.

Update 4: Authorities are looking for clues for the investigation and are asking for help

The only authority that has provided information is the municipal government of Apaseo el Alto, which confirms the death of nine people, and the seizure of the two vehicles and indicates that the investigation and arrest of those responsible correspond to the Mexican State Attorney General’s Office.

Citizens are called to provide information they have about those responsible, in order to strengthen investigations and bring them to justice as soon as possible.

Update 3: another shooting registered nearby

After the massacre, another fire was registered in a junkyard in the community of Roque in the municipality of Celaya, less than 30 kilometers from the “Lexus” bar.

The last multiple homicide in Guanajuato was also inside a bar. On October 15, an armed group, also identified with the Santa Rosa de Lima Cartel, killed 12 people in “El Pantano” in the municipality of Irapuato.

El Rodo and/or Rudo, as the 39-year-old drug lord is also known, was apprehended by Baja California authorities along with three other people on Tuesday, November 8, after they searched the vehicle in which he was traveling and found 60,000 dollars and 40,500 pesos, of which they could not prove their legal provenance.

The narco-war between the Santa Rosa de Lima Cartel (CSRL) and the Jalisco Cartel – New Generation (CJNG) in Guanajuato flooded the state with blood once again with the massacre at the Lexus Bar in the municipality of Apaseo el Alto on Wednesday night, November 9.

It was around 9:00 p.m. when a group of hitmen from this criminal organization, led by José Antonio Yépez Ortiz, alias El Marro, arrived at the establishment and fired indiscriminately inside.

After executing at least nine people, they left a couple of posters in which they acknowledged their responsibility for the attack.

“This will happen to the whole bunch of whores who give bl*****s. Here we are doing what you couldn’t do for so long, ‘Zermeño, ‘ as well as all the skinny bitches of the Jaliscas. Get out of the molehill, sons of your fucking mother. Att. CSRL Shadow Task Force. Marro. MV,” reads the narco message.

It should be noted that Guanajuato is one of the five most dangerous states in Mexico, according to the updated crime figures report on October 20, and ranks first in intentional homicide crimes.