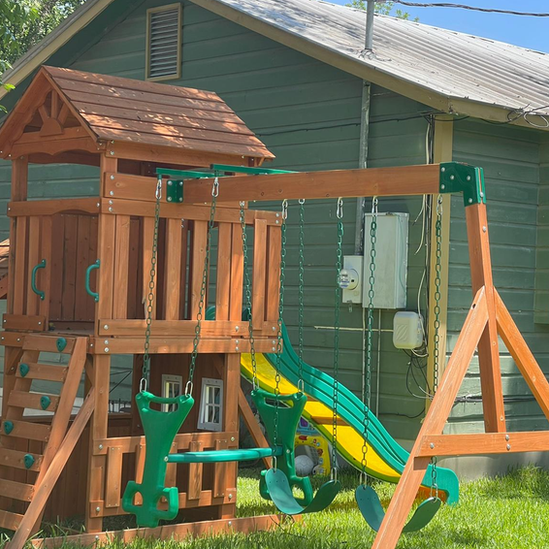 “They were barely growing and he took their lives. It’s good that he died, because I say they would have given him the death penalty.”

This is how bluntly José Guerra speaks about the young man whom the police identified as Salvador Ramos, the suspect of shooting 19 children and two teachers to death this Tuesday at the Robb Elementary School in Uvalde, in southern Texas, before being shot down For the police.

It was the deadliest shooting at an elementary school in the United States since 20 children and six adults died nearly a decade ago at Sandy Hook Elementary School in Newtown, Connecticut.

The day after the tragedy, this Wednesday, leaning on the green wooden fence that surrounds his mother’s modest wooden house, Guerra says that among the victims is his niece.

“They couldn’t find her yesterday. My wife spoke to me at around 11 at night, because they took blood from her sister to do the DNA. And as at that time they told him that there was…”. Which indeed was Elihana Cruz Torres.

“They say that she died in the living room”, he manages to continue in a broken story.

“In the morning my wife called me to tell me that they took all the children to San Antonio to do an autopsy,” he explains.

“It feels ugly. There are no words. Because the boy shouldn’t have done that. They are creatures.”

Carlos Velásquez says he feels that same desolation: “I have a broken heart.”

He came as soon as he could from Dallas to his hometown when he learned that his cousin, a student at the school, is now in critical condition.. He prefers not to give his name, for privacy reasons.

He drives a pick-up which he stops on the sidewalk in front of Guerra’s house briefly to answer questions from journalists.

He has Rande Ortega as co-pilot, who finds it difficult to articulate a word, but manages to say: “I have a nephew who goes to that school and all my sisters teach there. They were lucky to get out alive yesterday“.

They left early to go to an awards ceremony.

“It’s all quite surreal,” Velásquez takes up the story. “I’m praying all the time that it’s a dream.”

“The world shouldn’t know about Uvalde, and not because he doesn’t deserve it. But it is a small community in South Texas that now the famous, the president, all these great public figures are referring to and it is unfortunate that they talk about it under these circumstances, ”he continues.

“They don’t know it because of Dolph Briscoe (the forty-first governor of Texas, who hails from this city), the Grammy winners Los Palominos —best Tejano album in 2000, best norteño album in 2009—, they don’t know about its beautiful river… Uvalde is known for a mass shooting“.

It is indeed a small community where everyone is a familiar face. And those who do not have relatives who study or work at the school are close to someone who does.

“I have lived here all my life and I am 54 years old,” says Sandra Parra first thing in the morning, while having coffee in the garden, when there is still not a soul on the street.

“And since I work in the program Early Head Start — a federal initiative to support learning in low-income families — and a lot of these kids came to him, he knew them, I know the families,” he explains.

It was difficult for him to fall asleep, he admits, because of the police who were still on the street and because of the morgue vehicles. And by 6 she was up. “I started crying and couldn’t stop. Because now what? There is no normal here. It’s all very difficult.”

Its demographic profile coincides with that of Uvalde, a municipality that according to data from the US Census Bureau in 2020 had 15,217 inhabitants, and in which 81.8% say Hispanic or Latino when asked and only 14.9% declared themselves white.

“Here almost everything is pure Spanish,” exclaims Guerra. “The gringo speaks Spanish. One or the other does not understand, but almost all of us speak it”.

The names also make it clear that this is a predominantly Mexican-American neighborhood. Also some signs, or the shirt that Roberto wears and that says “I didn’t come to see what, I came because I knew.”

Fran’s parents are originally from Mexico, although he says he does not speak Spanish.

“I used to go to this school and I used to walk home. I felt safe. But I guess times have changed,” she says, with her back to the Robb Elementary School sign now adorned with bouquets and balloons, as a tribute to the deceased.

Those who want to make their offerings first have to overcome the barrier of journalists, cameras and tripods, and then hand them over to law enforcement officers to deposit them.

Inside, the press conference in which the governor of Texas, Republican Greg Abbott, told the public the latest about the shooting has just ended.

A heated session in which the Democratic candidate for governor, Beto O’Rourke, snapped: “They are not doing anything, nobody is doing anything.”

And it is that the one in Uvalde is the latest in a series of mass shootings that have put the debate on gun control back on the table, if it ever ceased to be so.

Texas is also one of the states with the fewest restrictions in the country to carry them.

Asked about it, some neighbors like Roberto prefer not to comment. “I don’t want to get in trouble with anyone.”

“What do I think about the subject? I think many things and very ambivalent”, admits Velásquez.

“So it’s a very nuanced topic. It’s a really complex conversation“, he concludes.

Fran also makes reference to being raised in an environment where guns were present.

“Growing up in a small town in Texas, you know… I have a gun myself. I have always been surrounded by that kind of thing, ”he acknowledges.

“But I think there should be more oversight on that. It’s going to be hard for the gun community to put this behind us. [Se necesita] plus background checks, mental illness checks and that sort of thing. We should take a closer look at that,” he says.

Sandra, for her part, says she is confused.

“Everyone has an opinion, but look what happens: anyone can carry a gun. This guy was only 18 years old and he looks at the ones he was able to buy. He was wearing a bulletproof vest!”

“I do not understand any of this. Either there are changes or… There are too many people against guns. [Dicen que son] security, but they are not really secure.