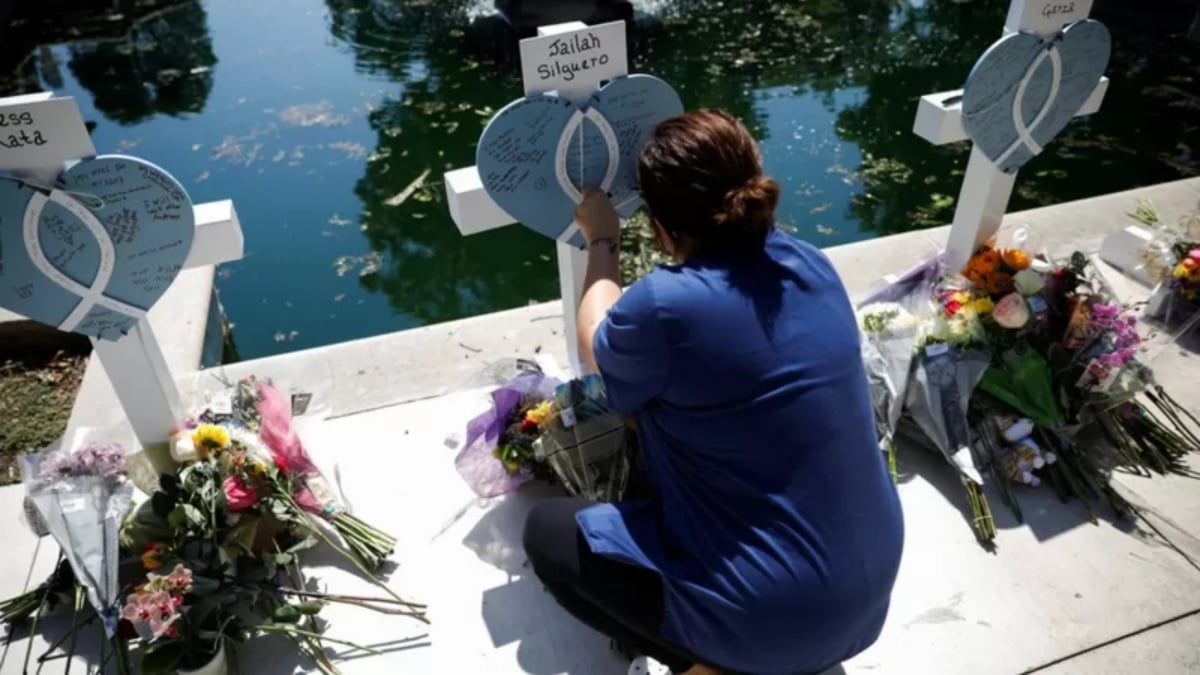 In Uvalde, a Texas border town, the worst massacre in nearly a decade occurred at an elementary school in the United States.

The attacker, identified as Salvador Ramos, was a young American who was killed by the police after he killed two teachers and 19 children, between 7 and 10 years old.

The community is devastated by the tragedy.

The testimonies of grieving family members have begun to circulate on social networks and the media, but perhaps the most difficult thing has been listening to the little ones who were at school and tell how they experienced the attack.

The BBC spoke to one of the surviving children, whose identity is being withheld for their safety.

“We have a door in the middle, [el atacante] opened it. Then she came in, crouched down a bit and said: It’s time to die, ”says the 10-year-old.

“When he fired, it was so loud that it hurt my ear. When I saw the bullet on the ground, I knew it was real,” she adds.

“And when I heard the shots through the door, I told my friend to hide under something so he wouldn’t find us.

“The cops said ‘say help’ if you need help. One of the people in my class asked for help. The man heard it. He walked in and shot her. And then the cops burst into the classroom and he [el atacante] he shot at them, so the police started shooting at him,” says the boy.

In the end he and his friend managed to escape when the police took control of the situation. “I just opened the curtain and then I just put my hand out and walked out with my friend, because I knew it was the police when I saw the armor and the shield,” he explains.

a lot of confusion

In the rest of the school everything was uncertainty and chaos.

“We were all in a panic because we didn’t know what was going on,” Chance Aguirre, 9, told NBC.

“What we saw was thousands of police and border agents entering the cafeteria. We were hiding behind the coffee shop stage when it all happened,” he explains.

Due to the proximity of Uvalde to the Mexican border, the border authorities have a high presence and went to the scene of the events.

“The only thing we saw was police and helicopters everywhere, then we had to leave the school,” Aguirre said.

The children also remember how the teachers tried to protect their classmates. “They were good teachers and stood up to my classmates to help save them,” the boy told the BBC.

They were Irma García, 46 years old, and Eva Mireles, 44 years old. They had been working together for five years.

The motive for the attack on Robb Elementary School, which has about 600 students, of which almost 90% are Latino and about 87% come from economically disadvantaged families, is still unknown.