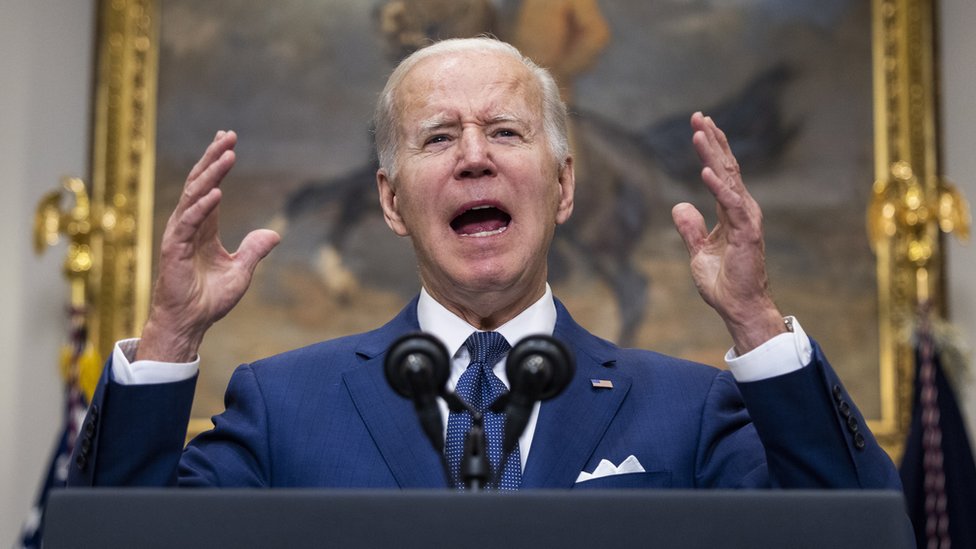 In June 2021, while signing seven bills to loosen access to guns, Governor Greg Abbott declared that Texas would be America’s “Basis of Freedom.”

With this action, the Republican, whose mandate began in 2015, reaffirmed the historic tendency of Texas state governments to favor the purchase and carrying of weapons among their citizens.

Less than a year after that signing, a shooting at a school in Uvalde, a city in the south of the state, caused the death of 19 minors and two teachers.

The tragedy happened on Tuesday, when Salvador Ramos18, broke into a classroom with two semi-automatic weapons that he bought legally, even though he had behavior problems, according to reports.

On Wednesday, speaking about the massacre, President Joe Biden He called for more checks on the Abbott administration, calling the state’s laws “wrong.”

While, Betty O‘Rourkewho ran unsuccessfully for the Senate in 2018 and will fight for Texas governor this year, publicly confronted Abbott as he held a news conference on Wednesday.

“The time to stop the next shooting is now, and you guys are doing nothing,” he yelled at her, before being led out of the building.

With what happened in Uvalde, the number of mass shootings in Texas rises to eight in the past 13 years.

But despite the high number of recorded casualties, politicians like Abbott refuse to restrict access to guns. On the contrary, they continue with the trend of deregulation.

That is why Texas has earned -for some- the nickname of “paradise of the weapons“.

Precisely, the annual convention of the powerful National Rifle Association (NRA) is being held this weekend.

The organization AZ Defenders, which supports access to weapons in the United States, affirms that, by February 2022, Texas was the tenth state with the laxest laws to access weaponss.

In Texas, residents can carry weapons in public without a permit, as long as they are 21 years of age or older.

Although the minimum age to buy a gun is 21, as young as 18 is allowed to purchase a rifle, like the AR-15 used by Ramos in the Uvalde school shooting.

The law also allows 18-21 year olds to apply to buy a firearm from a licensed dealer if they feel threatened by, for example, family violence or stalking.

Likewise, private companies can prohibit the carrying of weapons on their premises, but another recently passed law prevents government agencies from signing contracts with companies that “discriminate against the firearms industry.”

Texas politicians have pushed their gun access policies for years with broad popular acceptance, according to several polls.

According to the Texas Politics Project, data from February 2022 showed that only 44% of Texans support stronger laws to restrict guns. 40% are in favor of banning semi-automatic weapons.

These numbers stand in stark contrast to the sentiment of the American population nationally.

In 2021, the Pew Research Center He noted that 53% of US citizens favored stricter gun laws and 63% favored a ban on assault weapons.

In both cases, there is a stark difference in views based on political party affiliation, with Democrats being more in favor of more gun control and Republicans against it.

Republicans and Guns in Texas

Gun deregulation in Texas began in the mid-1990s, says historian Brennan Gardner Rivas in a column published in the Washington Post.

Before this period, the expert indicates, there were strong prohibitions in the state that “remained on the books for more than a century.”

After the American Civil War (1861-1865), to contain the violence of groups such as the Ku Klux Klan, Texas Republican Party legislators banned weapons in public places.

Later, during a period when the Democrats dominated, these checks continued.

“Texans who endured the civil war and its aftermath assumed that fewer guns in public meant fewer headstones in the cemetery,” the professor comments in her column.

But in 1995, when the Republican Party returned to power in Texas under the administration of George W. Bush, who years later would be the country’s president, a law was passed that allowed weapons to be carried again in public, albeit hidden.

Since then, under the idea that citizens can “protect themselves better”, the relaxation of these laws continues.

In an interview with the BBC, Texan Carlos Velásquez said that he grew up hunting, surrounded by weapons and his family.

In the conversation, which occurred a day after the shooting in Uvalde, he pointed out that in the small cities of the state, young people are usually given a gun when they reach the age of majority.

“As a kid, I remember my uncles teaching me and training me on how to hold a gun,” Velasquez said.

The man was traveling from Dallas to meet with a family friend who lost a daughter during Tuesday’s attack.

“The juxtaposition of good security with what just happened is very nuanced. It’s not a clear thought, it’s a really complicated situation and a difficult conversation to have right now,” she stated.

What happened this week marked his perspective on weapons.

“Uvalde is a small and picturesque town. The world is not going to know Uvalde for Dolph Briscoe (the 41st governor of Texas), nor for the Grammy-winning Los Palominos (Tejano music group from there). They will not know about the beautiful rivers that pass through here, ”he told the BBC journalist.

“Uvalde is going to be known for its mass shootings and that’s really unfortunate.”