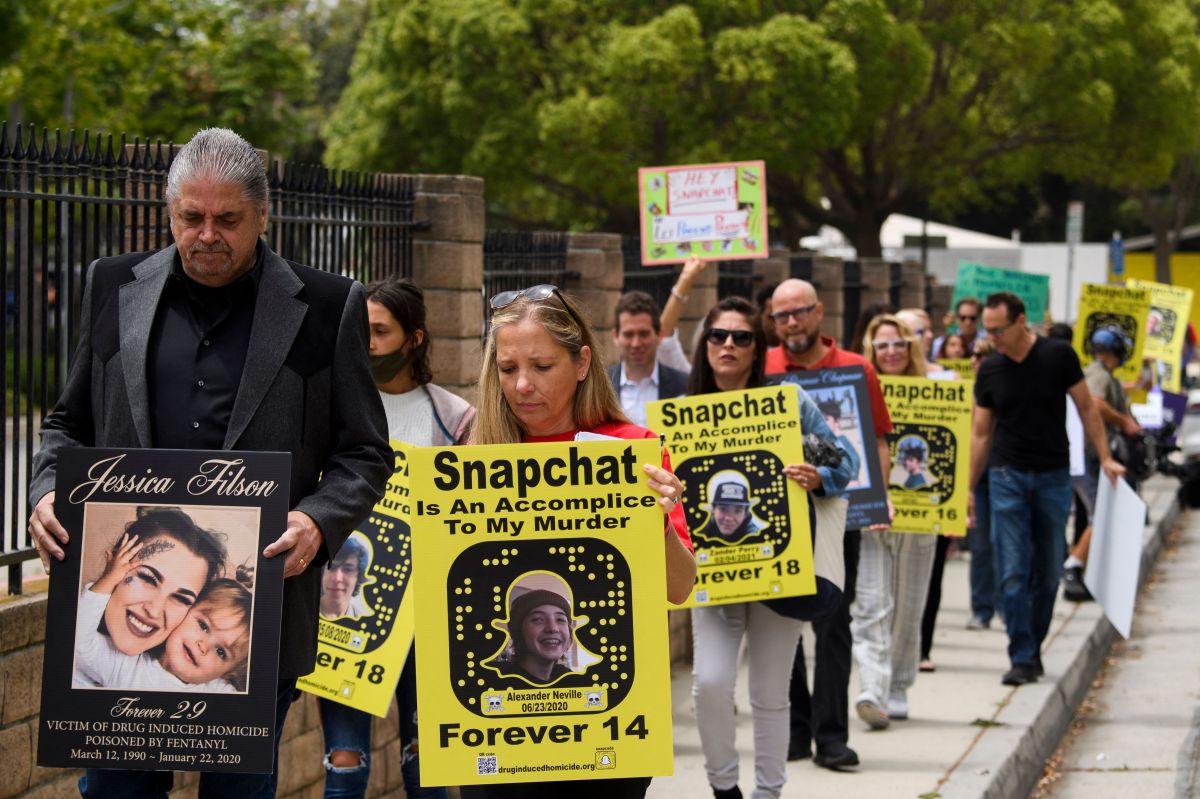 The Drug Enforcement Administration (DEA) and the Department of Justice they announced Thursday the arrest of 818 suspected drug traffickers and the seizure of 1.8 fake pills loaded with fentanyl, in a joint operation carried out across the United States for two months.

The fentanyl, an illicit synthetic opioid found in most seized counterfeit pills, is the leading cause of the recent surge in overdose deaths in the US.

These fake pills are deadlier than ever.

DEA laboratory tests reveal that today, four out of 10 counterfeit pills with fentanylor contain a potentially lethal dose. Also, the number of fake pills they contain fentanyl it has risen almost 430% since 2019.

The Deputy Attorney General of the United States, Lisa O. Monaco, and the director of the Drug Control Administration (DEA), Anne Milgram, reported in a press conference at the headquarters of the Department of Justice that in that operation the forces Security officers also seized 158 weapons.

Authorities also seized 712 kilograms of dust from fentanyl, enough to make tens of millions of deadly pills, in addition to methamphetamine and cocaine, among other substances.

Milgram noted that the fentanyl and the contraband pills are produced “en masse” in Mexico by the Sinaloa and Jalisco Nueva Generación cartels, which, he pointed out, use chemical products originating in the vast majority of China.

“These are criminal organizations that we believe are responsible for the production of the drugs that flood our streets. They are pills that are sold on social media such as Snapchat, Instagram and on e-commerce sites on the dark web and on the street, ”said the head of the DEA.

He detailed that the pills are created in such a way that appear identical in color, size, and labels to those prescribed by physicians to treat certain diseases.

He added that they began to investigate following a series of overdose deaths in the US, leading to the discovery that counterfeit Xanax (Alprazolam) pills were being sold, a drug to treat anxiety, on the ‘dark web’ (dark internet) through cryptocurrencies in a southwestern state of the country.

“In eight weeks the DEA and its collaborators have seized enough fentanyl enough to kill 700,000 Americans, “remarked the head of the DEA.

For its part, Monaco stated that in recent years the presence of this type of pills, which contain “illegal fentanyl”, has increased “alarmingly”.

The deputy attorney general recalled that 93,000 people died from overdoses in the US in 2020, “the highest number of drug-related deaths recorded in a year”, and an increase of 30% compared to 2019.

Monaco indicated that they have found contraband pills in all US states, both in cities and rural areas, and that they are sold mostly to teenagers through the internet and social networks.