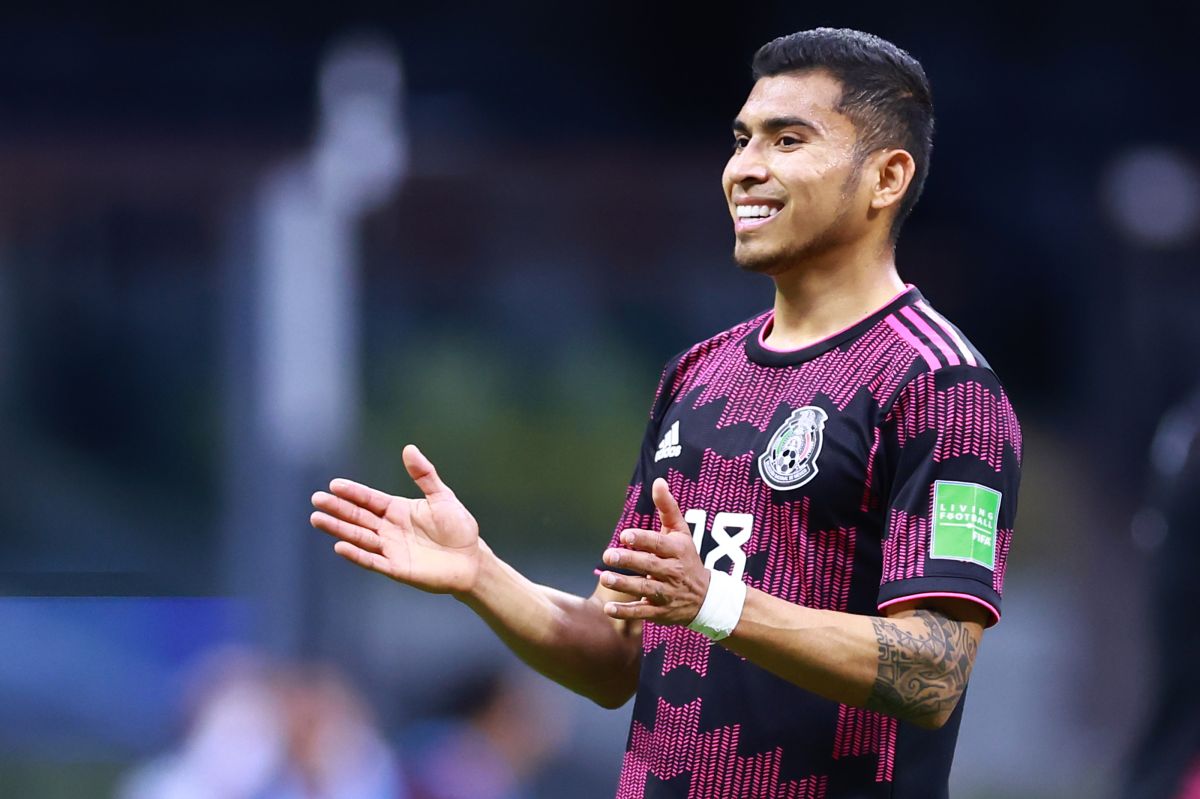 Finally the time has come, “El Maguito” Orbelín Pineda made his debut with AEK Athens under the orders of an old man known as Matías Almeyda. Less than two days after his arrival at the Greek team, the Mexican and now former Celta de Vigo was already uniformed and jumped onto the pitch, leaving the Argentine coach satisfied, who praised his performance.

Pineda’s work on the pitch was to the liking of the AEK Athens fans and he was praised by Pelado Almeyda, someone who already knows him since he directed him in Chivas and in less than two days with the team he has enough confidence that he is one of the key pieces.

“All the players are new to me. The only one we have trained and played with is Pineda. I was very happy to see him play. He has been with us less than 48 hours, but he knows the system and the plays. I want you to do. He seemed to spend more time with us, “said Almeyda after the meeting in statements reviewed by the Mediotiempo portal.

In this way the Argentine strategist celebrated his first victory in charge of AEK Athens who won with a score of 2-0 against Genk of Belgium. It should be noted that during the game, “El Maguito” had Gerardo Arteaga, who plays for Genk and is considered one of the club’s key players, in front of him.

Matías Almeyda also thanked the entire AEK squad, players who are mostly new to him and who nevertheless consider that they have adapted to the ideas he brings to get the Greek club on the right track.

Good mood of the AEK footballers

Matías Almeyda, in addition to the compliments to Orbelín Pineda, highlighted the good spirits of the entire team from the Greek capital. “It was the first match after many consecutive training sessions. What I see is the incredible state of mind of all the players and of each one of them, ”said the bald man in statements reviewed by Mediotiempo.

“We are trying to build a nice and dynamic group which for me is very important, a group where there will be healthy competition. Where 24 hours before a match you can decide who will start first and who is the most useful”, he reiterated.

. Goal by Colombian Julián Quiñones gives Atlas the victory over Cruz Azul with a close score of 3-2
. Pumas equalized one goal at home against Celta de Vigo in a friendly game that was very even
. Marcelo Flores is marginalized from Arsenal’s preseason after not attending the Youth Pre-World Cup with Mexico