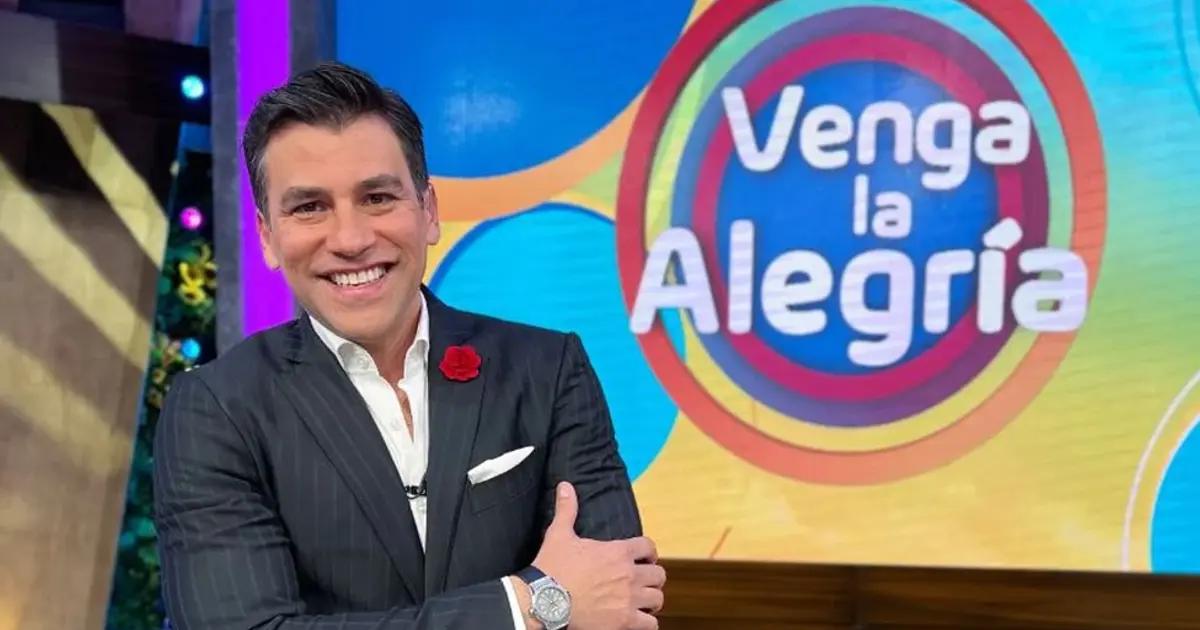 After being announced with great enthusiasm and mysterious posts on social networks, TV Azteca has confirmed that Mauricio Barcelata is the new star host of the morning show Venga La Alegría, after a series of changes that began with the departure of William Valdés and the beginning of 2023 without Roger González, Ismael Zhu Chino, Gaby Ramírez, Aristeo Cázares, Rafael Serdán, and even La Bebeshita.

“This Monday on #VLA, we will meet the new family member! Find out who it is tomorrow at 8:55 a.m. on @aztecauno!” the show’s official Instagram account announced on Friday, January 20.

In anticipation, the faithful followers of the morning show of the Ajusco TV station had already listed the names of possible celebrities that could join the bar of presenters, with Ernesto Laguardia being the most replicated, although it was not the case.

“The Venga La Alegría family grows, with a character that you already know, who has already been here and returns to his home,” were the words of welcome that Patricio Borghetti gave to the host, who, among hugs from Kristal Silva, El Capi Pérez, Annette Cuburu, and Sergio Sepúlveda returned to the famous forum that in 2014 he left being part of the changes that the TV station made at that time.

“Hey, thank you all for the welcome. I think there is an important commitment in this program that, over the years, continues to be in the most important place of the Mexican family; the house, the home, the place where all things happen,” were the first words of Mauricio Barcelata on stage.

The Mexican actor, who until January 2014 hosted Venga La Alegría along with Raquel Bigorra, Raúl Osorio, Sergio Sepúlveda, and Mauricio Mancera, among others, thanked the Ajusco TV station for giving him another opportunity to be in the morning show 9 years after his departure, even adding that he is willing to collaborate with the current members in any way necessary for everything to continue as it has been.

“Thanks for receiving me, and thanks to TV Azteca for giving me this call. I am willing to join this team, which is also very united. Whatever you need, whatever it is, I am here. To all of you (viewers), thank you for welcoming me once again into your homes,” he said.

Aware that his arrival may or may not be to the public’s liking, Mauricio Barcelata asked detractors for the opportunity to see his work on screen, the new chemistry he will have with those who were once his companions, as well as with the people he will meet and get to know every week.

As anticipated, all kinds of reactions have been expressed by viewers on social networks since the assumption that it would be Ernesto Laguardia had given a high expectation. However, many more say that the return of Barcelata can give the original essence of the morning show’s beginnings.

“Maybe we are still angry about the departure of Roger González, but in the end, it’s cool that one of the old schools is back.” “I liked the idea of Ernesto Laguardia because he was on Hoy, but I don’t dislike Barcelata.” “In any case, I would have also liked Mancera or Ingrid Coronado to return to watch the world burn,” wrote followers.

Remember that he was forced to leave the same show in 2014. Even though many considered him a talented host, the producer of “Venga la Alegría” at that time decided that Mauricio Barcelata should no longer be part of the Tv Azteca morning show team.