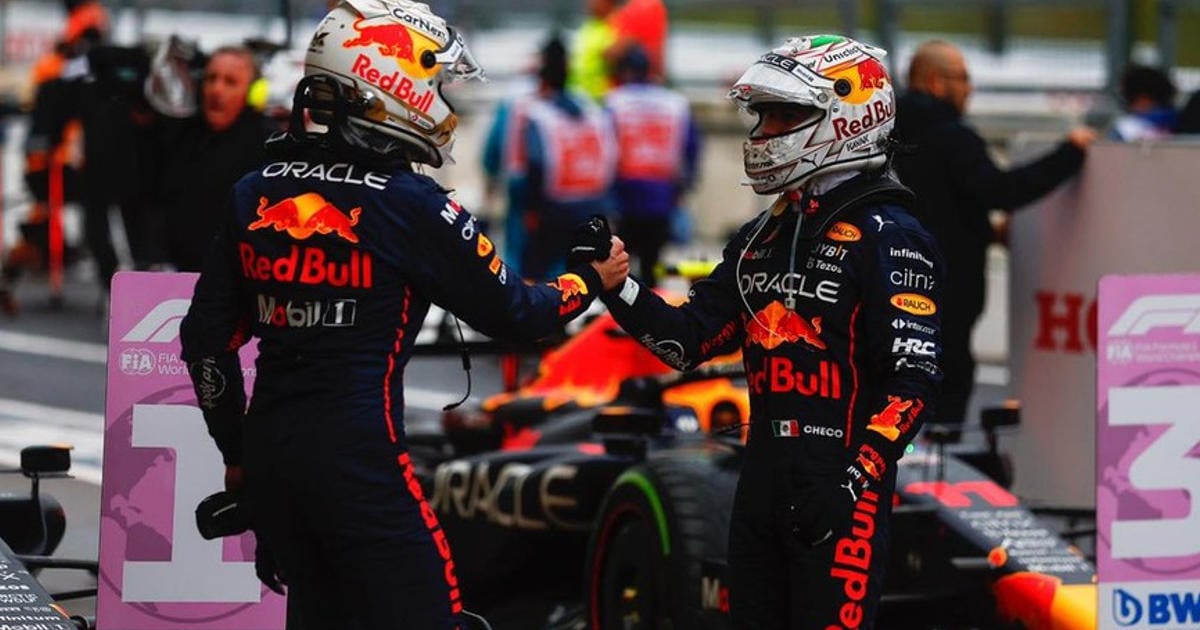 Max Verstappen’s mother decided to stick her spoon in the middle of the chaos at Red Bull Racing due to the Dutchman’s refusal to give a position to Checo Perez.

In the quest to secure second place in the drivers’ championship, Checo Perez tries to get as many units as he can to beat Ferrari’s Charles Leclerc in the fight, but Max did not cooperate.

The two-time world champion finished sixth and Checo Perez seventh, so if he had finished in the European position, he would have had an advantage over the Monegasque, but that was not the case.

Now, Perez and Leclerc are tied with 290 points and who occupies the second place is the Ferrari driver, as he has more victories (3) than the driver from Guadalajara (2) this year.

Max Verstappen’s mother took the opportunity to poke her spoon into the controversy with her son and Checo Perez.

Sophie Kumpen replied in an Instagram post and touched on very sensitive topics, such as what Checo Perez experienced after winning the Monaco Grand Prix a few months ago.

“And then at night, he cheated on his wife,” Max’s mother wrote, although her comment later disappeared after being deleted.

Checo Pérez for the runner-up in Abu Dhabi

Now Checo Perez and Red Bull Racing’s mission for the final race, the Abu Dhabi Grand Prix, is to finish in a better position than Charles Leclerc to secure second place.

A situation that would lead Red Bull Racing to finish the year as constructors’ champion and 1-2 in the drivers’ standings.

Yes, there will be another Mexican at the Abu Dhabi Grand Prix, and it’s Pato O’Ward.

The IndyCar driver will be in the McLaren F1 car for free practice 1.

Although he had already tested, this will be his first time in F1 activity, so there will be two Mexicans on Friday in practice for the last GP of the 2022 season.