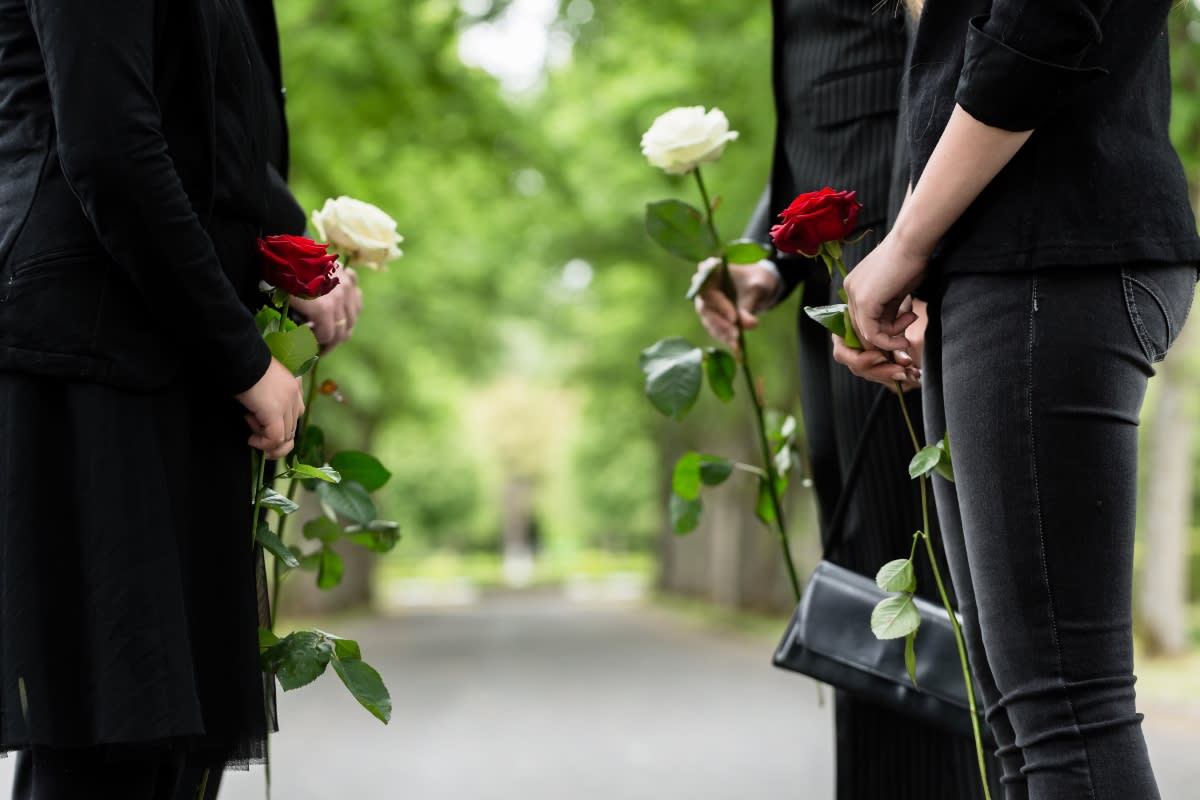 Gone are, for the moment, the discussions with his ex, Lupillo Rivera, and his former partner Daisy Cabral, as the businesswoman Mayeli Alonso received a couple of days ago one of the hardest blows of her life with the death of her father, Mario Alonso Ibarra, and is devastated to bury him.

Through her Instagram stories, where she also shared this sad news, Mayeli opened her heart and dedicated a few words to her father while watching the funeral procession. Very difficult moments for the influencer too.

“I feel that my soul was broken into a thousand pieces”: Mayeli Alonso

The ex-wife of the singer Lupillo Rivera, with whom he had two children: Lupita Karizma and L’Rey, decided to say goodbye to her father with the song The man who loved you the most while saying: “Rest in peace, my father. The last ride to the most cab… man I know ”.

At the same time, the following fragment of this well-known musical theme is heard: “When you miss your father,
that he went to heaven with God, if you wanted to hug him or show him your love, the kisses you give your son, I’ll receive them there ”.

Now, Mayeli Alonso dedicates to her father, Mario Alonso Ibarra, the song A man of law, which in one part says the following: “I don’t pressure myself for the money, I have plenty of thanks to God. At the federal checkpoints, they just tell me: ‘come on, old man’, they don’t ask me where I come from, much less where I’m going ”.

Finally, the businesswoman, who placed an image with a black background on her social media profile as a sign of mourning, confessed that it had been an ugly day, and if she had known it was the last day she would see it, she would not have it left: “But the would not exist. I feel like my soul was broken into a thousand pieces. What do I do not to feel this?

They show their support for Mayeli Alonso

Through Chamonic’s Instagram account, users expressed their condolences for Mayeli Alonso after the death of her father: “A lot of strength for Mayeli. The loss of a father is the most painful thing, may God give prompt resignation ”.

“May he rest in peace”, “What a great sadness, God with you, Alonso family”, “God give you prompt resignation”, “It is very sad to lose your father when in life they were strong men, workers, and you look helpless, only the person who has not gone through that does not know the intense pain ”(TO WATCH THE VIDEO CLICK HERE).

Lupillo Rivera’s ex-wife would not have imagined that days after uploading a couple of images of her sister she would receive one of the most painful news of her life. Here, he congratulates her for “her effort and dedication, for giving her the desire and losing weight.”

“In truth, I was surprised by this radical change, it literally took 20 years off my shoulders and I am very proud to say that @evolutionfits_, as well as helping her achieve her goal, has helped many people to change their lives. in a positive and healthy way ”.

Mayeli Alonso appears with “her king”

Since the separation of Mayeli Alonso and Lupillo Rivera became official, the businesswoman revealed that the singer does not give her “even a peso” for the maintenance of her children, Lupita Karizma and L’Rey, so the war of declarations between both tend to occur frequently.

Just a few days ago, the influencer uploaded a photo with “her king”, so the reactions did not wait: “Your twin, I have always thought that your child looks a lot like you”, “L’Rey and La Beautiful queen, you look very beautiful Mayeli and very young and your beautiful son, Karisma is also a beauty ”.

Mayeli Alonso is in mourning after the death of her father, Mario Alonso Ibarra; Lupillo Rivera’s ex-wife is going through one of the worst moments in the life of a human being: the irreparable loss of one of her parents, as she announced it in a series of Instagram stories in which she left an emotional message.

The Mexican is originally from the state of Chihuahua, as she told the reality show ‘Rica, Famosa, Latina’, in which she participated for three seasons and where we learned something about her personal life, as she narrated that she was from a poor family in the north of Mexico until she met her ex-husband Lupillo Rivera at a concert.

Says goodbye to his dad

When in her recent Instagram stories she gave an account of the success of her products among her clients, a broken heart suddenly appeared and later warned about the terrible moment that she is in mourning: the death of her father, to whom she said goodbye with a song in a photo.

Also, the Instagram account of ‘The Price of Fame’ reported on the death of Mayeli Alonso’s father: “LAST MINUTE-#MayeliAlonso’S FATHER DEATH #ElPrecioDeLaFamaOficial”, was what can be read in the publication where it was reproduced the photo that Mayeli decided to put with her father.

“My soul is very sad”, Mayeli Alonso dresses in mourning

“Today God took my father, my soul is very sad … I am going to miss you a lot, my old man,” wrote Mayeli Alonso in a photograph where he appears smiling with his father, Mario Alonso Ibarra, who wears a blue dress shirt, with a jacket and a hat, probably recent from some meeting they had.

Adding to the photograph and the message of Mayeli Alonso is a song with an emotional message: “Lend me my father, give me a few minutes to remember what it feels like to hug him or how to tell him that back in our house we all miss him, his laugh is needed ”Is heard in the background at the farewell to Lupillo Rivera’s ex-wife.

Before the death of her father, Mayeli Alonso confessed to fear for her life

Mayeli Alonso fears for her life: Lupillo Rivera’s businesswoman and ex-wife fears that something could happen to her and her children, blaming three specific people: “I feel that this will not end until the day I die or outright they kill me ”.

Go that things have gotten quite complicated in the life of Mayeli Alonso, and it is that since she was sued by her former partner, Daisy Cabral, for violations of her employment contract, the woman, in the words of Mayeli, has insisted on complicate his life and this time, he is even one of the people he holds responsible for if something happens to him.

“I do not work for pleasure, but for necessity”

It was through her official Instagram account, where Lupillo Rivera’s ex, Mayeli Alonso, alarmed her thousands of followers by posting several messages in her stories, where the businesswoman confessed to her fans that she feared for her life and for the of his children, confessing that he had thrown a “scorpion on his back.”

In the messages, which were recovered by the Instagram account of escandalo_o, the following could be read, where Mayeli confessed that she would give everything to be left alone: ​​“If they saw how tired I am of these people. If they knew that I would give everything I have to leave me alone ”, he began his message.