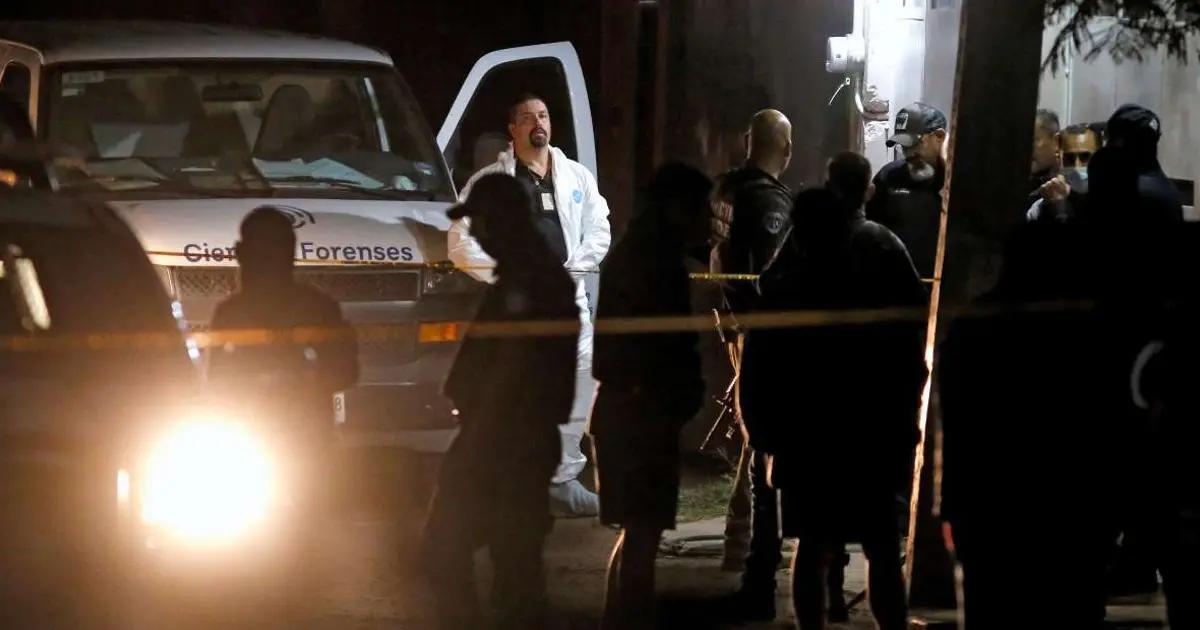 An armed confrontation in San Luis Río Colorado, in the northern Mexican state of Sonora, left ten people dead, including a child, according to the mayor of the municipality, Santos González Yescas.

The municipal leader wondered how it was possible that neither the state authorities of Sonora or the state of Baja California, nor the security agencies of the Mexican government were aware of the incursion of a convoy with 50 pick-up trucks full of hired killers.

On Saturday, the day of the incident, the State Public Security Secretariat and the Attorney General’s Office in Sonora reported only that there were eight dead and twelve wounded, reserving the balance of innocent victims for the violence that began with an armed confrontation in Ciudad Coahuila, in the state of Baja California.

The attacks continued in the town of Luis B. Sanchez and the city of San Luis Rio Colorado, in Sonora, on the border with the United States.

In a broadcast on his personal Facebook profile, González Yescas revealed the death of a minor. He regretted that no state or federal security agency had noticed the incursion of a convoy with more than 50 pickup trucks full of armed people.

“It is unbelievable that in a town like the police station Luis B. It is unbelievable that this happened in a town like the Luis B. Sanchez police station and that no one noticed the convoy. How could we not notice? But I assure you that we are also collaborating in all the investigation, why and where they entered, three criminals were shot down and, unfortunately, also a minor died in Luis B. Sánchez,” stated Mayor González Yescas.

The municipal president also explained that after the armed attacks in the towns of the rural communities of the fertile agricultural valley that irrigates the Colorado River delta between Sonora and Baja California, the convoy of hired killers also entered the border city of San Luis, which borders the U.S. state of Arizona, to attack some stores where drug dealers sell drugs.

Reporters covering the police beat in San Luis Río Colorado have revealed that, in addition to drug sales, small clandestine casinos also operate in these “tienditas” with gaming machines operated by criminal groups with the permissiveness of the authorities.

Sources from the Attorney General’s Office confirmed the death of a minor and two other children who were wounded in the confrontation, and the Federal Public Prosecutor’s Office has taken over the investigation of the case.

Currently, state and federal ministerial authorities have reported the seizure of 50 land and water vehicles, in addition to the arrest of eight suspects, four during the confrontation, two in the hours following, and two people arrested in five house searches resulting from the investigations, as well as the seizure of assault rifles, handguns, ballistic vests, a grenade, and magazines.

It has been reported that the violence generated on the borders of Sonora and Baja California, on the border with Arizona, is the result of a confrontation for the transfer of drugs, weapons, money, and people between Mexico and the United States.

According to local media, the dispute is reportedly between two cells of the Sinaloa or Pacific Cartel, the “Mayos” (linked to Ismael Mayo Zambada) and the Chapitos (linked to Joaquín “El Chapo” Guzmán).