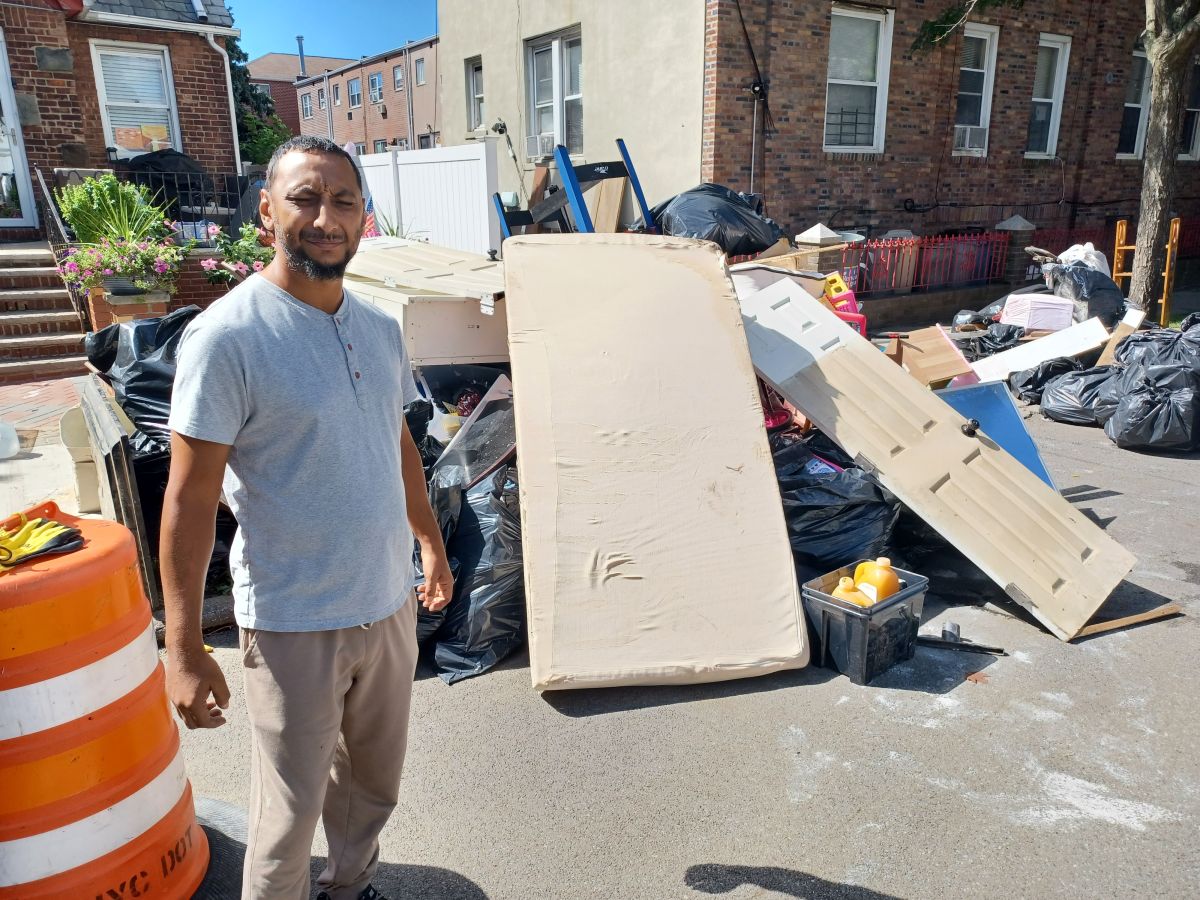 To the ‘heat’ of the winter cyclonic bomb that was registered last weekend, when the alerts were turned on in vulnerable coastal areas of Queens and Brooklyn, Although no victims or damages were reported, this Monday Mayor Eric Adams announced the formation of a new team that will create programs to immediately confront the threats that hang over the Big Apple in the face of climatic changes.

in front of the new Mayor’s Office for Climate and Environmental Justice (MOCEJ) will be Kizzy Charles Guzman, which means the addition of another senior official of Hispanic origin who joins the new municipal team.

Until now, Charles Guzmán was deputy director of the New York City Office of Sustainability, where he led the social and environmental policy team. In addition, he had managed the plan ‘Cool Neighborhoods NYC’, the first strategy to address the impacts of rising temperatures and heat waves.

“We have the immense challenge of contributing to lessen the impact of climatic phenomena, especially for the most vulnerable,” said Charles-Guzmán.

The new office of the Mayor’s Office will integrate into one the different agencies that were in charge of analyzing and creating policies to prepare the City, before the catastrophic scenarios of storms and heat strokes.

In this sense, the catastrophic floods caused by Hurricane Ida last September helped revive some shelved plans, given the devastating forecasts that global warming would have in the coming years, particularly in the coastal areas and in the poorest neighborhoods from the city.

“When we put our energies into climate change we are doing it for minorities and the poorest. Environmental justice equals social justice in our city. That is why we have now formed a great team to deal with a global climate realityAdams announced.

The municipal president put on the table that only last year extreme weather anomalies and rising sea levels were experienced, which endangered lives, homes and livelihoods of New Yorkers.

“The remains of these different calamities they are still being repaired to this day. We are committed to fighting for environmental justice. And this team is exactly the one who will do the work”, emphasized the Mayor.

“I am honored to lead the 6,000 men and women at DEP who ensure that the New York’s drinking water and air are safe and clean”, the official reacted.

As a plan that the new environmental leadership will develop immediately, the municipal president announced the installation of 100 megawatts of solar energy in schools, libraries, community centers and other public buildings.

“Climate change is the greatest existential threat of our time. We are now under siege from what scientists have warned for years, experiencing disasters. It is no longer about the future. We are living it”, said the councilman, Justin Brannan, one of the promoters of this legislation, which began to be put into practice this Monday.

In Brannan’s opinion the 13 deaths in the city from the floods caused by Ida, was a powerful “wake-up call” to New York leadership.

A ‘hot’ future for the Big Apple: