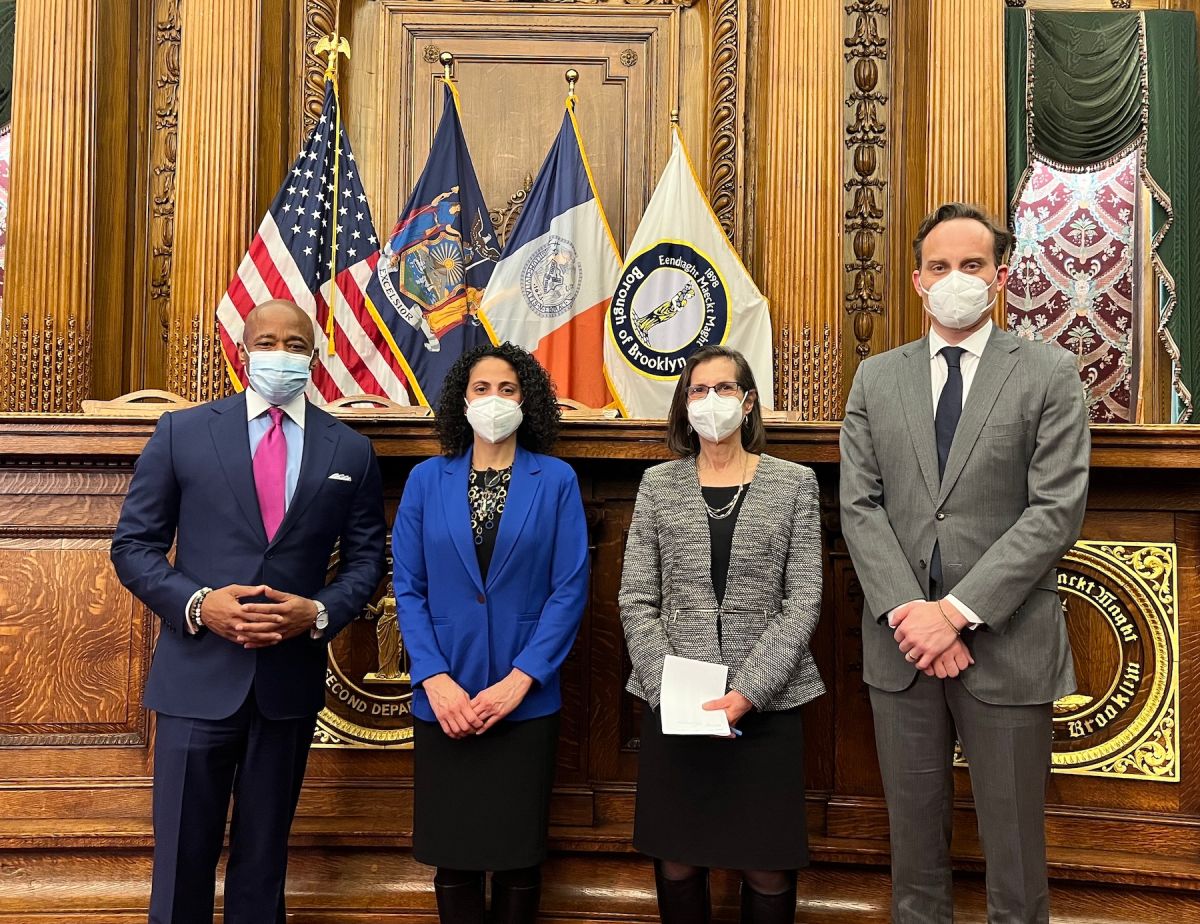 The Mayor Elect Eric Adams goes ahead with the appointment of the members who will be leading its government cabinet, and this Tuesday announced to the first latina in a high position within his Administration, of which he said he seeks to be fully transparent, for which he revealed that all municipal agencies of the City will also be reviewed from top to bottom to ensure that resources are being used properly.

Lisa Flores She currently serves as the Deputy Comptroller of Contracts and Procurement, and has experience in supervising and reviewing all contracts, contract amendments, leases, and concessions between City agencies and providers. The official joins the Latino representation that until now has voices such as Ydanis Rodríguez who will be the Commissioner of the Department of Transportation, Louis Molina who will be the Commissioner of Corrections, and José Bayona, as director of the Ethnic Media Office, Well, within the group of six appointed advisory deputy mayors, five of them women, Hispanics conspicuous by their absence.

“Eradicating waste, fraud and abuse in our agencies will help our City satisfy those most in need. Lisa Flores and Marjorie Landa will serve as our city’s watchdogs and ensure that taxpayer dollars are spent properly, ”Adams said at the press conference where he made the announcement.

Adams stressed that a responsible, efficient and transparent government will be provided through the two offices, and said that the new female government officials are committed leaders.

“I pledged to create a more efficient municipal government as mayor and, finally, reverse the inequalities that keep so many people in our city from prospering. Inefficiency leads to inequality, and when government spends irresponsibly and agencies work in conflict with each other, New Yorkers suffer every day ”, emphasized the Mayor-elect.

“It’s about keeping our government up to the highest ethical standards and making sure it works for New Yorkers every day, because if you don’t get what you expect, everything is suspect. Good governance begins with accountability, efficiency, and transparency; that is exactly what I am committed to as mayor, working with these impressive public servants, “added Adams.

Flores, who will be in charge of leading the team that provides political and operational advice and technical assistance to agencies, he assured that his goal will be to fight for transparency.

“I am deeply honored to have the opportunity to serve this great city and I look forward to working to find efficiencies to save the city money, bringing transparency to the $ 30 billion contracts to hold city residents accountable. from New York”, Flores said.

“I am truly grateful to have the opportunity to serve the City to eradicate costly inefficiencies, drive innovation, and focus on making the hiring process more equitable and representative of the vast diversity of this City,” she added

Adams, on the other hand, highlighted that the Office of Risk Management and Compliance will serve to identify systemic and agency-specific risks, before they turn into more expensive audits, investigations and litigation, and he mentioned that he hopes to work hand in hand with the Comptroller’s Office.

What will happen to vaccination mandates?

At the press conference, the Mayor-elect also revealed that only until January 1, when he assumes control of New York City, will he announce whether mandates such as the requirement of vaccination for all private sector workers will remain in force or the He will suspend, as he assured that for now he does not want to collide with any measure adopted by his predecessor and said to remain with his mouth closed.

“When they hear us saying that we are contradicting each other, that creates a level of anxiety, like everything we saw at the beginning of COVID (…) I am extremely sensitive not to do that. We have a Mayor who ends his term on December 31st, so when I become Mayor is when I am going to take command and see what to do with what I disagree with and what I agree with ”, Adams warned.