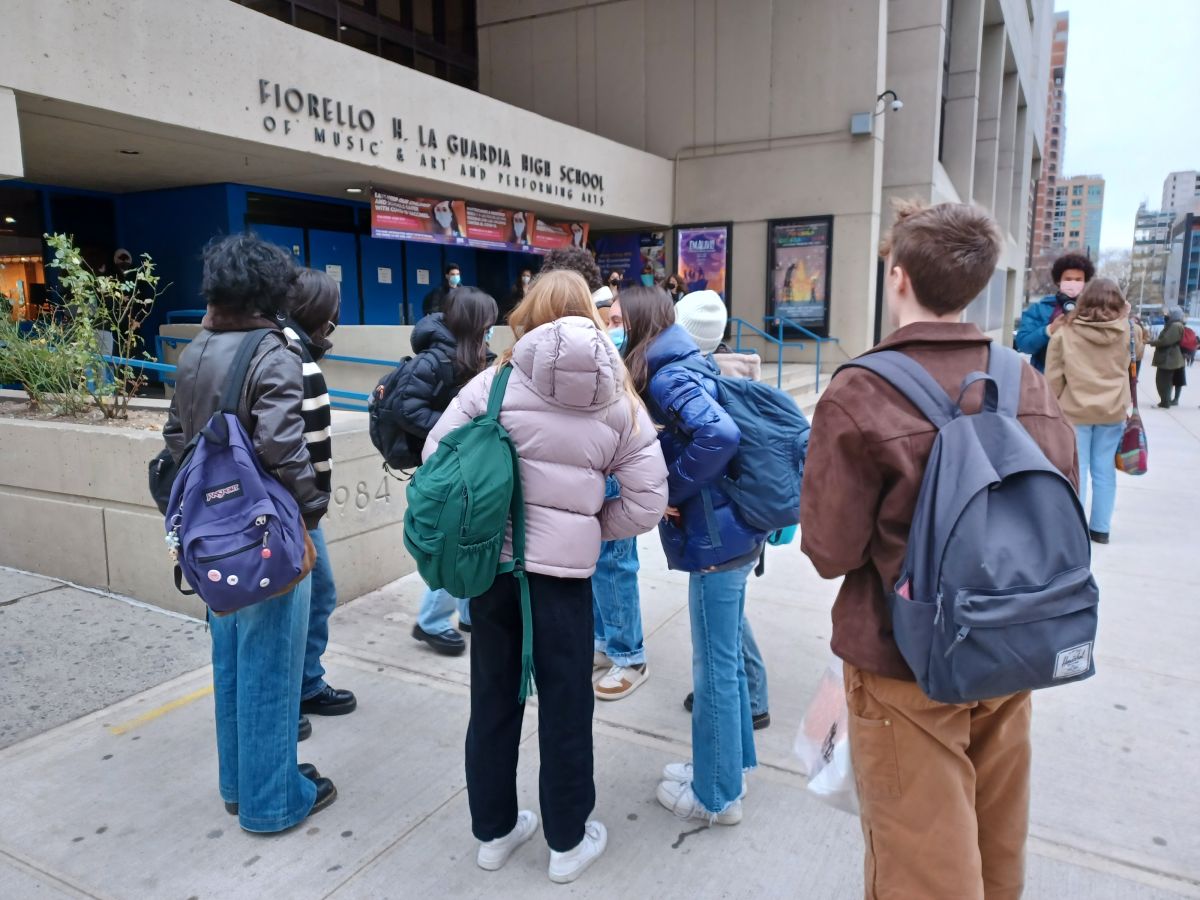 The new mayor of New York City, Eric Adams, advanced in his first “big task” to reopen public school buildings, amid an onslaught of the Omicron variant variant during the end of the year holidays and the request of union sectors of start this 2022 with remote classes.

This Monday, from Concourse Village Elementary School in the Bronx, the president who took office just last Saturday, said that “we are very excited about the opening of our public schools. We tell parents and guardians that they are the safest site to support their children ”.

Adams argued that remote learning had been “disastrous” for many students in the nation’s largest school district. He recalled that it was a “particularly harmful” process for the children from low-income neighborhoods and students living in shelters.

“Us we will keep schools open and safe. We have 1.5 million discard tests available to carry out our plan. Let us remember that in the last year in school environments the infection rate was barely 1% “, said the Mayor.

The municipal president specified that they will be able to monitor the risks of the spread of the virus in each classroom and on campus.

“The numbers show that the mere fact that a child is exposed, does not mean that the entire classroom is exposed. I urge parents not to be afraid to send your children to school”, He stressed.

The newly launched City Administration began to follow up on the plan created by former Mayor Bill de Blasio that is designed to maintain more classrooms open, as infections continue to rise.

In this direction, the Chancellor of Education, David Banks assured that “everything indicates that we’re in a pretty good place right nowWe have a lot of work ahead of us in the remaining six months of this school year. We remind parents that vaccines are available and are also part of our effort. “

In the middle of a high wave

This back-to-school plan in 2022 accompanied by a very high wave of COVID-19 cases, foresees the distribution of 1.5 million rapid test kits for students, and the duplication of the program of random tests in schools at 20 percent of children that are authorized by their parents.

The City also changed its rules to limit quarantine. Instead of the entire classroom switching to remote learning, when one or more students test positive, all students in the class they will receive rapid tests at home.

Those who test negative and are asymptomatic may return the day after their first negative test. Then they will be given give students a second test at home within seven days of your exposure.

This whole strategy is advanced when new cases of coronavirus more than doubled in the city during the last seven days between Christmas and New Years.

In the period of the last seven days ending this Sunday, the Big Apple recorded on average 36,900 new cases per day, compared to 17,180 per day in the seven days before schools started vacations.

The teachers’ union is not happy

On the first working day, after the New Year’s weekend, it was unofficially known that, like several small companies and institutions are dealing with a shortage of staff to be able to operate, the same thing is happening in some schools in New York City.

“Obviously there staff, teaching, administrative and security absences. Many parents decided not to send their children out of fear, but we cannot yet have a detailed balance. You can’t have an opening movie, ”he told The newspaper a source from the New York City Department of Education (DOE).

Local media revealed that at least the Public School 58 at Carroll Gardens, in Brooklyn, it was impossible for him to open this Monday due to the number of casualties in his workforce.

But late in the opening schedule, of more than 1,700 public education campuses in the Big Apple, the Unitary Federation of Teachers (FUT) continued to distrust that it is a 100% safe decision.

“We suggested to the mayor that we should go remotely, for at least a couple of days, because we really need to find out what the reality is in terms of staff capacity,” said the president of the UFT, Michael Mulgrew.

The union leader commented informally and without detailing figures, that “Many teachers” declined to attend their classes, because they report that their own children tested positive.

“We have seen cases of COVID-19 during the past holidays, like we have never seen before“, He said.

Everything worse in the Bronx

Indeed, while Manhattan had seen a large increase in cases during the previous two weeks, statistics from the New York City Department of Health (DOHMH) reveal a massive increase in the last hours in The Bronx.

Salsa County had 12 of the 15 areas of New York City, with the highest 7-day positivity rates between December 24-30, neighborhoods like Fordham, Kingbridge and University Heights showed figures that soared above 44% of the infection rate.

In this sense, the Bronx Borough President Vanessa Gibson, who is also making his debut in that executive position, supported in this new pandemic landscape, the reopening of school buildings.

“We must ensure that access to testing is doubled, especially in our communities that do not have easy access. We begin today to work together for it”, Gibson reinforced.

On the street: Doubts and certainties

As was presumed, hundreds of parents and representatives showed doubts and certainty about the fact of sending their children to schools.

Such is the case of the Dominican Maria Campuzano, a Manhattan resident who has a twelve-year-old daughter in the public education system.

“I think like thousands in this city, it is impossible that thousands of children and teachers have maintained social distancing after these Holidays. The prudent thing was to wait a few days. I know of many who left them at home. And i know that there are classrooms that were halfway there today “, says María.

The islander showing a video on her cell phone, assures that in the test sites, last weekend many families had to expose themselves up to five hours of waiting to be able to take the test.

“They could wait a few days to open. Because it is true that there are millions of free trials, but they cannot be administered in a single day“Said the immigrant.

For its part, the Mexican mother Valeria López, Also in Manhattan he had to make a tough decision: “Today I started a new job at noonAfter months of unemployment, out of fear I sent my two children to school in Harlem begging it to be open. And so it was. “

What the Puerto Rican teacher, Javier Lucero, who teaches in a school in Harlem, could be close to describing what dozens of educators have gone through, then feeling a little bad, having been to family gatherings or traveling in the past week.

“Last week I felt a little bit bad. That is why I did not want to meet for New Years. Yesterday Sunday I took the test and it came out positive. I feel good. I have triple vaccine. But he had to rule it out, before going to school. As I am sure there are hundreds. And I waited hours in line ”, said the educator.

Faced with criticism of the reopening of schools, joined by some elected leaders, Mayor Adams replied: “This is a city used to waking up from the toughest moments. For sure in a while, We will no longer define ourselves by the pandemic or by crime. But for our recovery ”.