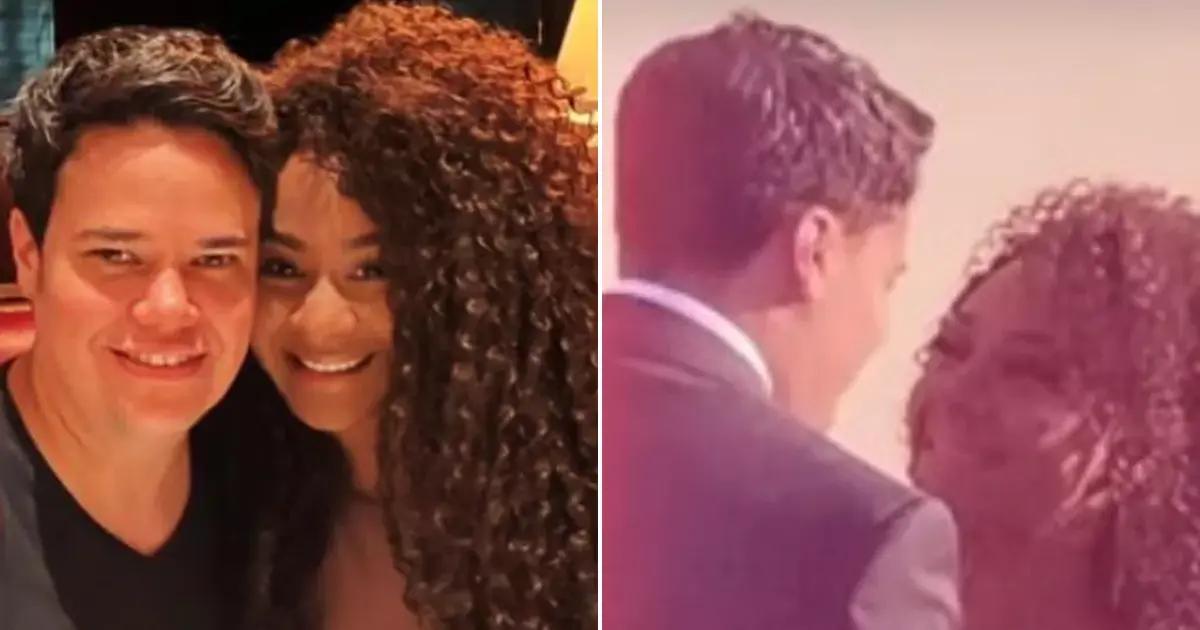 M’Balia Marichal made one of her biggest dreams come true. Last September, she announced that by the end of this year, she would unite her life with her partner, Alex Tinajero, and she fulfilled it. The singer is already married!

The OV7 member got married in San Miguel de Allende

It was through her Instagram Stories that the OV7 member shared two images of her wedding. Although she did not give further details of when it happened, the truth is that she looked beautiful in a tight-fitting white dress.

“Newlyweds. Don’t wake me up yet. I could live happily ever after with you lying next to me,” wrote M’Balia, followed by the images. In one of them, she can be seen dancing with her husband at a party in San Miguel de Allende, Guanajuato, where the guests enjoyed a great paella.

“The world around us turns, but we stay planted in our own,” she added in another message. Through a live transmission, she later showed that her family was having barbacoa and chilaquiles for breakfast in the Magic Town mentioned above.

M’Balia only invited 30 people to her wedding.

She proudly showed off her wedding rings with Alex Tinajero in another moment. She also showed that some of her children accompanied them and that she only invited 30 people to their wedding, many of whom came from different regions.

“We were running around looking for a dress, a bow, and everything… what if the headdress, in short. It was three hours before leaving for this city to get married at noon the next day, and I had no shoes, no headdress, and no coat,” explained M’Balia.

“I love you, I love you”, was the recurring phrase during her live show in which she shouted to the four winds how happy she was for having culminated this personal project.

After confirming that her brother Kalimba was one of the attendees, none of her OV7 bandmates have shared on their social networks that they were invited to the wedding. However, the singer announced that she would soon throw a big party for her wedding.