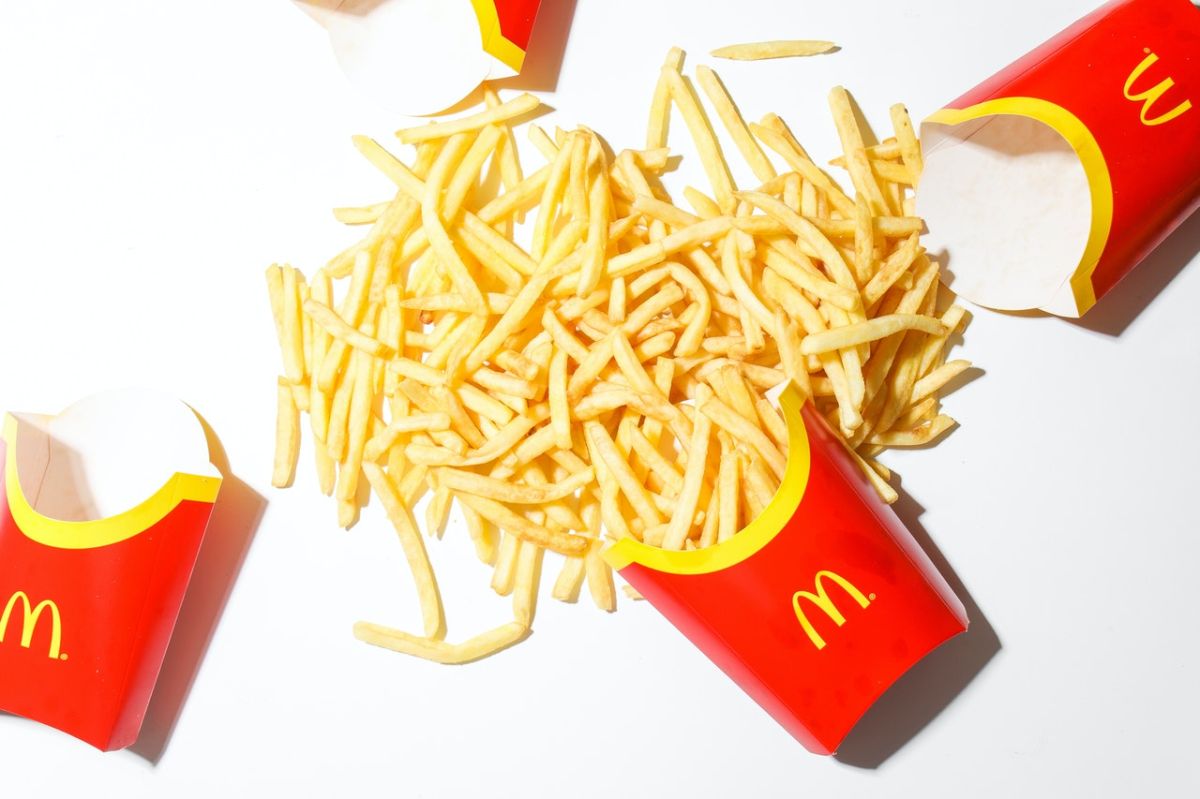 Although the potatoes are plant-based, McDonald’s French fries and hash browns in the United States are among the foods that would surprisingly not be an option for vegans.

While it is not specified that the “natural meat flavor” contains beef. McDonald’s notes that Natural Beef Flavor contains hydrolyzed wheat and hydrolyzed milk as starting ingredients. Milk would not be an option among those who do not consume animal by-products.

As part of the processing of French fries ranked among the richest in fast food restaurants, suppliers fry the potatoes in an oil mixture containing canola oil, soybean oil, and hydrogenated soybean oil to which they add the meaty flavor. Later the potatoes are frozen.

Frozen potatoes are finished frying in a second fry in restaurants where a mixture of vegetable oil is used.

McDonald’s warns that its Hash Browns contain wheat and milk. They are cooked in the same deep fryer used for donut sticks that contain a wheat and milk allergen. In small letters, the fast food chain indicates that None of the US menu items are promoted as vegetarian, vegan, or gluten-free.

McDonald’s fries are 100% vegan in the UK

The ingredients in McDonald’s fries can vary by location. Unlike the potatoes that you can find in McDonald’s restaurants in the United States, McDonald’s French fries would be free of animal products

The recipe and ingredients in McDonald’s fries are certified vegan-friendly in the UK. French fries are made with a mixture of non-hydrogenated vegetable oils (sunflower, canola), dextrose, and salt.

In the UK, McDonald’s hash browns are also vegan. They do not contain any products of animal origin and are fried in the same oil as vegetables, which are also suitable for vegans.