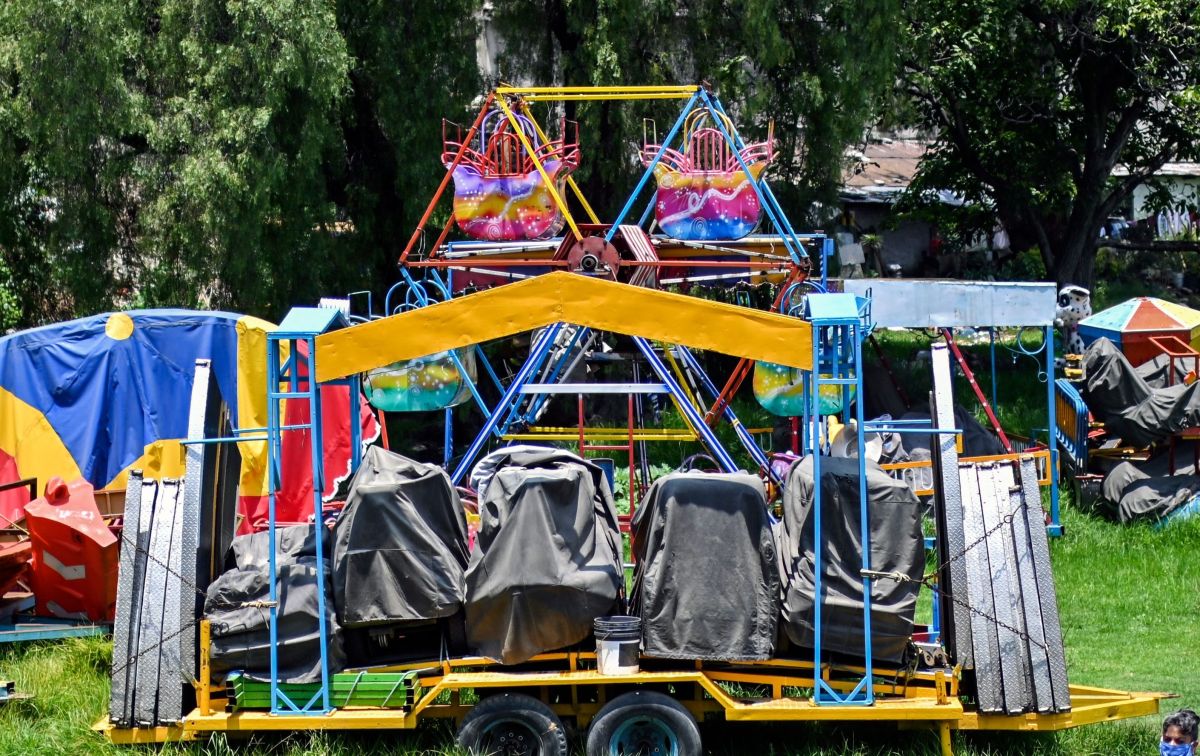 What should have been a moment of happiness and celebration, became a scene of terror for the occupants of a mechanical game in a Christmas fair of the Cuauhtémoc mayor’s office, in Mexico City (CDMX), after derailing and shooting out.

Total, the accident left five people injured, including two minors; one three months pregnant. None with serious injuries that put their life at risk, however, authorities are already investigating the possible cause of the accident.

According to several witnesses, around 10:00 p.m., a loud sound and screams took the attendees by surprise, amid the lights and music of the fair, in the game called “whirlpool” had a mishap that left users lying inside, after getting off its track.

After the emergency calls, the team of Paramedics from the Rescue and Emergency Medical Squad (ERUM) assisted the injured, performed an assessment and review of a 10-year-old boy and a 17-year-old adolescent who was three months pregnant, who were transferred to a hospital for your specialty medical care for simple contusions.

The Secretariat of Citizen Security (SSC) of CDMX reported that, due to the incident of the mechanical game in the Cuauhtémoc mayor’s office, the owner of the mechanical game, a 36-year-old man, was made available to the agent of the corresponding public ministry , who will determine your legal situation and define responsibilities.

Meanwhile, Mayor Sandra Cuevas reported that All the mechanical games in the place were immobilized, with the aim of carrying out an “exhaustive review by specialized personnel, and determine if they have the necessary security measures to continue operating ”.

Read more:
In Mexico, 10 women were murdered a day during 2021
Relatives of the 43 disappeared students from Ayotzinapa protest at the Basilica of Guadalupe
Mexican basketball player Alexis Cervantes disappeared in the state of Michoacán