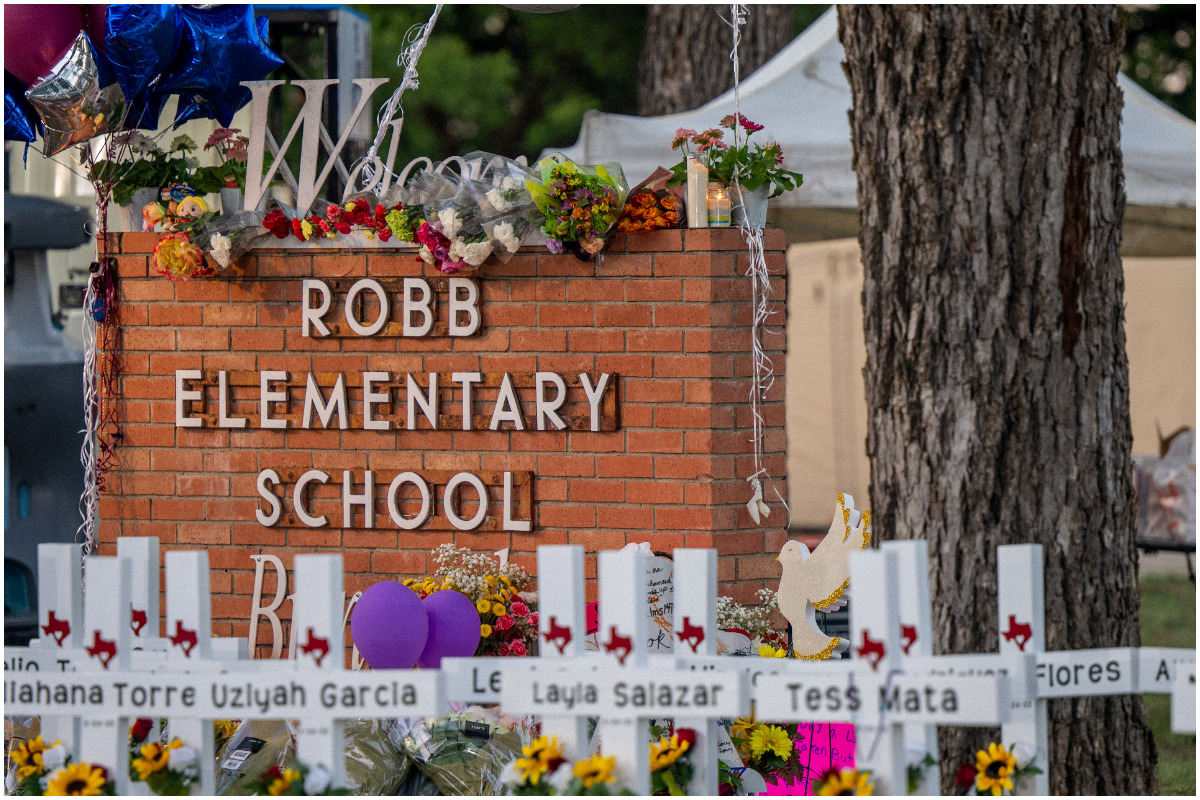 Angel Garza the father of Amerie Jo Garzaone of the girls who died during the shooting at Robb Elementary School, stated that She learned of her little girl’s death when a victim told her that her best friend had been shot.

Ángel Garza spoke with a CNN reporter to whom he confessed the sadness that enveloped him when he found out that his 10-year-old daughter had been one of the 21 people murdered inside the school.

“I’m a medical assistant, when I got to the scene I was helping, and they pulled out a little girl who was covered in blood from head to toe“reported Garza, who was carrying a photo of her daughter Amerie Jo in her hands.

“I thought she was hurt, I asked her what was wrong and He told me he was fine, but she was hysterical saying that they shot her best friend, they killed her best friend, she’s not breathing, and tried to call the police,” he recalled.

Angel continued helping the girl and trying to calm her down, so he asked her: “What was it called? invaded by sadness, with tears and a broken voice, he shared that the girl said, “Amerie, said Amerie.”

At that moment the father of the family completely broke down and told the journalist: “How are you going to look at this girl and shoot her? My baby, how do you shoot my baby?

Ángel Garza had written a publication on Facebook where He asked for prayers so that his daughter, Amerie, would be saved. of the bullet impact he received, but a few hours later confirmed the death of the girl.

“Thank you all for the prayers and help in trying to find my baby. My little love now fly high with the angels above. Please don’t take a second for granted. Hug your family. Tell them you love them. I love you Amerie Jo”.

Ángel’s mother, Berlinda Arreola, offered an interview for People magazine, where she shared that his son, had raised 10-year-old Amerie Jo, as if she were his own daughter, and that he rushed to the school after learning that shots had been reported there.

“I was helping the kids,” explains Arreola, because the EMTs who responded “were trying to help with everything that was going on.”

While searching for Amerie at a hospital, Garza met one of her daughter’s classmates, who told her that Salvador Ramos shot the girl as she tried to call 911.

“He could have taken her phone. He could have just broken it, done something. He just shot him. Simply… she was one of the first to be killed. She basically got shot in probably five minutes,” recounted Berlinda Arreola.

Salvador Ramos crashed his car into a nearby ditch before entering school. The police report indicates that all deaths occurred inside a classroommost of the children were in second, third and fourth grade of primary school.

A US Customs and Border Patrol agent. who was off duty, was the one killed the shooterwho had acquired two rifles, after saving what he earned in the restaurant where he worked.