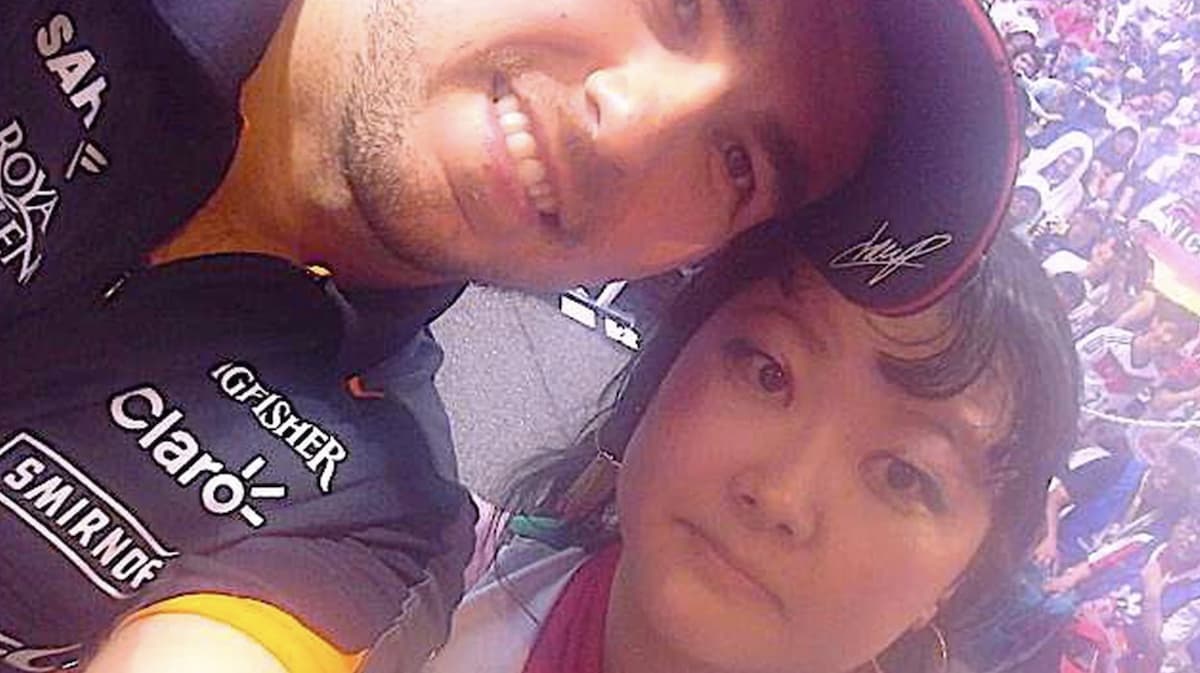 Meet Eri, the Japanese fan of Checo Perez, who learned nothing more and nothing less than the Mexican National Anthem for him.

Undoubtedly around the world, some fans have surprised more than one because their fanaticism has made them do extravagant but special things for their idol.

This is the case of Eri, a fan from Japan whose full name is unknown and her age, who intensely admires the Mexican driver Checo Perez.

So much so that Eri has broken the language barrier because Checo Perez, a fan originally from Japan, has learned Spanish.

Undoubtedly a very nice detail that many Mexicans have appreciated, as Erin has gained popularity for being such a unique fan of the Mexican driver.

On September 16, Checo Perez’s fan in Japan showed that even though she still needs to learn Spanish perfectly, she is on the right track.

After she posted on her Twitter account, Eri celebrated Mexico’s Independence Day by singing the Mexican National Anthem.

All this is thanks to Checo Perez, as Eri is a fervent fan of the Mexican driver, so in recent years she has studied to learn to speak Spanish.

With this, Eri shows how much of a fan of Checo Perez, in addition to some other detail she has had in honor of the Formula 1 driver.

Since Erin also likes to wear the Mexican flag colors, every time she goes to a Formula 1 event where Checo Perez is present, the Japanese girl takes the opportunity to wear her best clothes.

Because Eri wears a Mexican flag kimono with the shield of the eagle devouring the snake, the fan of Checo Perez wears makeup and even paints her nails green, white and red.

Likewise, Eri has a cuddly teddy bear that also wears a small kimono of the Mexican flag, all to present Japan’s support for Checo Perez.

In addition, Eri has also learned other curiosities of Mexican culture, as the fan in Japan has even celebrated the Day of the Dead.