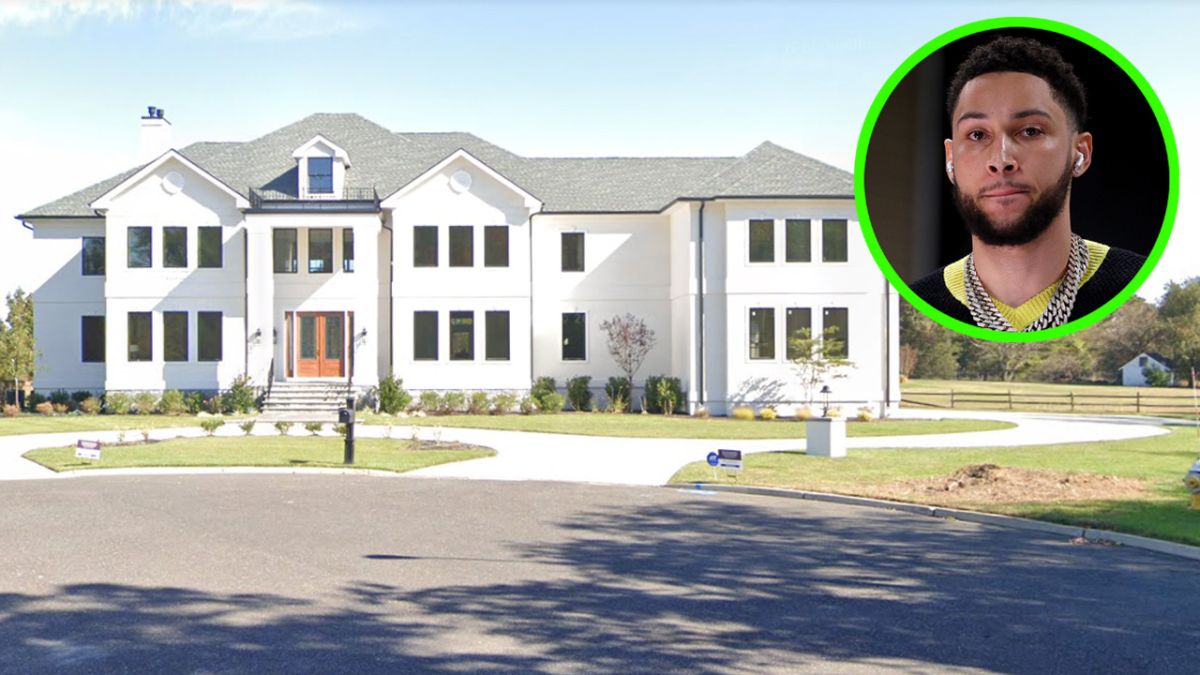 The last few months have not been easy for the Australian basketball player Ben Simmonswho due to injuries has not been able to shine with the Brooklyn Nets, a team he came to play this season.

Despite the fact that his present on the court is not at all flattering, his current situation in the world of real estate is very different, when it was announced that on April 18 sold the luxurious mansion he owned in Moorestown, New Jersey.

The residence, which had been on the market for almost six months, was sold by the former Kendall Jenner in $4,550,000 dollars.

The new owner is Nick Castellanosright fielder for the Philadelphia Phillies, so it went from one athlete to another.

According to the technical sheet, the house, to which Ben Simmons made a series of modifications, has 10,477 square feetwith five bedrooms and 5.5 bathrooms.

It also has a hall, two kitchens, a breakfast room, a dining room, a living room, a main room, a wine cellar, three bars, a movie theater, an office, an aquarium, a game room, a candy room, laundry room, basement, among other rooms.

The main kitchen is quite large and open. It is equipped with a chocolate-toned cupboard, high-end appliances and two islands that combine black and white tones.

The main bedroom has more than enough space for a large bed and a living room. It also has a fireplace, a very large walk-in closet, as well as a bathroom with double vanities, with a shower and walk-in shower.

Outside, on his lot 1.78 acreshas extensive green areas, with an area for dogs, with a children’s play area, with a basketball court, among other amenities.

In addition to attracting attention for its rooms and amenities, the residence also stands out for its security and privacy, as it is located at the end of a closed street.

“It’s time to grow up”: Jomari Goyso closes a cycle and says goodbye to his house in tears
This is the house in Puerto Rico of Osvaldo Ríos, the ex who broke Shakira’s heart
They sell former mansion of Ivana, ex-wife of Donald Trump, for $72,900,000 dollars
Get to know the inside of the house where Mark Zuckerberg created Facebook and which is for sale today